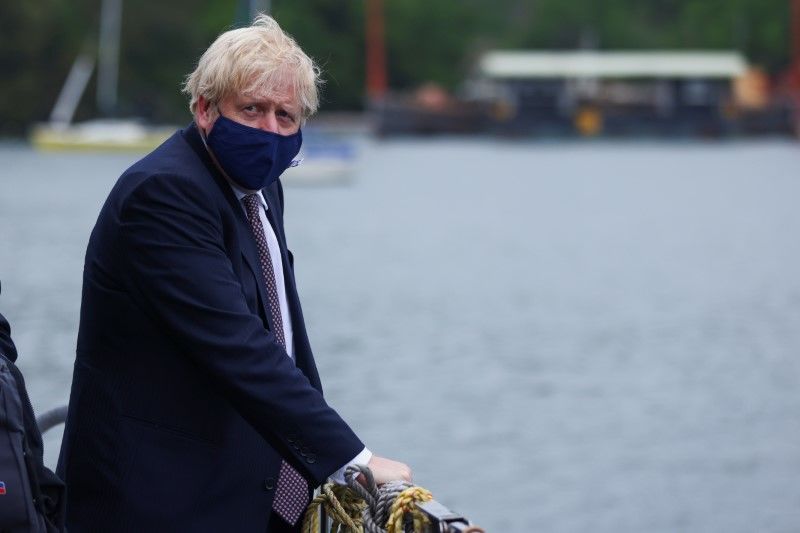 The Tokyo 2020 Olympic Games, which were postponed last year due to the global spread of the coronavirus, is scheduled to start on July 23.

At a meeting with Suga on the sidelines of the Group of Seven summit in the British seaside resort of Carbis Bay, Johnson agreed to work together on a range of issues from trade and technology to defence and climate.

"The prime minister expressed his support for the Tokyo Olympics, and welcomed Japanese efforts to ensure the Games can take place safely," a Downing Street spokesperson said after the meeting.

The Japanese government and Olympic organisers have said the Games will go ahead - barring "Armageddon", as one International Olympic Committee (IOC) member put it.

Tokyo 2020 would be "grateful" if G7 countries could support the Summer Games going ahead as planned, Tokyo 2020 organising committee president Seiko Hashimoto said on Friday.

"It is Japan's expectation that the other members of the G7 countries share the idea of Japan," said Tomoyuki Yoshida, press secretary at Japan's Foreign Ministry. "It is quite encouraging for us for the G7 countries to support the efforts of Japan on this occasion as well."