By Michel Rose and Steve Holland

Under grey clouds, British prime minister Johnson, with ruffled blonde hair, and his new wife Carrie, greeted other G7 leaders and their partners on a specially constructed wooden gangway beside the Atlantic.

After the leaders returned for a socially distanced "family photograph", Germany's Angela Merkel urged Johnson ahead, telling him: "You are the leader."

French President Macron held back, making a few remarks to Italian Prime Minister Mario Draghi, before Biden draped his arm around Macron who returned the embrace. They walked smiling, arm-in-arm along the walkway, discussing affairs of state.

The Elysee Palace said Macron and Biden had talked about "how to make democracies more efficient for the middle class and on China said there should be no confrontation but that we should defend our values and interests".

As he opened the summit, Johnson said it would be hugely significant after the "wretched pandemic" and speculated that perhaps leaders could rebuild in "a more gender neutral, a more feminine, way".

Ordering the media to leave the meeting after his initial remarks, Johnson said: "This is meant to be a fireside chat between the great democracies of the world - it's turned into a gigantic media circus in which we have to greet each other several times."

Such was the awkwardness of many of the staged encounters that U.S. first lady Jill Biden quipped: "I feel like we are at a wedding". Johnson, whose recent marriage is his third, said it was like "walking down the aisle".

President Biden urged journalists to go swimming, feigning an order: "Everybody in the water."

When asked what his message would be to Kremlin chief Vladimir Putin when the two leaders meet in Geneva next week, Biden said: "I'll tell you after I have delivered it." 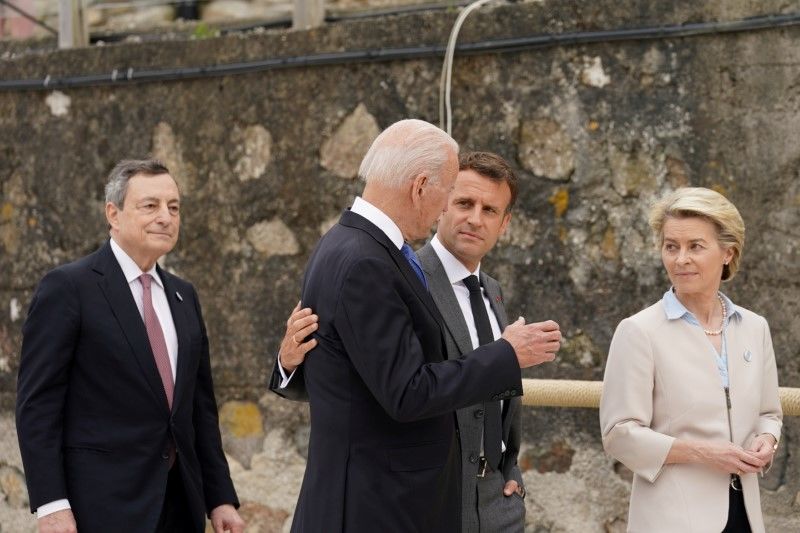 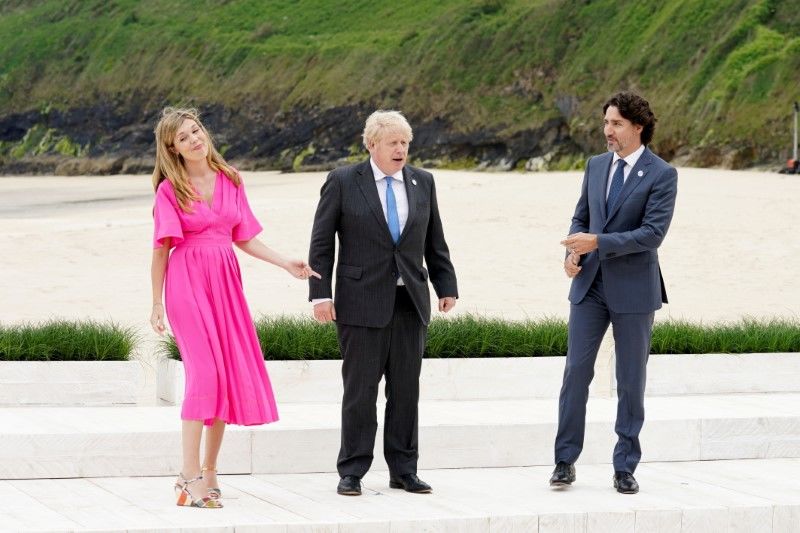 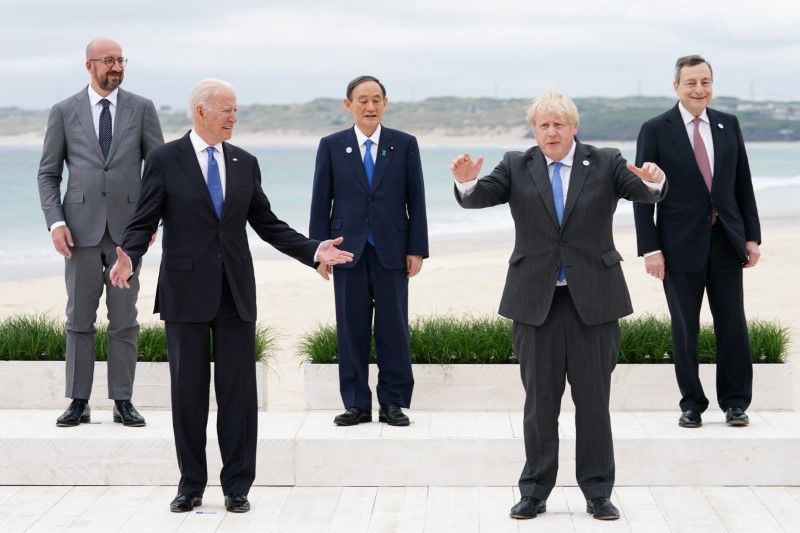