The high support in districts where key mines are located underscores how tensions have burst through after years of conflict between mining firms and the local communities who often say they are left behind and do not share in the wealth.

In mining provinces such as Cotabambas, Espinar and Chumbivilcas, over nine out of 10 people voted for Castillo, election data show, propelling him to a narrow but sustained lead ahead of conservative rival Keiko Fujimori.

Those regions are home to major mines such as the huge Las Bambas copper mine, operated by China's MMG Ltd, Glencore's Antapaccay and Constancia of Canada's Hudbay Minerals. In Chumbivilcas Castillo won 96.5% of votes.

"The people have awakened," Castillo told supporters on Thursday night. He has previously criticized mining firms for "plundering" the country's wealth and has maintained taxation on mineral profits will have to rise sharply to raise funds.

Overall, the election data showed that Castillo received more than 65% support in at least 10 provinces where key copper, gold, silver, and zinc mines are located, giving him a strong mandate in those areas to push reforms.

The election has not yet officially been called, but Castillo is expected to hold on to his narrow 50.2%-49.8% lead after gaining strong support from poor rural areas with pledges to redraft Peru's constitution and redistribute mineral wealth. (Graphic: Peru: Mines and votes - https://graphics.reuters.com/PERU-ELECTION/yxmvjaerepr/chart.png)

Fujimori, a divisive but market-friendly candidate, had looked to lure support from mining regions with a pledge to give funds raised from mining directly to local communities, but the move appears to have fallen short with voters.

Castillo meanwhile promised a far larger shake-up, with plans to retain up to 70% of mining profits, which he wants to invest in healthcare and education reforms, especially in mineral-rich areas that have high poverty rates.

Mining firms have largely waited on the sidelines to see how things shake out, hopeful that a split vote and fragmented Congress, where no party will have a majority, will help temper any sharp reforms.

"We need to recognize what happened here and that what has led to the polarization is the frustration of years due to the political instability and the inefficiency of the state," said Roque Benavides, president of Buenaventura mining firm.

He denied that the issue was with the mining industry, though said that firms could be compelled to make voluntary contribution payments in discussion with a new administration.

"I feel that the political circumstances could lead us to that a little. But nothing will be achieved if there is not efficient spending and investment," he added

The mining sector represents some 60% of Peru's total exports and will be key as the country looks to bounce back from the world's deadliest per capita COVID-19 outbreak, which has triggered an economic collapse and sharp rise in poverty.

The strong support for Castillo was not only in areas where large mines are already developed, but also where new mining sites are being built, an analysis of the data showed.

He received some 86.3% of he vote in the southern district of Torata, where Anglo American and Japan's Mitsubishi are developing the $5.3 billion Quellaveco copper mine, set to begin production in 2022.

In the area of Haquira, home to a $1.8 billion planned project by Canadian First Quantum, 96% of the residents chose Castillo over Fujimori. 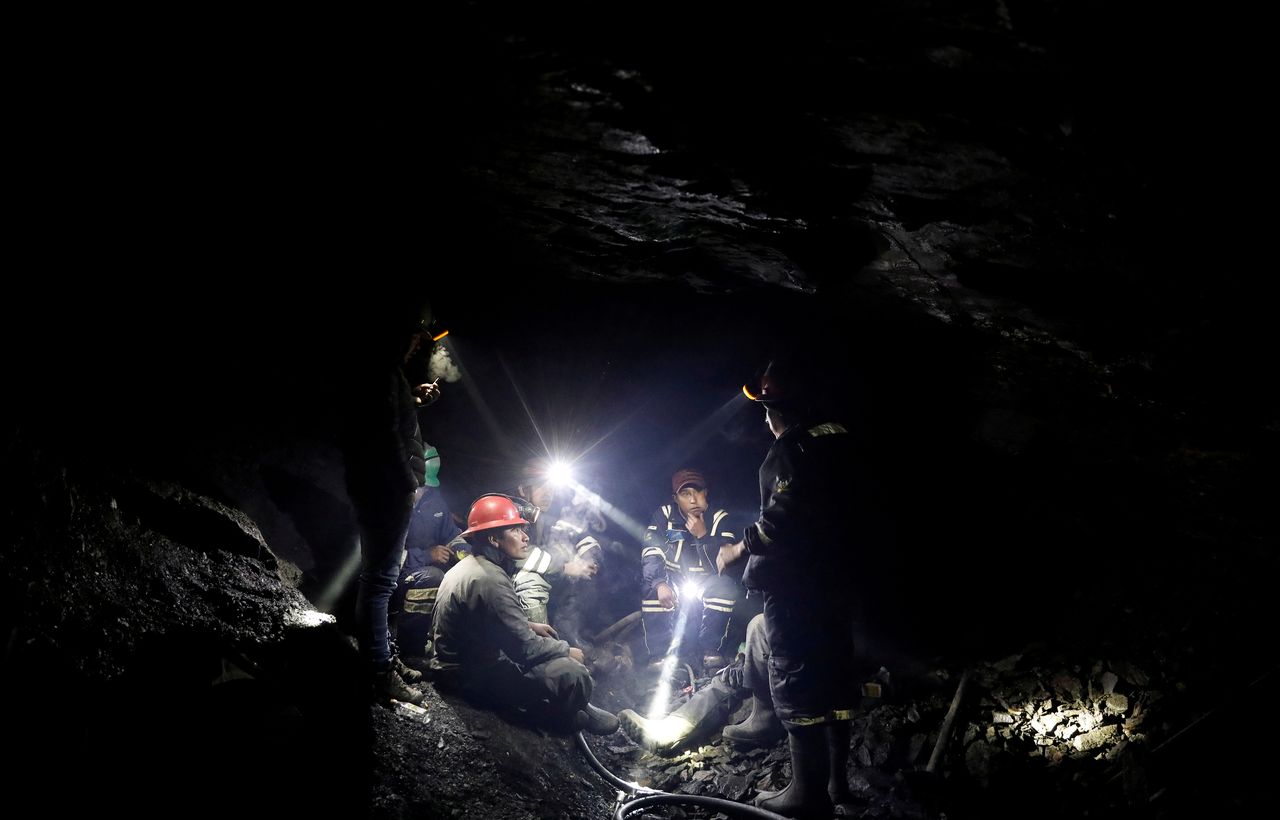 FILE PHOTO: Men who work as miners talk to each other as they sit inside a gold mine in La Rinconada, the Andes, Peru, October 9, 2019. REUTERS/Nacho Doce/File Photo 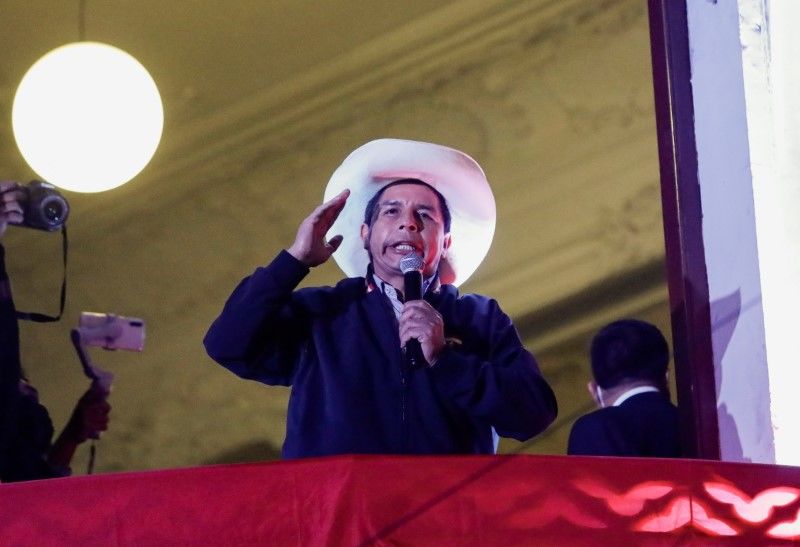 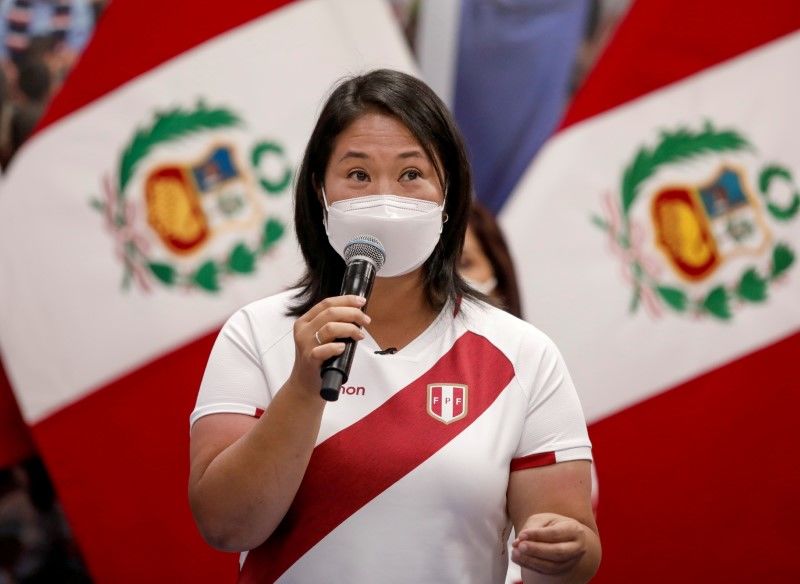 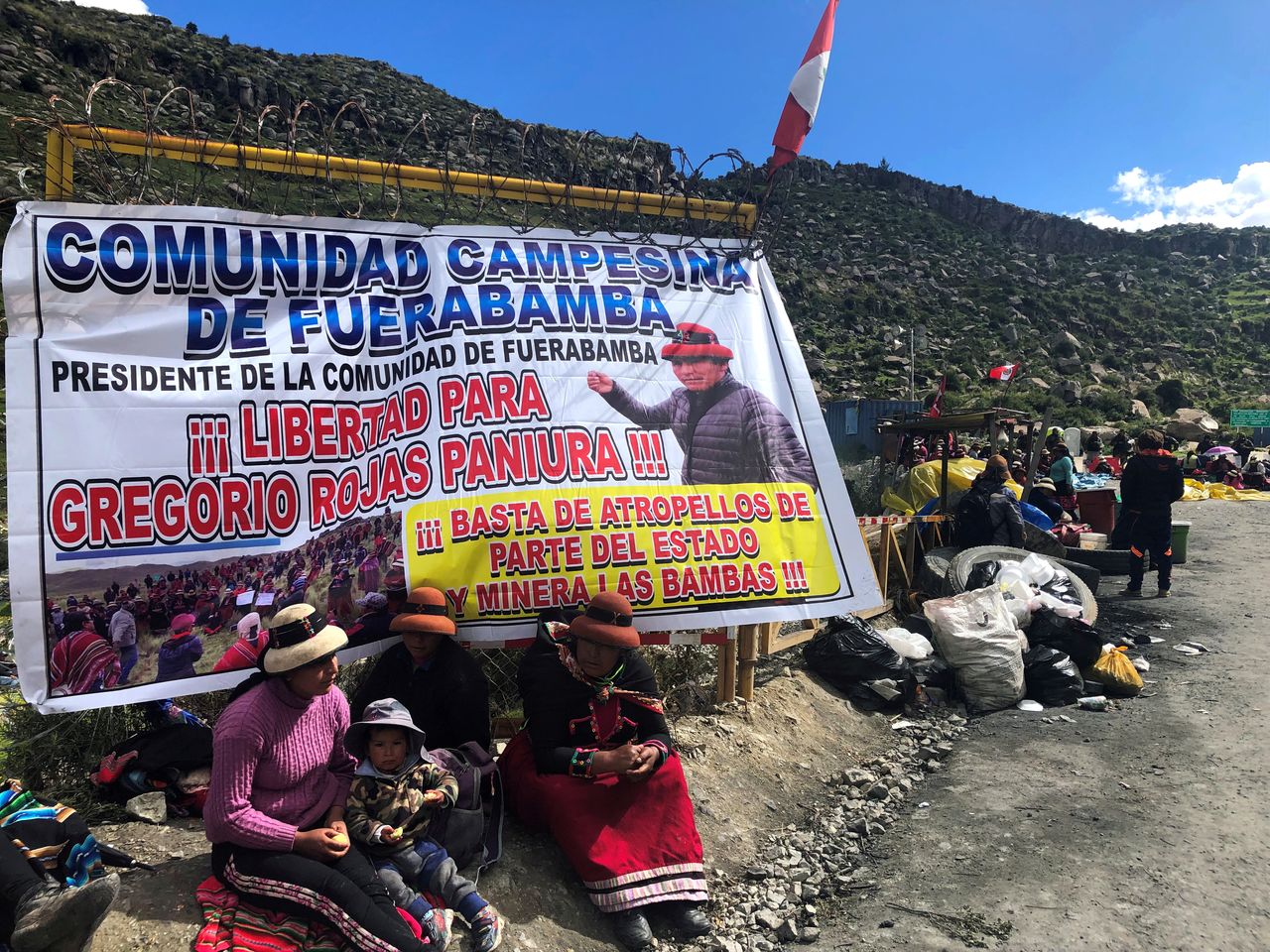 FILE PHOTO: Demonstrators block a road access to a copper mine during a protest in Fuerabamba, Apurimac, Peru March 29, 2019. REUTERS/Mitra Taj/File Photo