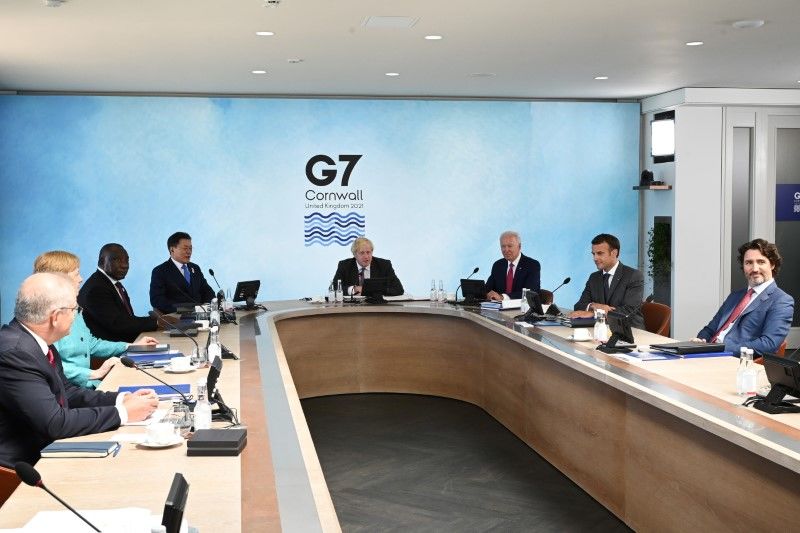 CARBIS BAY, England (Reuters) - G7 leaders have reached consensus on the need for a shared approach to China selling exports at unfairly low prices and to human rights abuses, a senior official in the U.S. President Joe Biden's administration said on Saturday.

The official, speaking on condition of anonymity, said the leaders of the Group of Seven world's largest advanced economies had also agreed on the need to coordinate on supply chain resilience to ensure democracies are supporting each other.

"I would say there was unanimity in terms of a willingness to call out human rights abuses and violations of fundamental freedoms that invoke our shared values," the official said.

"There was commitment to take action in response to what we're seeing." The official said the G7 had moved far from three years ago when the final communique made no mention of China.

Under the legal structure of the World Trade Organization, the designation of China as a "non-market economy" allows its trading partners, including the United States, to use a special framework to determine whether China's exports are being sold at unfairly low prices and, if that is found to be the case, to apply additional anti-dumping duties.