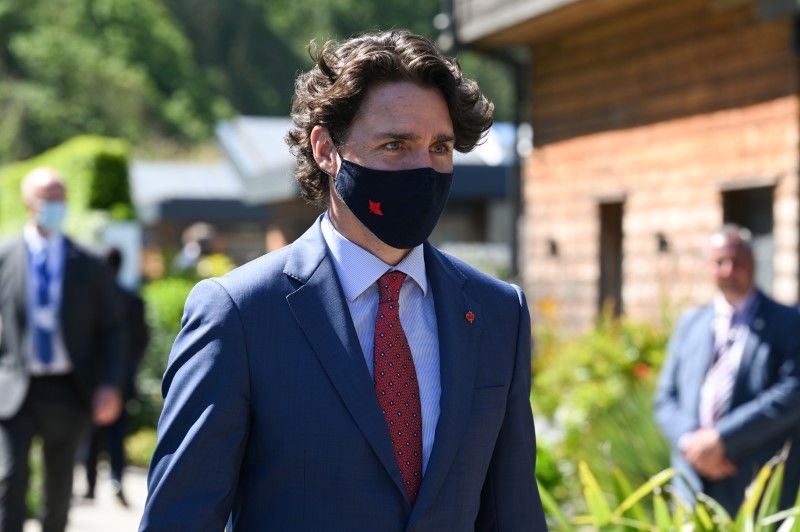 CARBIS BAY, England (Reuters) - Canadian Prime Minister Justin Trudeau led a Group of Seven discussion of China on Saturday and called on leaders to come up with a unified approach to the challenges posed by the People's Republic, a source said.

G7 leaders - who together control about $40 trillion in economic clout - reached broad alignment on building a concerted approach to China, the source with knowledge of the discussions told Reuters.

"Trudeau's message today was that we really need to work to build a consensus on a unified approach to the challenges that China presents all of us," the source said. "We have to show solidarity as a group and show action as a group as well."

"There is a general alignment" at the G7 on China, the source said.