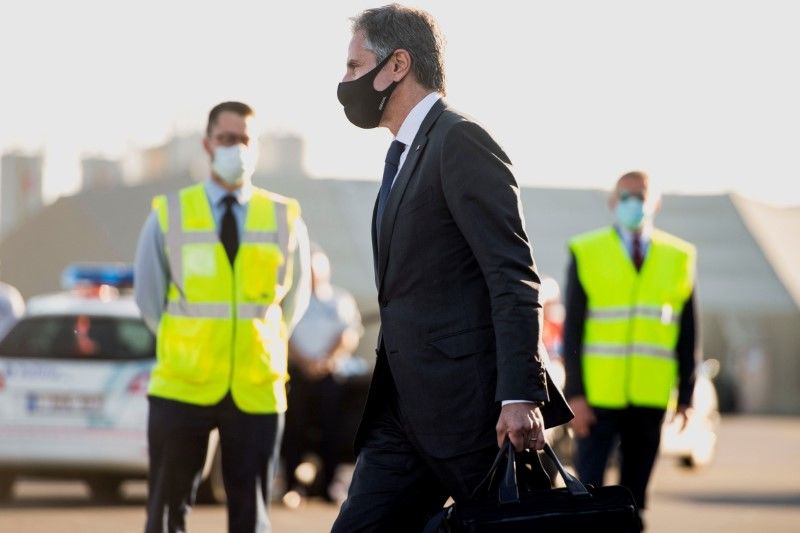 U.S. Secretary of State Antony Blinken walks to his car after disembarking from his airplane upon arrival ahead of the NATO Summit at Brussels Airport in Belgium, June 12, 2021. Saul Loeb/Pool via REUTERS

CARBIS BAY, England (Reuters) - U.S. Secretary of State Antony Blinken and South Korean Foreign Minister Chung Eui-Yong reaffirmed a commitment between their countries and Japan to work closely toward the "denuclearization of the Korean Peninsula," the State Department said.

The statement, issued after the two met on the sidelines of a Group of Seven summit, referred, without naming North Korea, to efforts that have made little or no progress toward getting Pyongyang to abandon its nuclear arsenal.

Blinken and Chung also stressed the importance of multilateral cooperation to address other regional issues "including the return to the path to democracy for the people of Burma," the statement said, referring to a military coup in Myanmar earlier this year.