Exclusive-Toshiba's No.2 shareholder calls for immediate resignation of board chair, 3 directors 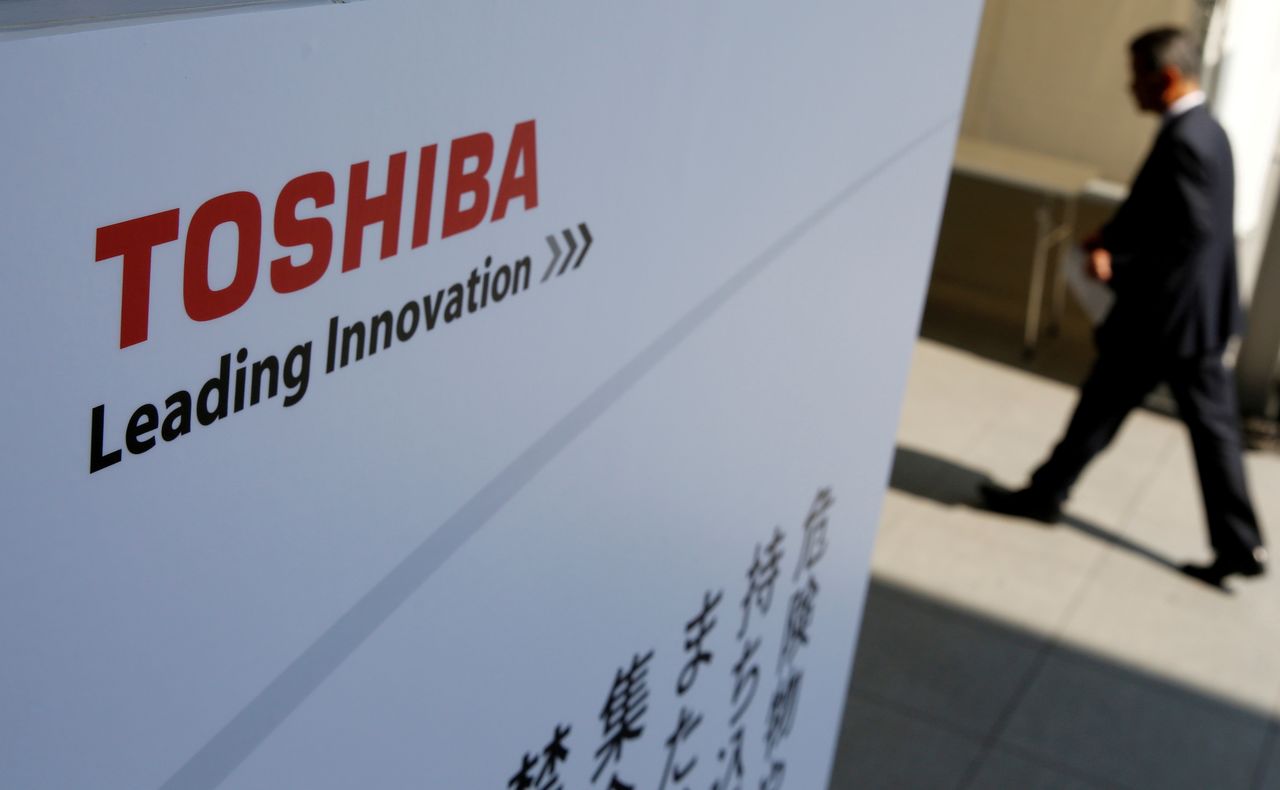 FILE PHOTO: The logo of Toshiba is seen as a shareholder arrives at an extraordinary shareholders meeting in Chiba, Japan, March 30, 2017. REUTERS/Toru Hanai

TOKYO (Reuters) -Toshiba Corp's second-biggest shareholder on Sunday demanded the board chairman and three other directors immediately resign after an investigation found the company had colluded with the Japanese government to pressure foreign investors.

The letter, seen by Reuters, is from 3D Investment Partners, which owns a 7.2% stake in Toshiba. It was sent to the four on Sunday, according to people with direct knowledge of the process.

It is likely to heighten scrutiny into governance at Toshiba, a renowned industrial conglomerate in crisis sparked by Thursday's report. The shareholder-commissioned report marked an explosive turn in a long battle between the Japanese company's management and foreign shareholders.

In addition to 3D, these shareholders include activist investors and Harvard University's endowment fund.

The revelations in the report "are deeply troubling and represent one of the most prominent and shocking corporate governance failures among large public companies anywhere in the world in the last decade," the 3D letter says.

The letter, addressed to board chair Osamu Nagayama and three current audit committee members, describes Nagayama as "ultimately responsible for Toshiba's recent governance failures, including the flawed internal investigation and the board's determination to oppose an outside, independent investigation."

"It is also troubling that you have been silent about the investigative report and have failed to accept responsibility for the misconduct that occurred under your oversight as chair of the board," the letter says.

Toshiba declined to comment on the letter, telling Reuters in a statement it was "carefully reviewing the content of the investigation report and plans to announce its comments towards this investigation result after the review."

The company was holding an emergency meeting on Sunday to discuss reassigning the candidates for three key board committees ahead of a June 25 shareholder meeting. Major shareholder advisory firms recommended against some of the candidates, including the four addressed in the 3D letter.

Four independent directors, all non-Japanese, have said in a sign of revolt that they were no longer in support of the full slate of director candidates nominated by Toshiba.