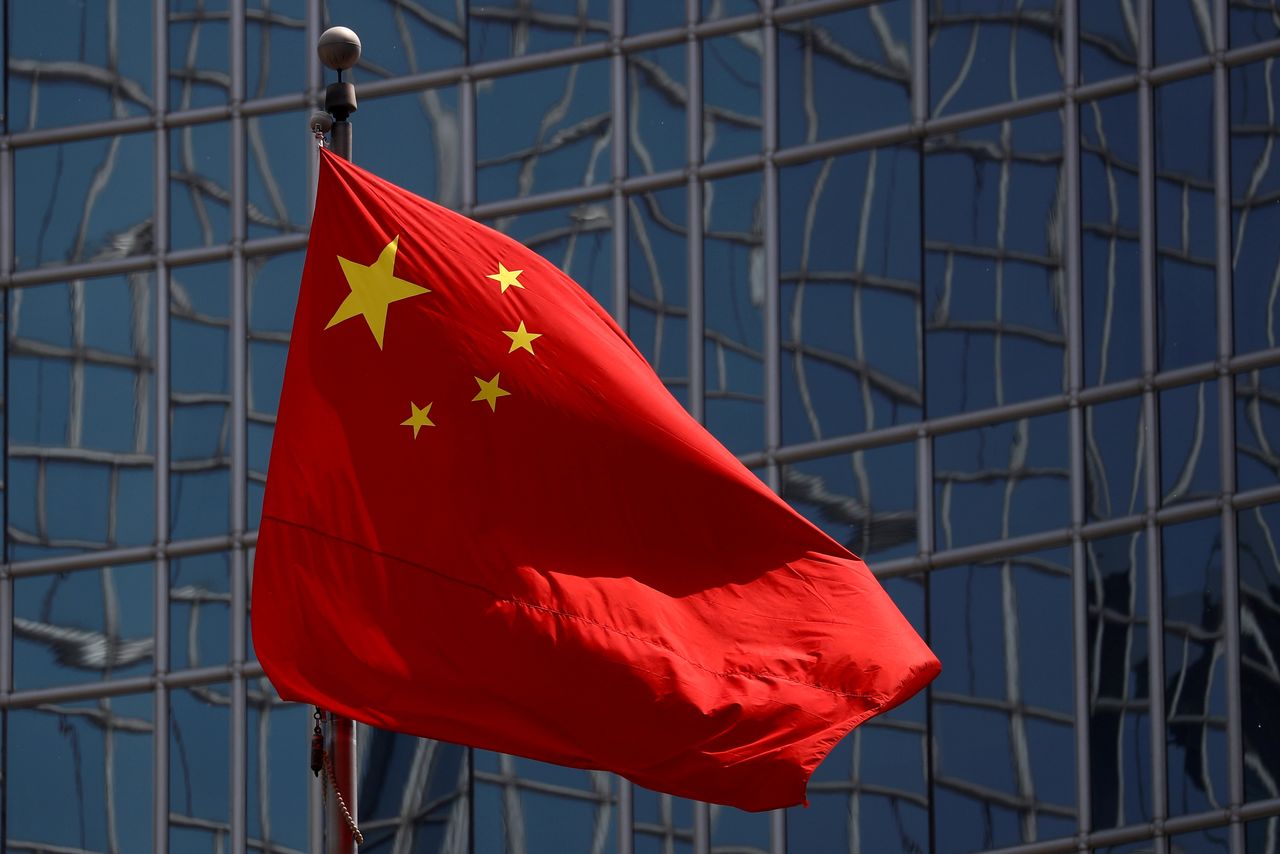 By Guy Faulconbridge and Steve Holland

CARBIS BAY, England (Reuters) -Group of Seven leaders on Sunday scolded China over human rights in its Xinjiang region, called for Hong Kong to keep a high degree of autonomy and demanded a full and thorough investigation of the origins of the coronavirus in China.

After discussing how to come up with a unified position on China, leaders issued a highly critical final communique that delved into what are for China some of the most sensitive issues, including also Taiwan.

China's rise has also unnerved the United States: President Joe Biden casts China as the main strategic competitor and has vowed to confront China's "economic abuses" and push back against human rights violations.

"We will promote our values, including by calling on China to respect human rights and fundamental freedoms, especially in relation to Xinjiang and those rights, freedoms and high degree of autonomy for Hong Kong enshrined in the Sino-British Joint Declaration," the G7 said.

The G7 also called for a transparent, expert-led Phase 2 COVID-19 Origins study including in China, to be convened by the World Health Organization (WHO). Reuters earlier reported the finalised version of the draft communique.

"We haven't had access to the laboratories," Biden told reporters.

Biden said it was not yet certain whether or not "a bat interfacing with animals and the environment... caused this COVID-19, or whether it was an experiment gone awry in a laboratory".

Before the G7 criticism emerged, China pointedly cautioned G7 leaders that the days when "small" groups of countries decided the fate of the world were long gone.

The G7 also underscored "the importance of peace and stability across the Taiwan Strait, and encourage the peaceful resolution of cross-Strait issues".

"We remain seriously concerned about the situation in the East and South China Seas and strongly oppose any unilateral attempts to change the status quo and increase tensions," they said.

Biden said democracies were in a global contest with "autocratic governments", and that the G7 had to deliver viable alternatives.

"We're in a contest, not with China per se, ... with autocrats, autocratic governments around the world, as to whether or not democracies can compete with them in a rapidly changing 21st century," Biden told reporters.

"As I've told (Chinese President) Xi Jinping myself, I'm not looking for conflict. Where we cooperate, we'll cooperate; where we disagree I'm going to state this frankly, and we are going to respond to actions that are inconsistent."

The G7 - comprising the United States, Japan, Germany, France, Britain, Italy and Canada - said it was concerned about forced labour in global supply chains including in the agricultural, solar, and garment sectors.

Beijing has repeatedly hit back against what it perceives as attempts by Western powers to contain China. It says many major powers are still gripped by an outdated imperial mindset after years of humiliating China.

U.N. experts and rights groups estimate that more than a million people, mainly Uyghurs and other Muslim minorities, have been detained in recent years in a vast system of camps in Xinjiang in northwest China.

China denies all accusations of forced labour or abuse. It initially denied the camps existed, but has since said they are vocational centres and are designed to combat extremism. In late 2019, China said all people in the camps had "graduated".