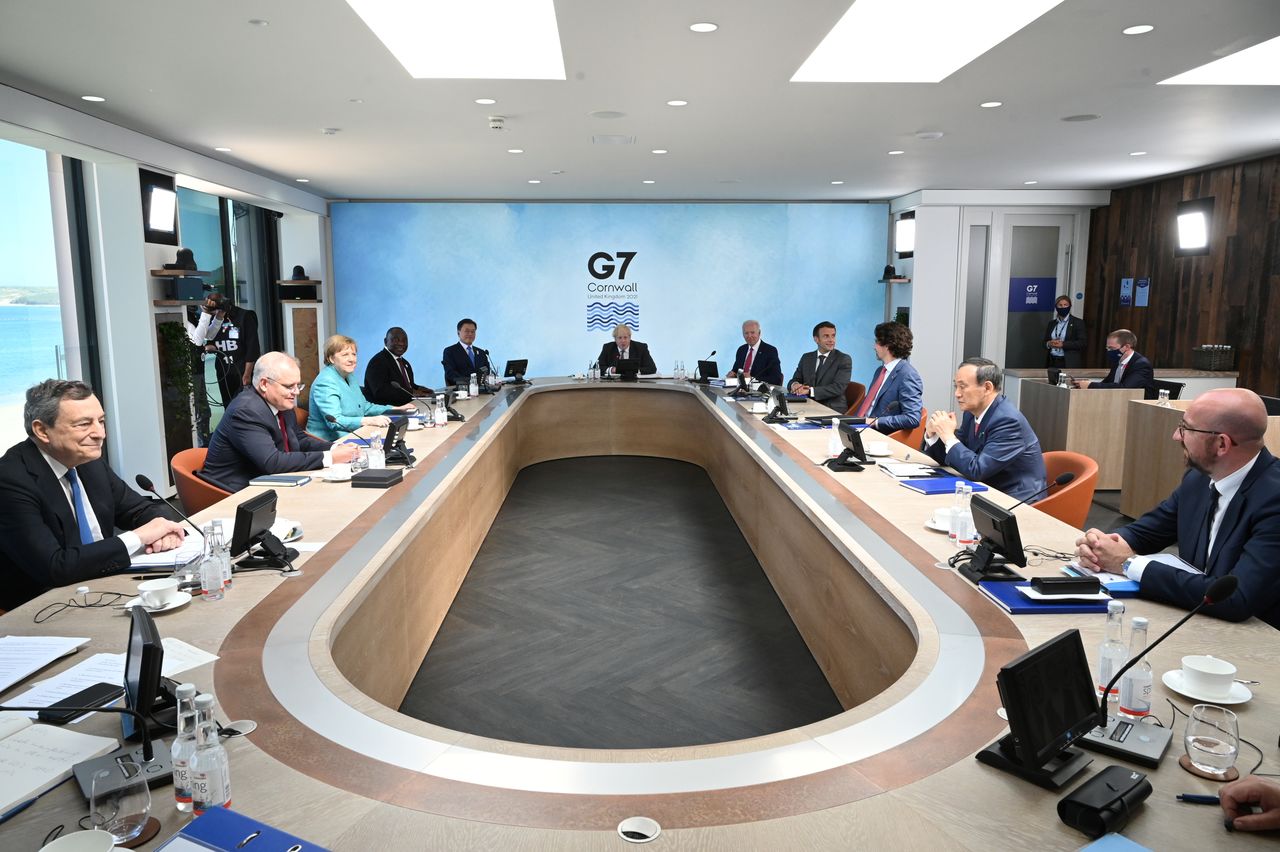 CARBIS BAY, England (Reuters) - Group of Seven leaders were trying to resolve differences over a proposal to reallocate $100 billion from the International Monetary Fund's warchest to help countries struggling to cope with the COVID-19 crisis.

An almost final version of the G7 communique seen by Reuters showed Germany and Italy had yet to back the inclusion of the $100 billion figure in the final statement by leaders.

The IMF's members agreed in April to a $650 billion increase in IMF's Special Drawing Rights and the G7 countries are considering whether to reallocate $100 billion of their rights to help poor countries fight the COVID pandemic.

SDRs are the IMF's reserve asset, and are exchangeable for dollars, euros, sterling, yen and Chinese yuan or renminbi. Member states can loan or donate their SDR reserves to other countries for their use.

The head of the IMF, Kristalina Georgieva, told reporters on the sidelines of the summit that she had been heartened by the G7's support for the plan and that she expected a clear indication later on how best to proceed, adding that the $100 billion target had been in discussion.