Box Office: 'In the Heights' Disappoints With $11 Million Opening Weekend

LOS ANGELES, (Variety.com) - "In the Heights," the acclaimed adaptation of Lin-Manuel Miranda's Broadway show, didn't hit all the right notes in its box office debut.

The Warner Bros. movie generated a wane $11.4 million from 3,456 U.S. theaters in its first four days of release, below expectations heading into the weekend that suggested the film would reach $20 million. "In the Heights" also opened on HBO Max, the streaming service owned by the studio's parent company WarnerMedia, though the company didn't report its digital viewership.

The disappointing commercial reception is puzzling because critics embraced the film, showering it with some of the best reviews of the pandemic era. Moreover, Warner Bros. put substantial marketing heft behind the picture, and director Jon M. Chu and Miranda devoted a great deal of energy into promoting the movie, which compensated for the fact that its cast was comprised of mostly unknown stars and emerging actors.

The film's hybrid release on HBO Max likely affected in-theater turnout, but it isn't the sole reason that inaugural ticket sales for "In the Heights" came in under projections. Recent Warner Bros. releases like "Godzilla vs. Kong," "Mortal Kombat and "The Conjuring: The Devil Made Me Do It" still pulled in solid receipts despite being offered simultaneously on streaming. But, as audiences are slowly making their way back to theaters, box office charts are indicating that people have been more inclined to show up for properties with more brand recognition. Though the Tony Award-winning "In the Heights" isn't an original property like "La La Land" or "The Greatest Showman," it's not as well known as Miranda's other musical sensation "Hamilton," or even "Rent," "Les Miserables" or "Cats."

To that end, box office prognosticators believe "In the Heights" can find an audience over the summer, similar to the box office sleeper hit that was 2017's musical "The Greatest Showman." The Fox movie debuted to a muted $8.8 million, but audiences fell in love with the soundtrack and Hugh Jackman's charisma and returned to theaters over and over again. It tapped out with $174 million and $438 million globally, a huge result. Though "In the Heights" isn't expected to reach those box office heights, it doesn't have much competition on the horizon and could continue to play on the big screen.

Based on the 2008 Broadway show, "In the Heights" follows a bodega owner named Usnavi (Anthony Ramos), who discovers that his mom-and-pop stop-and-shop has sold a winning lottery ticket. As the lively neighborhood of Washington Heights in upper Manhattan reaches sweltering hot temperatures, friendships, relationships and dreams are put to the test. The ensemble cast also includes Melissa Barrera, Leslie Grace, Corey Hawkins and Olga Merediz. Quiara Alegr?a Hudes, who wrote the book of the musical, penned the screenplay. "In the Heights" carries a $55 million production budget.

Also new to theaters this weekend, Sony's animated family film "Peter Rabbit 2: The Runaway" arrived with a middling $10.4 million from 3,346 venues through Sunday. Amid the pandemic, films catered to family crowds, like Universal's "The Croods: A New Age" and Warner Bros.' "Tom and Jerry," have been reliable theatrical draws, so the "Peter Rabbit" sequel could have a long life on movie theater marquees. 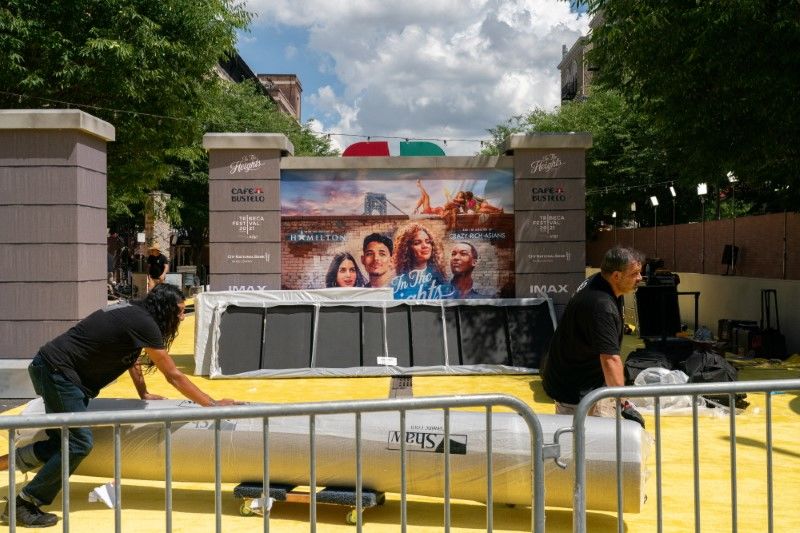 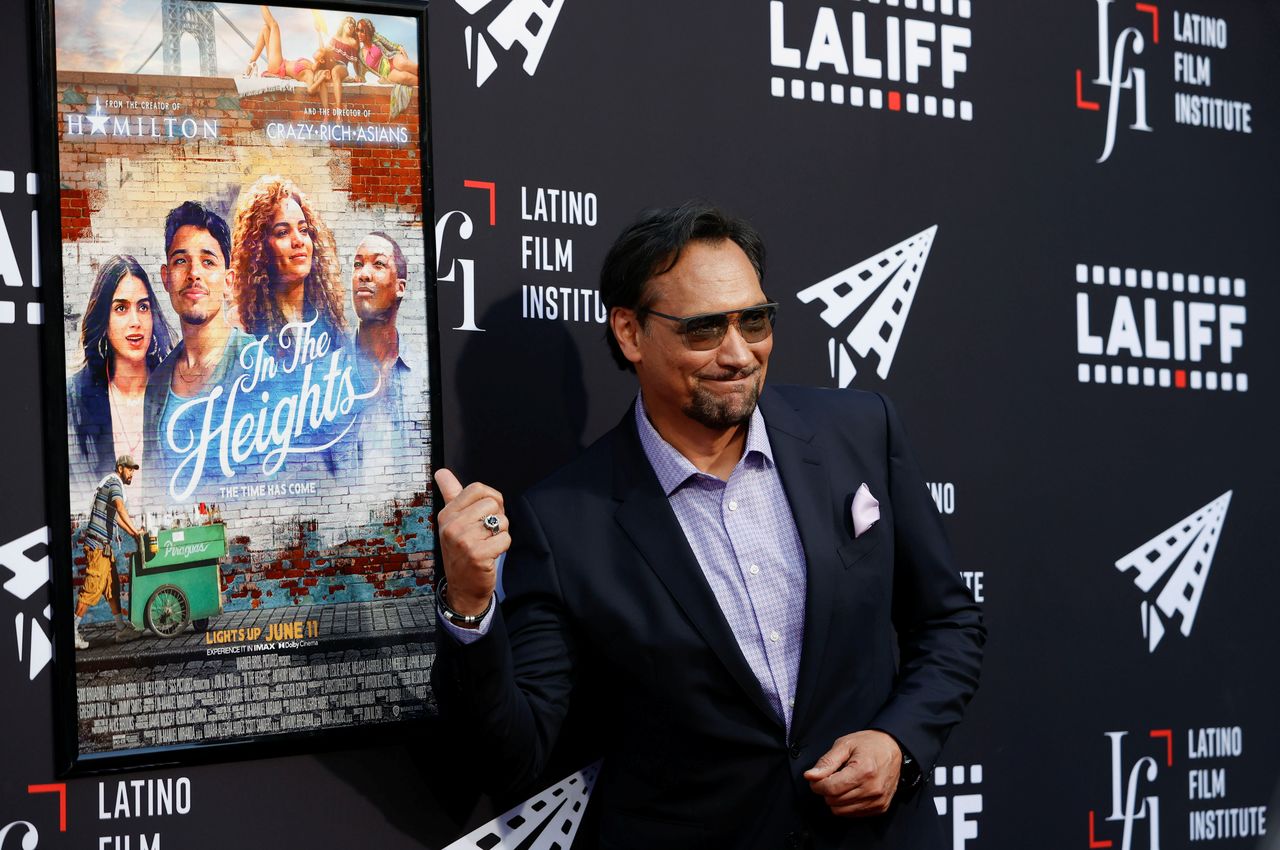