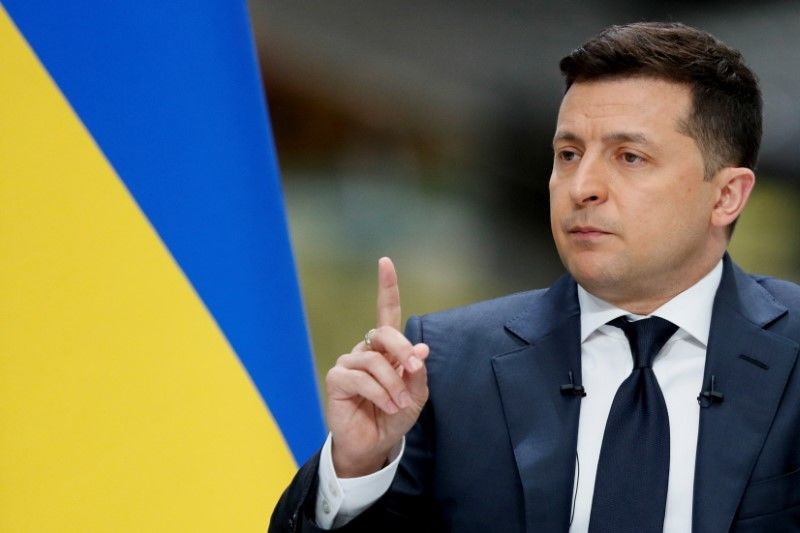 KYIV (Reuters) - Ukraine's president, Volodymyr Zelenskiy, thanked the G7 group of wealthy industrial nations on Sunday after it voiced support for Kyiv and called on Russia to withdraw troops and weapons from near Ukraine's eastern border.

Leaders of the United States, Britain, Canada, France, Germany, Italy and Japan reaffirmed their backing for Ukraine and called on Moscow to stop its destabilising behaviour in a communique issued after a three-day summit in the UK.

"Commend the unwavering support by #G7 states in the Summit's communiqué," Zelenskiy wrote in Twitter.

"Grateful to leaders for the continued support for Ukraine's independence & sovereignty & the call to the aggressor to withdraw troops from Ukraine's borders & Crimea. #Crimea is Ukraine!"

Kyiv hopes pressure from Western allies could force Moscow to withdraw tens of thousands of its troops deployed in April near Ukraine's eastern border and in Crimea, which Russia annexed in 2014.

The West expressed concern about the worsening of the situation in the eastern region of Donbass, where Ukrainian troops fought Russian-backed forces in a conflict that Kyiv said had killed 14,000 people since 2014.