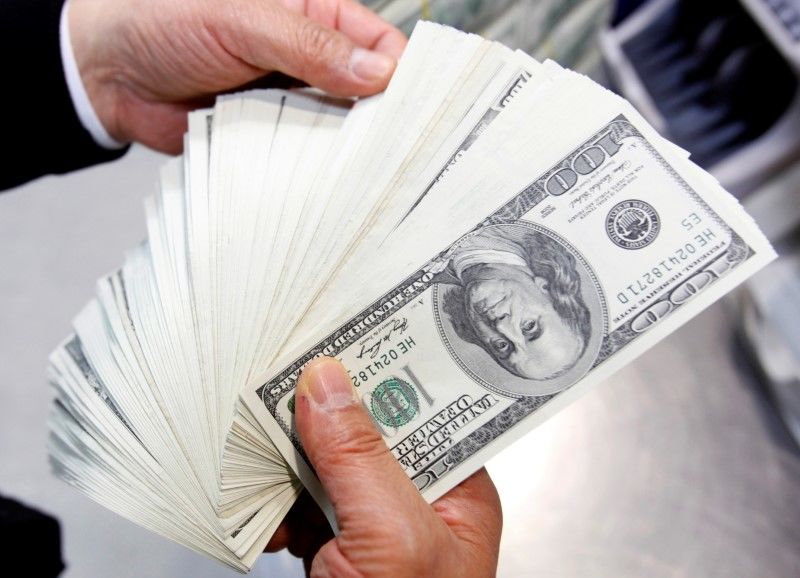 FILE PHOTO: An employee of the Korea Exchange Bank counts one hundred U.S. dollar notes during a photo opportunity at the bank's headquarters in Seoul April 28, 2010. REUTERS/Jo Yong-Hak/File Photo

NEW YORK (Reuters) - The dollar was little changed against a basket of major currencies on Monday as traders awaited a much-anticipated U.S. Federal Reserve meeting later this week that might signal a change in the outlook for U.S. monetary policy.

"It's all about the FOMC this week, and we'll be watching to see exactly how much taper talk has really been going on and if it has any impact on the medium term outlook," Brad Bechtel, global head of FX at Jefferies, said in a note.

The dollar index, which measures the greenback against a basket of six currencies, was about flat on the day at 90.512. Last week the index rose 0.4%, its largest weekly change in five weeks.

Muted FX moves in recent weeks crushed the Deutsche Bank FX Volatility Index down to 5.6 on Friday, its lowest in nearly 16 months.

The dollar's strength against the Japanese currency may be a sign the FX market is looking for a less dovish outcome from the Fed meeting, Simpson said.

The Fed begins a scheduled two-day policy meeting on Tuesday. Nearly 60% of economists in a Reuters poll said a much-anticipated taper announcement will come in the next quarter, despite a patchy recovery in the job market.

Recent data pointing to a surge in inflation has raised concerns that price pressure following the post-COVID-19 economic reopening could force policymakers into an earlier tapering of currency-depreciating stimulus.

Sterling was largely unmoved by Monday's news that Britain is set to delay the end of social distancing measures as the government seeks to contain a rapid rise in COVID-19 infections.

In cryptocurrencies, bitcoin traded above $40,000 for the first time in more than two weeks, before pairing gains to trade at $39,649.03.