UK's Johnson set to announce delay to end of restrictions

British Prime Minister Boris Johnson is expected to announce on Monday that the end of COVID-19 restrictions will be delayed following concern about the rapid rise in infections of the Delta variant.

Under a roadmap outlined by Johnson in February, the government signalled all social restrictions imposed to control the spread of the disease would be lifted "no earlier" than June 21, when pubs, clubs and other hospitality venues could fully reopen.

But in recent weeks there has been a fast growth again in the number of new cases caused by the Delta variant, first discovered in India, which health officials believe to be 60% more transmissible than the previous dominant strain.

Many Indian states eased coronavirus restrictions on Monday including the capital Delhi, where authorities allowed all shops and malls to open, as the number of new infections dropped to the lowest in more than two months.

Experts have cautioned against a full re-opening as India has vaccinated only about 5% of its estimated 950 million adults with the necessary two doses, leaving millions vulnerable.

Infections peaked in India in May with about 400,000 new cases a day but that dropped to 70,421 new infections reported on Monday, the lowest daily increase since March 31, health ministry data showed.

South Korea began easing restrictions on large concerts and sports events on Monday after announcing last week it would loosen a series of coronavirus curbs as it pushes ahead with its vaccination drive.

Up to 4,000 people will be allowed to attend K-Pop concerts and other cultural shows from Monday, up from a capacity limit of fewer than 100 people since late last year, according to measures announced by health officials on Friday.

Sports stadiums will be able to operate at a 30% to 50% capacity, depending on the districts, up from 10%.

Thailand's recently launched vaccination campaign was hit by confusion in the capital, Bangkok, on Monday after at least 20 hospitals postponed inoculation appointments set for this week, citing delays in vaccine deliveries.

The hospital announcements were made on their Facebook pages, while Bangkok's vaccine booking app also sent messages saying appointments after Tuesday would be delayed, as officials sought to reassure the public over vaccine supplies.

"There may have been confusion because private hospitals did not check with the Bangkok administration," health minister Anutin Charnvirakul told reporters.

AstraZeneca shot has good risk-benefit profile for over 60s

The head of the EU drug regulator's COVID-19 task force said on Sunday that AstraZeneca's vaccine had a favourable risk-benefit profile for all age groups and particularly for those over 60.

"Unfortunately my words have not been interpreted correctly in a recent interview with La Stampa," Cavaleri said in a statement to Reuters. 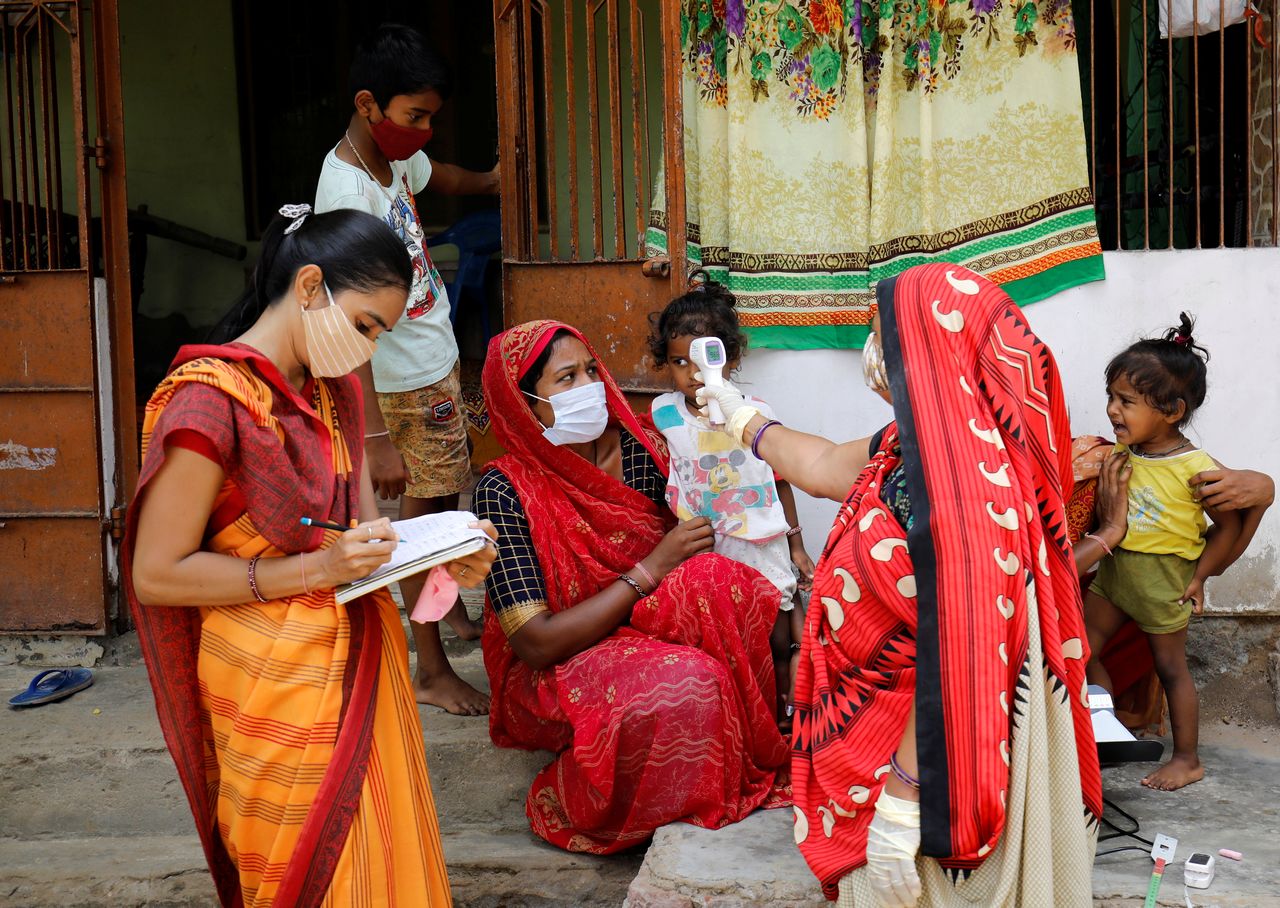 FILE PHOTO: A healthcare worker checks the temperature of a child during a door-to-door surveillance to safeguard children amidst the spread of the coronavirus disease (COVID-19), at a village on the outskirts of Ahmedabad, India, June 9, 2021. REUTERS/Amit Dave/File Photo 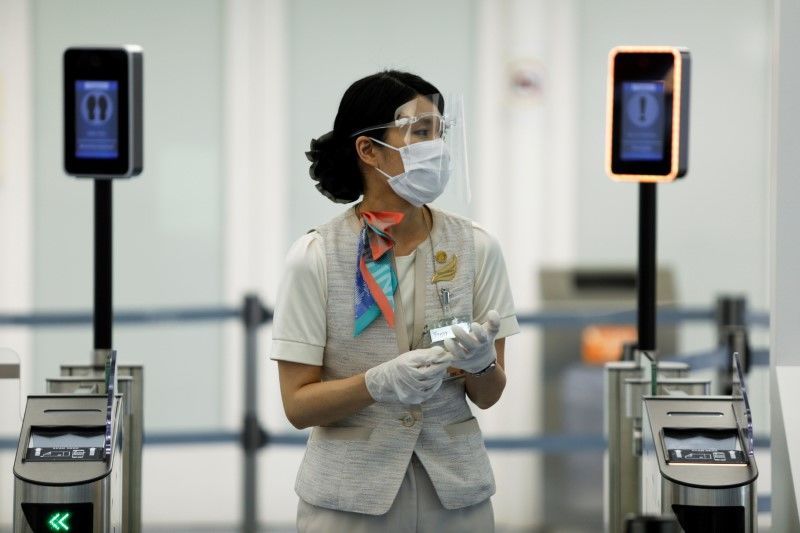