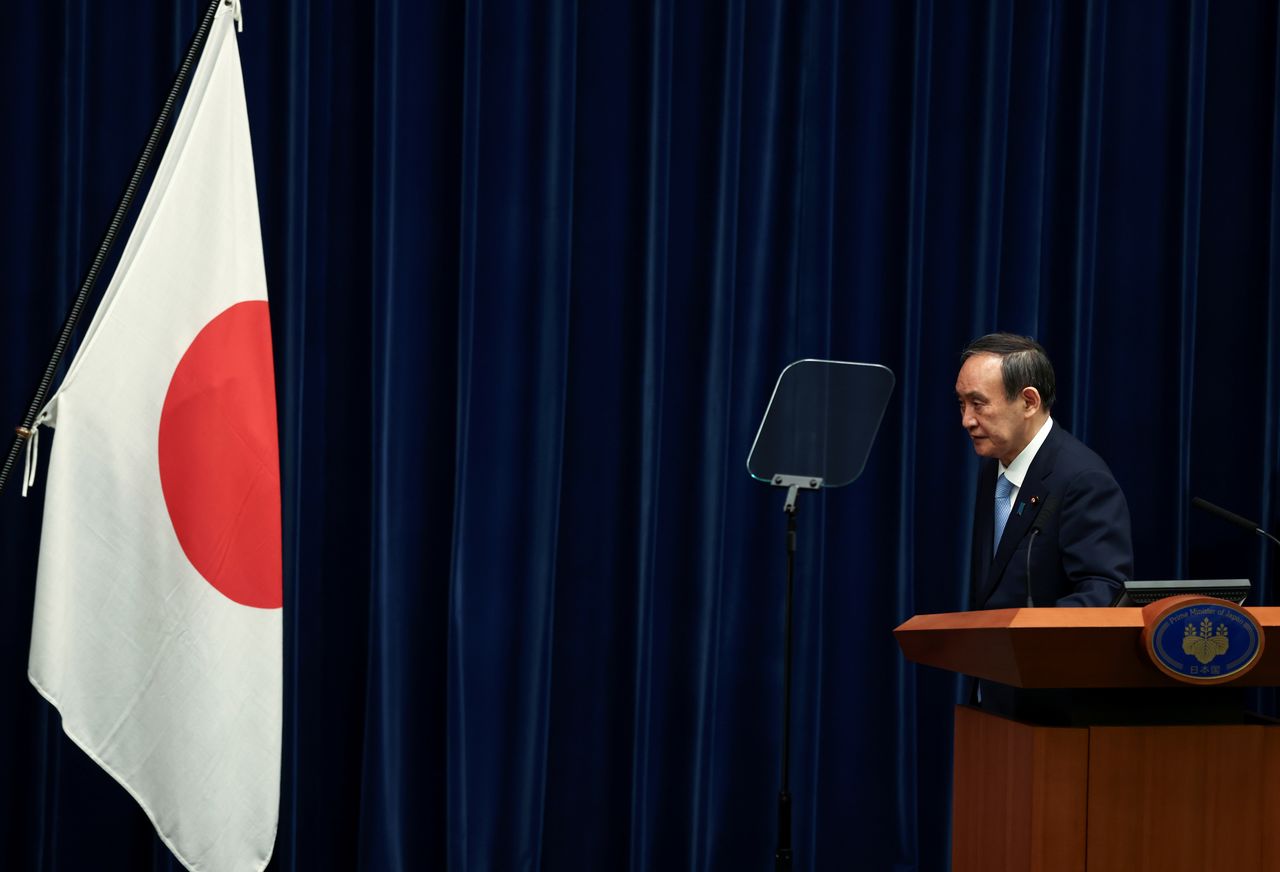 FILE PHOTO: Japan's Prime Minister Yoshihide Suga bows in front of the national flag at a news conference after the government's decision to exted a state of emergency amid coronavirus disease (COVID-19) pandemic, at the prime minister's official residence in Tokyo, Japan May 28, 2021. Behrouz Mehri/Pool via REUTERS

TOKYO (Reuters) - Japanese Prime Minister Yoshihide Suga's Cabinet will face a no-confidence motion from opposition parties over its refusal to extend the current parliamentary session, the Kyodo news agency reported on Monday, though it is very unlikely to succeed.

The opposition parties plan to submit the motion on Tuesday, Kyodo said, citing Yukio Edano, the leader of the main opposition Constitutional Democratic Party of Japan.

The move is almost certain to fail as Suga's Liberal Democratic Party (LDP) and its coalition partners hold a majority of seats in the lower house of parliament.

The opposition has called for extending the parliamentary session for three months beyond its scheduled last day on Wednesday to respond to the COVID-19 pandemic.

Suga has been at a summit of the Group of Seven rich democracies in Britain, where he won support for pressing ahead with the Tokyo Olympics that are due to start next month despite concerns over the pandemic.

(Reporting by Rocky Swift in Tokyo; Editing by Gareth Jones)