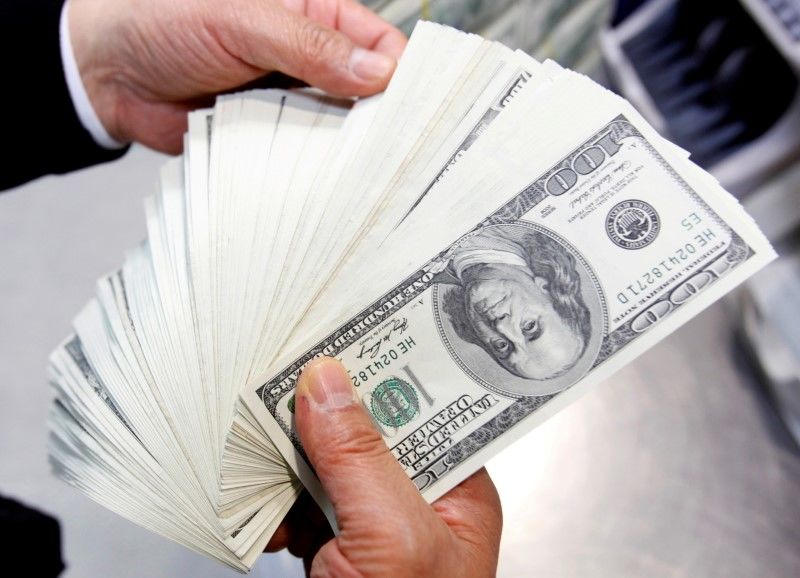 NEW YORK (Reuters) - The dollar rose to a one-month high against a basket of currencies on Tuesday, aided by data showing inflation speeding up, but its gains were capped as traders awaited the outcome of the U.S. Federal Reserve's two-day policy meeting for hints of plans to start tapering its bond purchases.

Data on Tuesday showed U.S. retail sales fell more than expected in May, with spending rotating back to services from goods as vaccinations allow Americans to shake off COVID-19 restrictions.

The Fed's two-day meeting was set to end on Wednesday and it is due to issue a policy statement afterward. So far Fed officials, led by Chair Jerome Powell, have said rising inflationary pressures are transitory and ultra-easy monetary settings will stay in place for some time.

"Assuming that some of the recent increase in inflation is indeed sustained, we would argue that the Fed will react to it, supporting the USD later this year," analysts at BofA Global Research said in note.

Nearly 60% of economists in a Reuters poll expect a tapering announcement in the next quarter.

In cryptocurrencies, bitcoin hovered around the $40,000 level, a day after it climbed above that mark for the first time in more than two weeks, aided by the promise of fresh investment from major backer MicroStrategy and an upbeat tweet from Tesla boss Elon Musk.

Musk on Sunday flagged that the carmaker could resume transactions using the token if miners can use cleaner energy to process them.