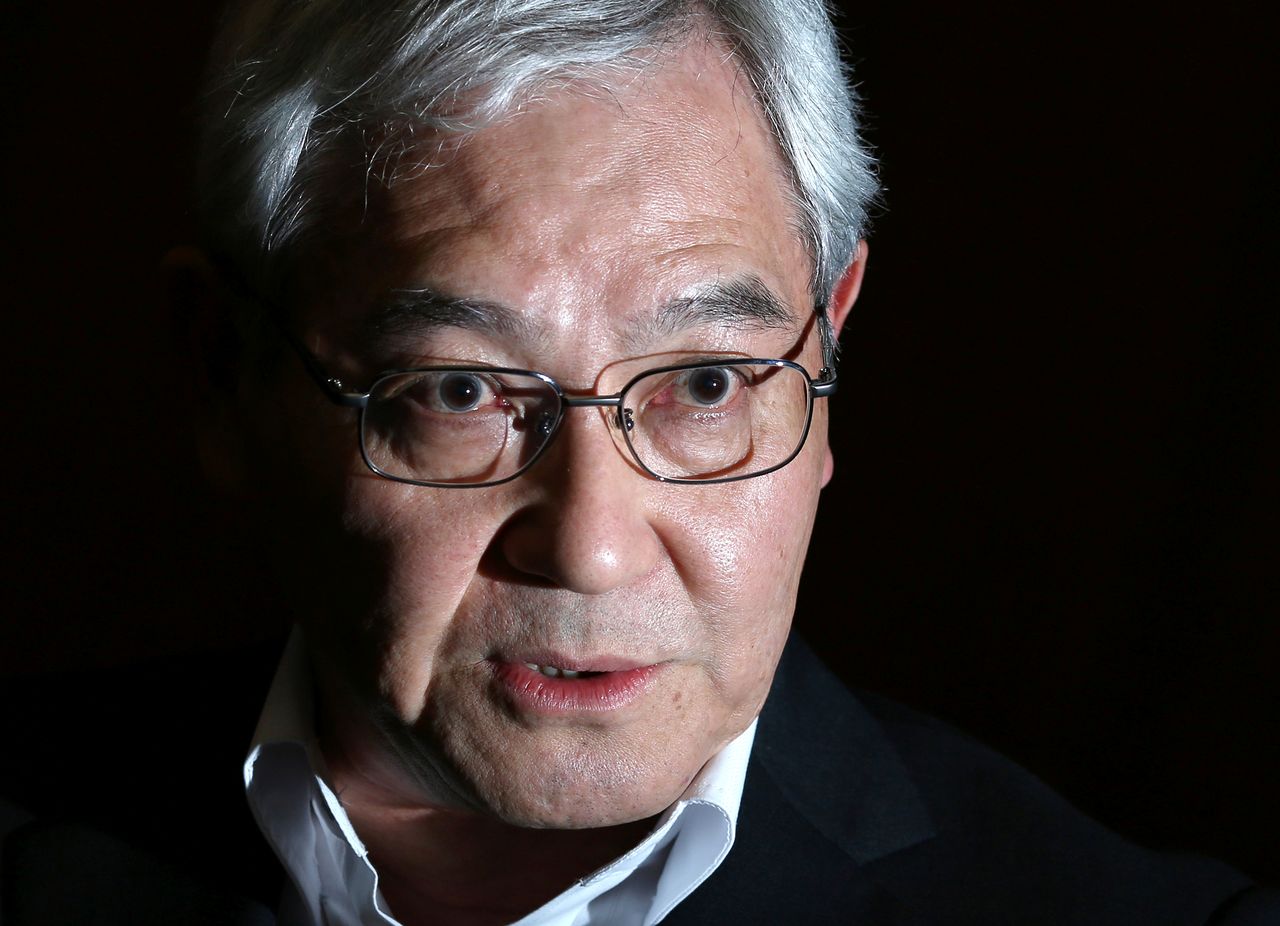 FILE PHOTO: Bank of Japan's (BOJ) board member Makoto Sakurai speaks during an interview with Reuters at the BOJ headquarters in Tokyo, Japan, September 1, 2016. REUTERS/Toru Hanai

TOKYO (Reuters) -The Bank of Japan must eventually consider ways to unload its huge holdings of exchange-traded funds (ETF), such as by selling them to households, said former central bank policymaker Makoto Sakurai.

But the timing will be years away as Japan's economy could take until 2024 to fully recover from the coronavirus pandemic's scars, forcing the BOJ to maintain its massive stimulus beyond Governor Haruhiko Kuroda's term ending in April 2023, he said.

"The current stimulus won't last forever. The BOJ needs to consider (how to exit) at some point. But that won't be until 2024 or 2025," Sakurai told Reuters in an interview on Monday.

"The BOJ will have to stick to the current framework for the remainder of Kuroda's term, as Japan's economy won't recover that quickly," said Sakurai who, during his five-year stint at the board was seen as among Kuroda's closest associates.

Under yield curve control (YCC), the BOJ guides short-term interest rates at -0.1% and 10-year bond yields around 0%. It also buys huge amounts of government bonds and risky assets like ETFs to pump money to the economy.

Before stepping down in March, Sakurai took part in the BOJ's decision that month to make YCC sustainable enough to weather a prolonged battle to fire up inflation.

The March review has allowed the BOJ to sustain YCC for several more years by allowing it to maintain ultra-loose policy without expanding its balance sheet too much, Sakurai said.

Among the steps was to ditch a numerical target on the pace of ETF buying, and clarifying that it would allow 10-year yields to move 50 basis points around its 0% target in hope of breathing life back to a dormant bond market.

Despite the steps, trading volume in Japan's bond market hit a near-two-decade low in May. Still, Sakurai said it was "too early" to take further steps to revitalise the market, arguing that more time was needed to see whether Japanese yields would move in response to external developments.

After tapering bond and ETF purchases, the BOJ must also come up with ways to unload its ETF holdings, Sakurai added.

The BOJ's ETF holdings has ballooned to roughly 50 trillion yen ($454 billion), making it the biggest holder of Japanese shares and drawing heat for exposing its balance sheet to excessive market risk.

One option would be to sell ETFs to households via a third-party scheme, said Sakurai.

"It's something the BOJ must consider at some point," Sakurai said on taking ETFs off its balance sheet.

"Ideally, it would be a framework that facilitates households' asset management in an ageing society, and doesn't create losses for stake-holders including the BOJ," Sakurai said.

Sakurai, who voted for Kuroda's proposals throughout his stint at the BOJ, said the two have had frequent one-on-one exchanges on issues ranging from economic theory to history.