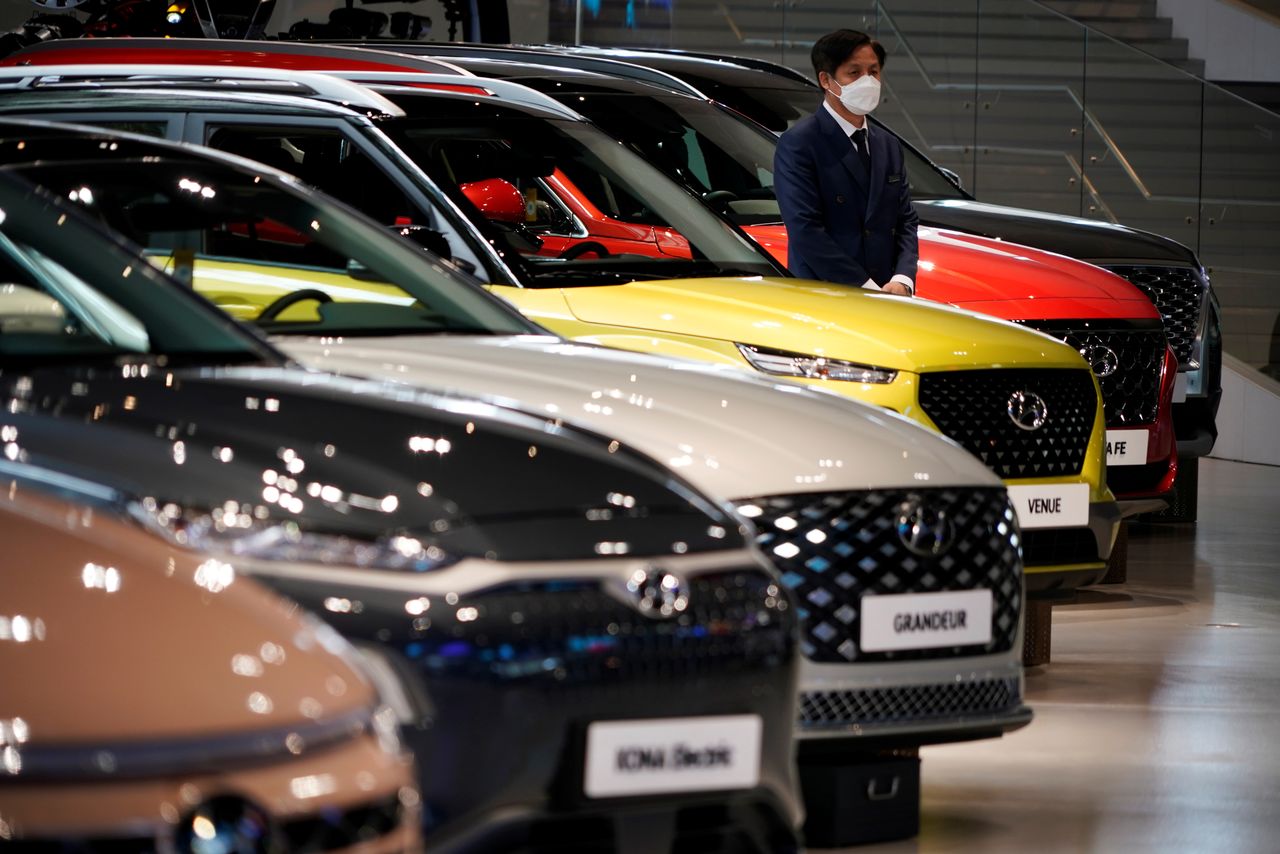 SEOUL (Reuters) -Hyundai Motor Group is in talks with South Korean chip companies to help it reduce reliance on foreign supplies amid a global shortage that has halted assembly lines at automakers around the world, four people familiar with the matter told Reuters.

Hyundai officials have met with local "fabless" firms - which design chips but outsource manufacturing to the likes of TSMC and Samsung Electronics Co Ltd - as it explores long-term strategies to better diversify its supply chain, according to two people at local fabless firms who met with Hyundai.

Such a shift will be hard, though, because local technology still lags industry leaders such as Dutch automotive chip supplier NXP Semiconductors and Japan's Renesas Electronics Corp, industry experts said.

"It would take four to five years to supply auto chips, while it could take less than one year for designing and producing chips for home appliances," the person said.

"The company is pursuing plans to "localize" auto chips in a bid to diversify supply chains in South Korea after experiencing chip sourcing issues, mostly caused by suppliers being outside of the country," said a person at Hyundai's sister company, Kia.

Hyundai has fared better than global rivals in the first quarter, thanks to its efforts to stockpile chip inventories in anticipation of tighter supplies.

But the shortage, exacerbated by factors including a fire at a chip factory in Japan and storms in Texas, is catching up with Hyundai.

The company has suspended production at its South Korean factories as well as its production in the United States due to chip shortages.

The sources all spoke on the condition of anonymity because the discussions were private.

Hyundai Mobis <012330.KS>, the group's parts company, said in a statement to Reuters: "There are no on-going discussions with relevant companies, and while we think it is necessary to review chip development in the long term, there are currently no detailed directions or specific push concerning the issue."

Hyundai has also reached out to contract chip makers, known as foundries, to discuss potential manufacturing plans, a person with knowledge of the matter told Reuters.

Analysts said South Korean fabless firms such as Silicon Works and Telechips, and foundry owners such as DB HiTek could work with Hyundai in the long term, but noted that Hyundai may not have held talks with them.

"Hyundai presented its plans to produce in-house chips, but we haven't pinned down any specifics yet ... when it comes to expanding our production capacity, we need to make investment," said the person at one of the foundries in South Korea.

"Hyundai seems to believe that there would be enough or even strong demand for auto chips even after this recent chip shortage resolves," the person added.

The global chip shortage is expected to stretch to the second quarter of 2022, according to research firm Gartner.

Analysts noted that foundries are don't like to expand production capacity for specific customers because it may take years to recoup spending on equipment and capital investment, and demand can change quickly.

"Our chips may not become Hyundai's major chips or substitute those chips already in use, but ours could be Hyundai's solution in times of shortage or disruption to supply chains abroad," a senior official at a fabless company said.