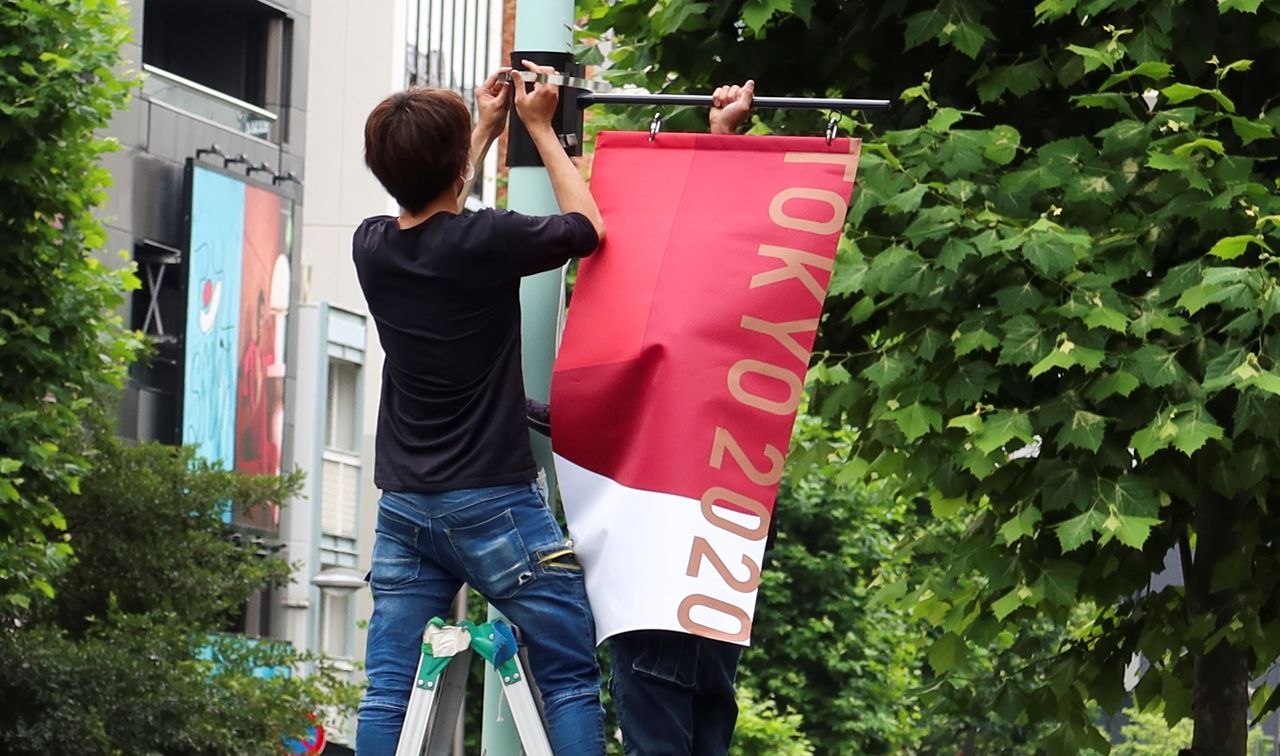 TOKYO (Reuters) -Japan's government will include a pledge to achieve a "safe and secure" Tokyo Olympic Games in its economic blueprint due out on Friday, according to a final draft seen by Reuters on Wednesday.

An earlier draft blueprint only called for making the Olympics leave "various legacies" behind, while the final version appeared to stress the government's resolve to go ahead with the Games.

The final draft came days after Prime Minister Yoshihide Suga said he had won support at a G7 summit meeting in Britain for holding the Olympics despite public concern that the sports extravaganza could worsen the spread of coronavirus infections.

"(We) will realise the safe and secure Games while creating various legacies," the draft said.

The government will also clarify its resolve to complete its vaccination programme by the end of November, according to the draft which is due to be approved by the cabinet on Friday.

It said the government would do the utmost to curb infections, while firmly backing businesses, jobs and people's livelihood by conducting flexible macroeconomic policy.

"We will ensure economic recovery by deploying all policy tools while tapping external demand, with the resolve never to push Japan back into deflation," the draft read, citing green, digital, local regions and childcare as key areas of investment.

It called for doubling outstanding foreign direct investment in Japan to 80 trillion yen ($727.80 billion) by 2030.

"We will strive to make the size of the economy 600 trillion yen and achieve the aim of fiscal reform."

To achieve fiscal reform, the draft kept the government's pledge to achieve a primary budget surplus by fiscal year-end in March 2026 while reassessing the target by the end of this fiscal year taking into account coronavirus fallouts.