Toyota thanks shareholders for support after shares hit record high 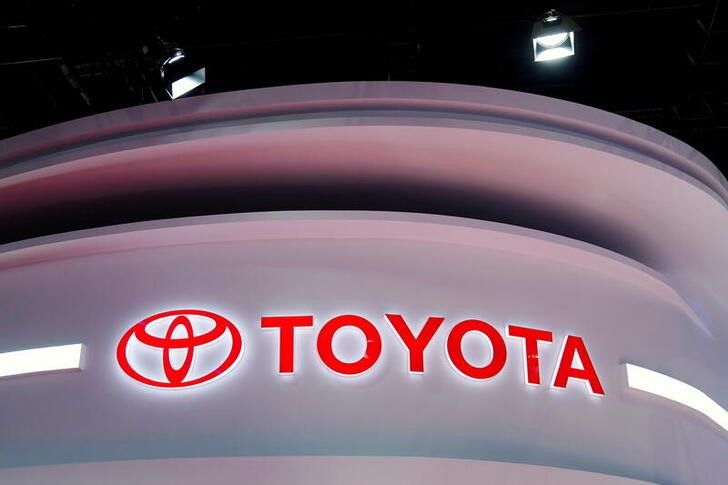 TOYOTA CITY (Reuters) - Toyota Motor Corp's shares reached a record high on Wednesday, earning a rare message of thanks from the company's president at its annual general meeting (AGM).

The share price of Japan's no. 1 carmaker exceeded 10,000 yen ($90.84) on Tuesday for the first time, as investors welcomed Toyota's strong sales, electric plans as well as its ability to tackle a global chip shortage better than the competitors.

The share reached 10,330 yen on Wednesday, a record high, valuing the company at more than $301 billion. U.S. electronic carmaker Tesla Inc is valued almost twice that by investors at $577.38 billion.

"It could be accidental that our share price topped 10,000 yen as we prepared for the meeting, but we were so much encouraged because of it," said company president Akio Toyoda at the AGM held at Toyota's headquarter in Toyota City, Nagoya.

"We have made actions, errors and improvements. What we have now is the result of those 12 years," Toyoda said, when asked by a shareholder to reflect on his presidency as Japan's no.1 automaker for over a decade.

Toyota has said it will increase its number of electric models to around 70 from currently offered 55 by 2025, while aiming to make all its global factories carbon neutral by 2035.

The carmaker, which looks to fully redesign itself to a mobility company, needs to bring in multiple viewpoints and values as a driving force of creating innovation, Toyoda said.