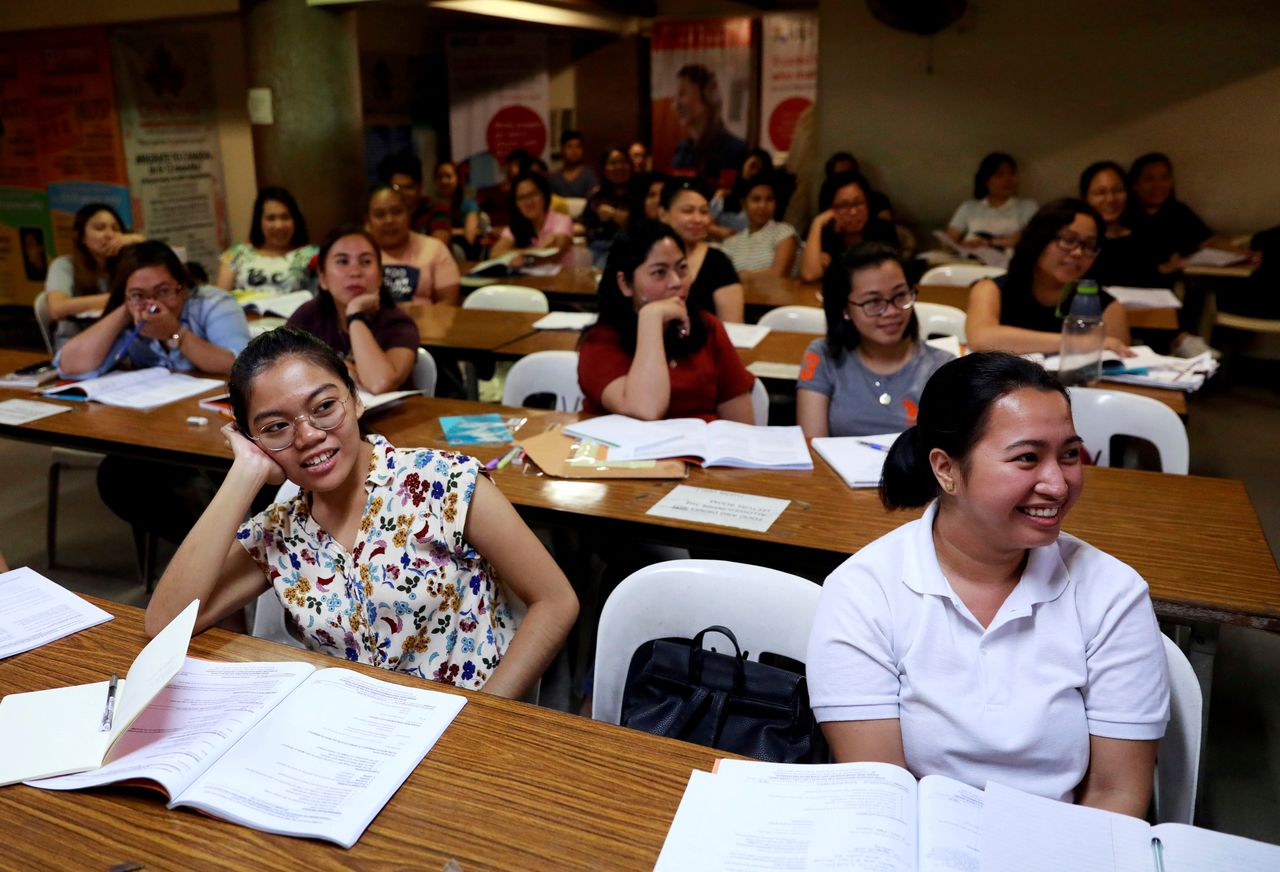 MANILA (Reuters) - The Philippines' labour minister said on Wednesday he will ask for government approval to allow 5,000 more healthcare workers to be deployed abroad, double the annual cap in a country that is one of the world's biggest sources of nurses.

After lobbying by nurses groups, Labour Secretary Silvestre Bello said he will recommend to the coronavirus task force on Thursday that the cap is raised.

Nurses are among the more than 10 million Filipinos who work and live overseas, with annual remittances in excess of $30 billion a key driver for the country's consumption-driven economy.

"There are reasons to allow health workers to seek good jobs abroad," Bello told a news conference. "We will make sure we will not run out of nurses and doctors."

More than 200,000 nursing graduates have chosen to work in other industries because of meagre compensation and benefits in the healthcare sector, Jocelyn Andamo, secretary general of the Filipino Nurses United, told Reuters.

"This is a positive development, but hopefully the deployment ban will be fully lifted," Andamo said.

At least 4,000 nurses intending to work in Germany, the Middle East, Scotland, Japan, Singapore, the United States and Australia were barred from leaving after the cap of 5,000 was reached this month, data from the nurses group show.

President Rodrigo Duterte lifted a deployment ban on healthcare workers in November, but limited the number allowed to leave to ensure there would be enough at home as the Philippines battles one of the worst COVID-19 outbreaks in Asia.