NEW YORK (Reuters) - Global banks JPMorgan Chase & Co and Goldman Sachs are delaying plans for workers to return to U.K. offices after the government extended its COVID-19 restrictions until mid-July due to the rapid spread of the more infectious Delta variant.

Goldman Sachs Group Inc, which required most U.S. staff to return to offices this week, told U.K. staff on Tuesday that working at its London office will remain voluntary for now, according to a memo seen by Reuters. Social distancing and mask-wearing is required, while the broader return to office plans are postponed until July, the bank said.

JPMorgan Chase & Co, which is requiring the majority of U.S. staff to return next month, notified U.K.-based employees that its broad return-to-office plans are on hold until July, according a memo to its staff.

The investment banks had planned to bring more staff back to offices--on a rotational basis, subject to a 50% occupancy cap--on some of the quickest timelines.

For both banks, roughly 20-30% of staff had been working in offices for several months, which allowed them to work out social distancing and health check protocols.

But the U.K. said delaying full reopening until July 19 will allow it to get more people fully vaccinated. Currently, about 41 million people have received their first shot and nearly 30 million have had both doses - about 57% of the adult population.

The majority of Goldman Sachs employees have "either had their first dose (of the vaccine) or expect to receive it before Monday, 21 June," Richard Gnodde, head of Goldman Sachs International, wrote in his memo to staff.

Studies on Monday showed the Delta variant doubles the risk of hospitalization, but two doses of vaccines made by Pfizer and AstraZeneca offer more than 90% protection against hospitalization. 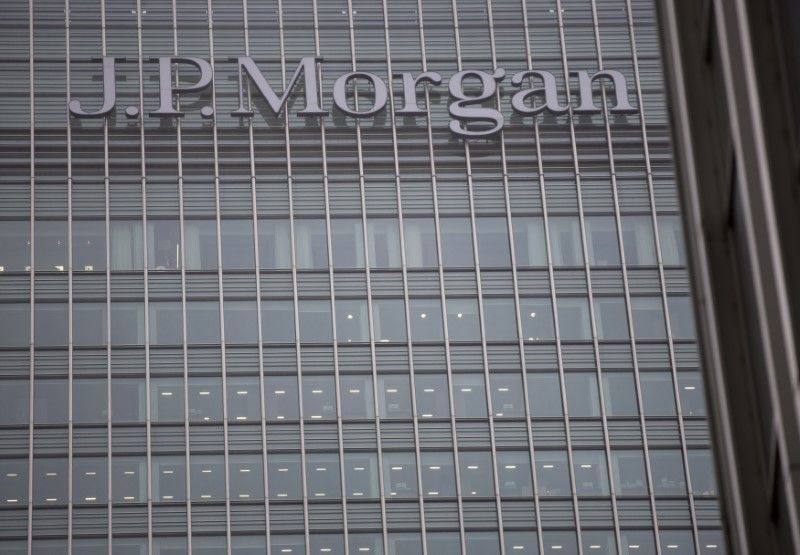 FILE PHOTO: A sign is seen on the Canary Wharf offices of JP Morgan in London September 19, 2013. REUTERS/Neil Hall 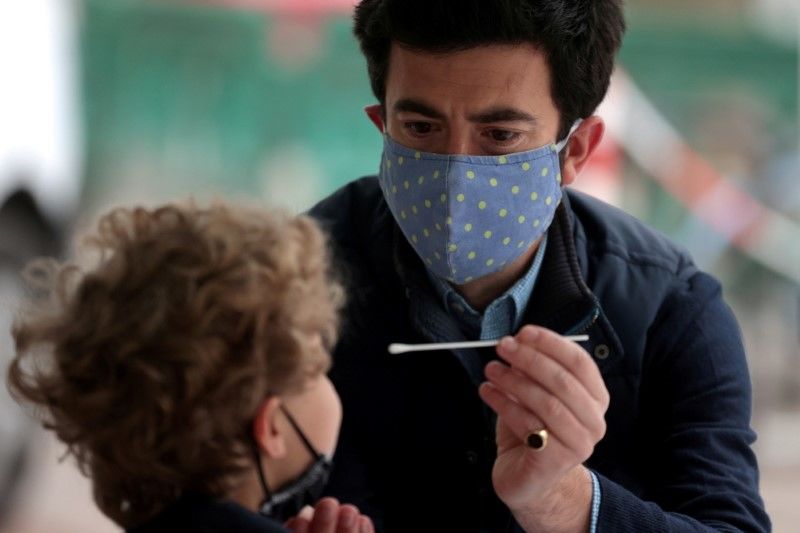 FILE PHOTO: A man takes a swab sample for the coronavirus disease (COVID-19) from his son at a surge testing site in London, Britain, May 14, 2021. REUTERS/Hannah McKay