By Yuka Obayashi and Kiyoshi Takenaka

TOKYO (Reuters) - Japan said on Thursday it would ease emergency coronavirus curbs in nine prefectures including Tokyo while keeping some measures, including limiting spectator numbers at big events, amid fears that next month's Olympics could trigger a surge in infections.

Prime Minister Yoshihide Suga called on the Japanese public to watch the Olympics on TV to avoid spreading the virus, saying it was crucial to avoid any rebound in COVID-19 cases at the Games, due to start on July 23 after being postponed last year.

"The important thing is to continue with our policies with a sense of urgency to prevent the spread of infections. At the same time we must keep up our vaccination efforts to prevent the collapse of the medical system," he told a news conference.

Under the "quasi emergency" measures, bars and restaurants, which are now barred from serving alcohol, will be allowed to do so until 7 p.m. provided they maintain COVID precautions. But local authorities can choose to keep the ban if they think it is necessary. Restaurants will still be asked to shut by 8 p.m.

Japanese media have reported that the government, which has barred foreign spectators, is considering allowing up to 10,000 domestic fans into stadiums during the Games, in line with a plan endorsed by health experts https://www.reuters.com/lifestyle/sports/japan-considering-limited-domestic-spectators-olympics-media-2021-06-15 on Wednesday for events.

Polls have shown most Japanese people remain wary about the possibility that the Games will spread infections, particularly as vaccination rates are still lower than in other wealthy countries. Suga said on Thursday that the vaccination of over-65s was likely to be completed by the end of July.

With the pace of decline in new infections in Tokyo slowing in recent days, some experts have warned of a likely rebound and stressed the need to respond quickly through further curbs or even the reinstatement of a state of emergency in the capital, Economy Minister Yasutoshi Nishimura said earlier.

Asked whether the government would ask the International Olympic Committee (IOC) to cancel or postpone the Games even after they have started if there was a threat to public health and lives, Nishimura said: "The IOC has the final say."

"Our top priority is to protect life and health. We will do our utmost to control infection and secure hospital beds."

The organisers are due to decide as early as Monday on whether to allow domestic spectators at the Games and look likely to keep some restrictions on crowd numbers.

Under the "quasi-emergency" measures, just as under a state of emergency, spectators at major events are limited to 5,000 or half of a venue's capacity, whichever is smaller.

Health experts including top medical adviser Shigeru Omi agreed on Wednesday that the number of spectators at venues could be raised to 10,000, but only in areas where the "quasi-emergency" had been lifted.

The Mainichi newspaper reported the government aimed to allow spectators into the Games, with the 10,000 cap. A decision on the maximum number of spectators is expected early next week.

Public broadcaster NHK said on Thursday that Omi and other health experts had compiled proposals for the Games, stating that banning spectators would be the least risky approach.

If spectators are to be allowed, the experts proposed there should be more restrictions than those applied to other large-scale events, NHK reported.

Chief Cabinet Secretary Katsunobu Kato declined to comment on the reported proposals. He also said Japan aimed to introduce vaccine passports by around late July in an effort to ease travel restrictions.

Omi will hold an online news conference on Friday about experts' advice on how best to control the pandemic during the Games, the Japan National Press Club said. 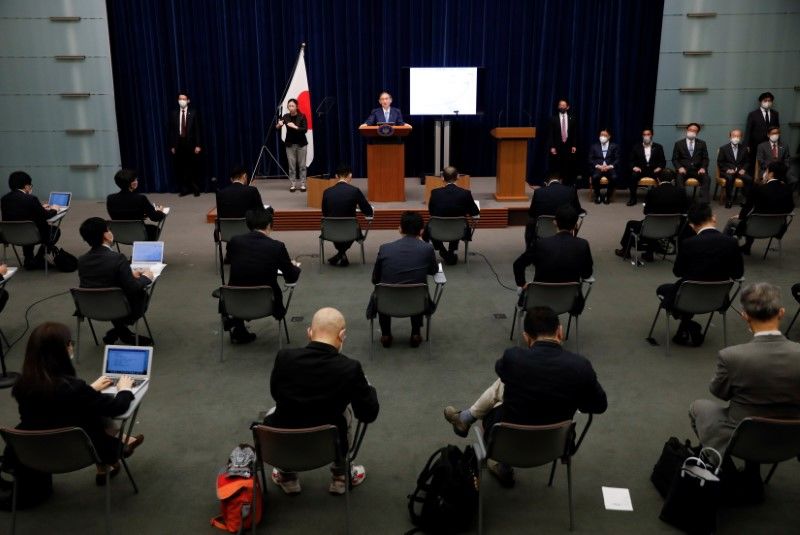 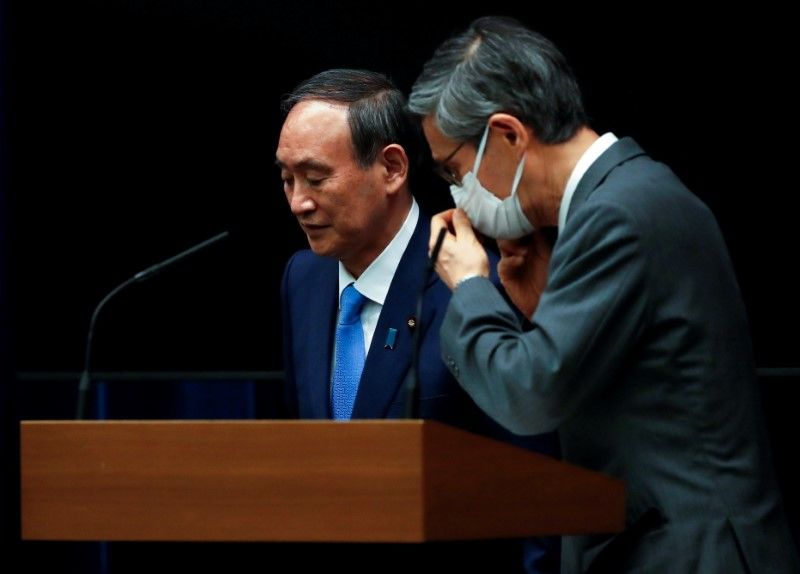 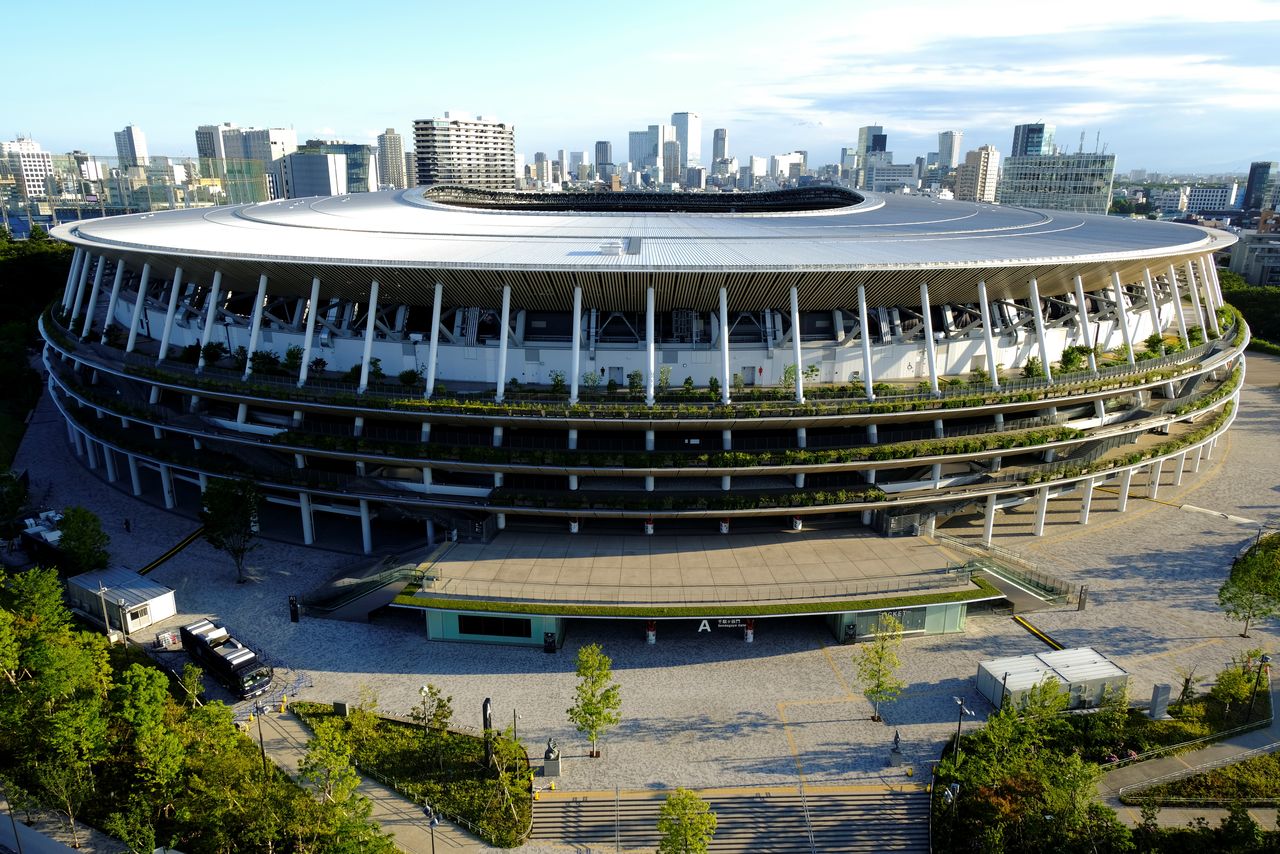 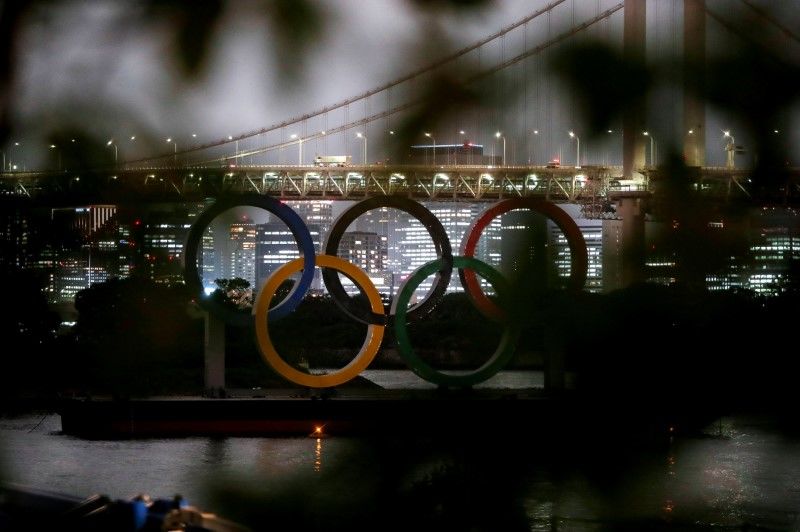 FILE PHOTO: The giant Olympic rings are seen through a tree at the waterfront area of Odaiba Marine Park, 50 days before the opening ceremony of the 2020 Tokyo Olympic Games, that have been postponed to 2021 due to the coronavirus disease (COVID-19) outbreak, in Tokyo, Japan June 3, 2021. REUTERS/Issei Kato