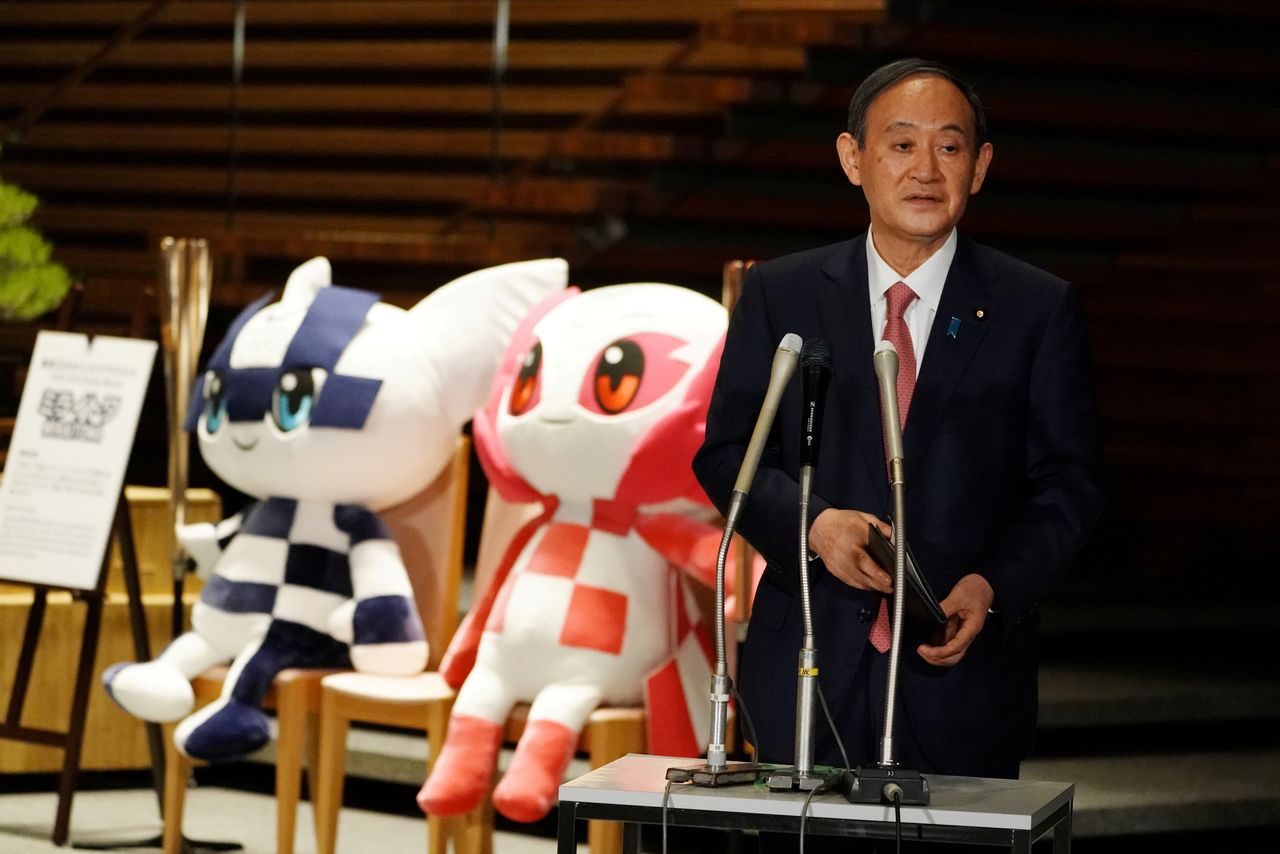 FILE PHOTO: Japanese Prime Minister Yoshihide Suga, next to the mascots of Tokyo 2020 Olympic and Paralympic Games, speaks to media after announcing that Tokyo, Kyoto and Okinawa will be applied for pre-emergency status under a new prevention law during a government task force meeting at the prime minister's office in Tokyo, Japan April 9, 2021. Eugene Hoshiko/Pool via REUTESR/File Photo

TOKYO (Reuters) - Japanese Prime Minister Yoshihide Suga on Thursday called on the public to watch the upcoming Tokyo Olympics on TV to avoid the spread of COVID-19 infections, as the organisers debate whether to allow domestic spectators into Olympic venues.

Suga, speaking at a news conference to announce the lifting of some COVID-19 restrictions in Tokyo and several other areas, said that the most important thing was to avoid a rebound in the number of infections and the collapse of the medical system.