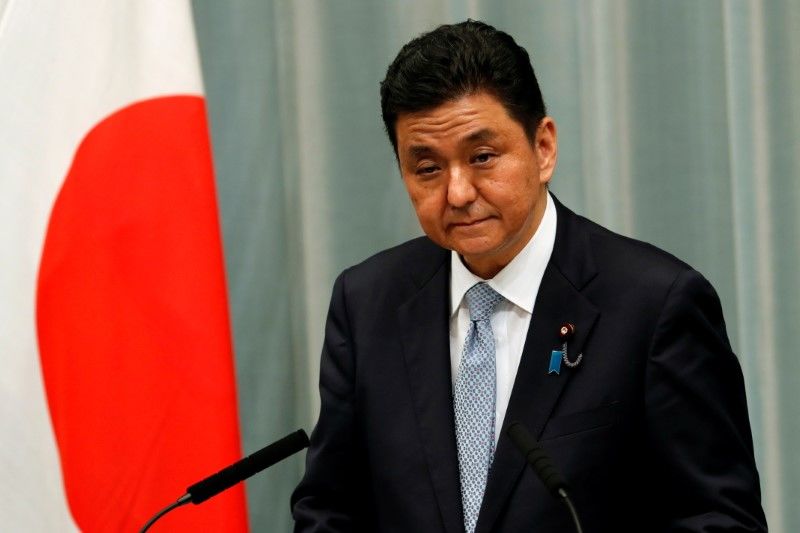 BRUSSELS (Reuters) - Japan said on Thursday China's military intentions are unclear and its armed forces' rapid expansion is of serious concern, circumstances that require Europe, the United States and other Asian nations to come together to stand up to Beijing.

"China has been in beefing up its military capacity very rapidly and we are not sure what the Chinese intentions are," Japanese Defence Minister Nobuo Kishi told the European Parliament's security and defence sub-committee.

"And we are seriously concerned with this," he said by video link.

China's mission to the EU rebuked NATO and said it is "committed to a defence policy that is defensive in nature."

Kishi told EU lawmakers that China's ballistic missiles, its decision to increase its defence budget to four times that of Japan and its militarisation of islands in the South China Sea needed to be "observed vigilantly" to "preserve peace."

"They're expanding their national defence budget enormously," he said. "The international community must come up with one voice to approach China," he said, also calling for Beijing to explain why it was also rapidly developing its air force, now the third-largest in the world, according to U.S. Department of Defense data.

China has the world's largest navy, with a greater number of battle force ships and submarines than the United States, the world's foremost military power, according to the U.S. data, based on 2019 developments.