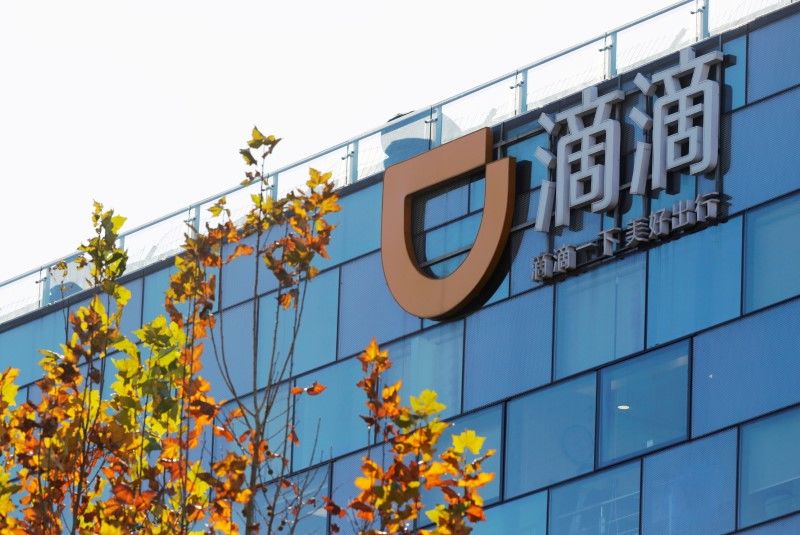 FILE PHOTO: A Didi logo is seen at the headquarters of Didi Chuxing in Beijing, China November 20, 2020. REUTERS/Florence Lo/File Photo

Didi, whose IPO could be the largest by a Chinese firm in the United States in seven years, has given mandates to Bank of America , Barclays, China International Capital Corp (CICC) Citigroup and HSBC Holdings as book runners on the deal, the sources said.

Didi not respond to a request for comment from Reuters. Bank of America, Barclays, CICC, Citigroup and HSBC declined to comment on the appointment.

Reuters reported on Thursday that China's market regulator had begun an antitrust probe into Didi, three people with knowledge of the matter said.

The company said of that issue that it would not comment on "unsubstantiated speculation" from unnamed sources.

The syndicate expansion was first reported by IFR.

The bank have been appointed in junior roles, which means they will work alongside Goldman Sachs, Morgan Stanley and JPMorgan leading the deal, according to the firm's filings with the U.S. Securities and Exchange Commission (SEC).

China Renaissance is listed on the filing as a co-manager of the IPO.

Reuters previously reported Didi could raise up to $10 billion in an IPO that would value the firm at up to $100 billion. [nL1N2LM0V7.

At that size, it would be the largest IPO by a Chinese company in the United States since Alibaba raised $25 billion 2014.