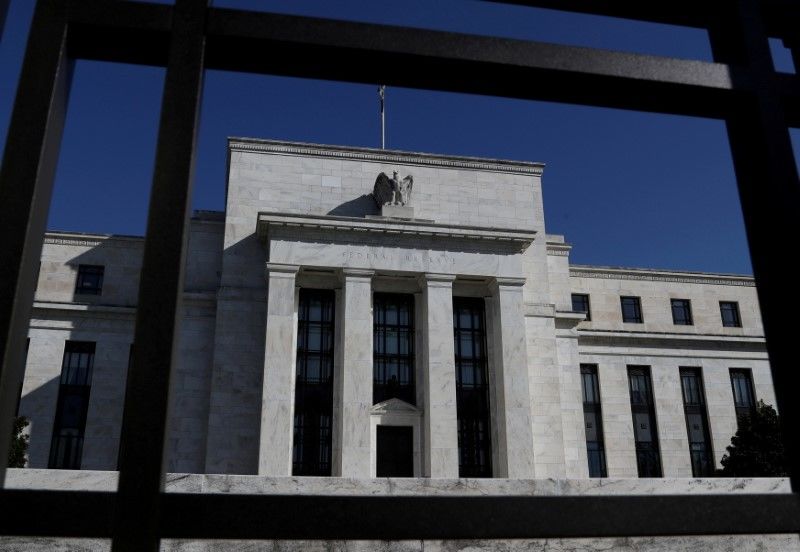 (Reuters) - Some economists are warning that surging money supply may exacerbate a rise in U.S. inflation, which is already accelerating at its fastest rate in more than a decade.

Money supply - which measures outstanding currency and liquid assets - rose 12% year-over-year in April, according to The Center for Financial Stability's Divisia M4 index including Treasuries.

The measure has been running between 22% and 31% each month since April 2020, fueled by unprecedented economic stimulus from the Federal Reserve and U.S. government. That compares with annual growth of around 3-7% that was common from 2015 to early 2020.

“This money supply growth is just so much faster than anything we’ve seen,” said Desmond Lachman, resident fellow at the American Enterprise Institute. "It’s a reflection of a huge amount of pent-up demand in the economy... it’s difficult for me to see how you don’t get inflation.”

Federal Reserve Chairman Jerome Powell on Wednesday said the Fed would adjust policy if inflation expectations moved too high, and the central bank shifted its first projected rate increase from 2024 to 2023.

So far, the growth in money supply has not been a large driver of inflation pressures, in large part because cash is being held by banks as deposits.

The Fed has also played down the link between money supply and inflation, and Powell said in February that the money measures have not been important determinants of inflation "for a long time."

Indeed, the central bank’s bond purchases after the financial crisis failed to spark the inflation some expected, with the economy taking years to recover and money supply falling at that time.

This time around, however, banks are struggling with record deposits after the U.S. government ramped up fiscal spending, while the Federal Reserve is buying unprecedented amounts of bonds.

The worry is that companies, investors and consumers will draw on their deposits and boost spending while banks increase lending as the economy reopens. Some economists worry that such a confluence of factors could cause demand to grow at a faster rate than economic output, pushing prices higher.

Money supply growth was a factor behind high inflation in the 1970s, as the government ran up fiscal deficits and the Fed adopted loose monetary policies in an effort to boost employment.

Bank reserves have risen to a record $3.89 trillion as of April and are expected to climb above $5 trillion this year as banks sell bonds to the central bank.

Meanwhile, commercial and industrial loans by commercial banks fell to $2.55 trillion in May from a record $3.04 trillion in March 2020, though they remain above the $2.36 trillion level of February 2020.

The Fed could be reluctant to raise rates as the Treasury grapples with record debt levels, even if inflation rises, said William A. Barnett, director at the Center for Financial Stability.

But if rates on primary market loans increase without a corresponding rise in the rate paid on reserves it could lead to an “explosion of lending,” Barnett said. "The risk to the economy is future inflation."

The Fed has said it will eventually begin phasing out its bond purchases as the economy recovers, after which it would face a decision on whether to allow the overall size of its asset holdings to decline as the bonds in its holdings mature.

As it "normalized" policy beginning in 2014, the Fed at first reinvested maturing securities to keep its overall balance sheet constant, but then allowed the balance sheet to shrink.

This time around, the Fed is nowhere near developing a plan for actually shrinking its holdings.

Still, some worry that it may be too late to act when inflation is already surging.

"The inflation spike might be a little bit more than the Fed gambled on, once inflationary expectations start to get embedded in the system," said Kim Rupert, a managing director at Action Economics.