The "Phuket Sandbox" initiative from July 1 will allow free movement on the island for tourists fully vaccinated against COVID-19, with no self-isolation on arrival. They will be given a green light to travel elsewhere in Thailand after 14 days.

But there are a few tricky conditions, too, and many industry professionals have complained that uncertainty and constant rule changes are deterring bookings. The plan won't be finalised until later this month.

"This will be a slow process. None of us are expecting a 100% occupancy on July 2," said Anthony Lark, president of the Phuket Hotels Association.

Thai Airways is on board, with direct flights from six European cites to Phuket from July, although it anticipates only a fraction of seats being filled, with about 100 passengers in the first week, one the airline's representatives said.

For an economy reliant on tourism for jobs and consumption, the new arrivals won't bring immediate relief, although removal of the costly, two-week quarantine requirements that deterred tourists for more than a year offers some hope.

Thailand lost about $50 billion in tourism revenue last year when foreign arrivals plunged 83% to 6.7 million, from a record 39.9 million in 2019. The slump was attributed to global travel curbs and Thailand's tough entry requirements. Phuket was particularly hard hit by job losses and business closures.

The government hopes the Phuket Sandbox will draw 129,000 visitors to the country in the third quarter - a far cry from the average 3.3 million monthly arrivals to Thailand in 2019. Typically, a quarter of Thailand's visitors go to Phuket.

Thailand had just 28,701 visitors in the first four months of this year.

One Phuket hotel owner said the sandbox initiative was "a bunch of bull" that would make little difference, in part because much of the target audience - middle class and wealthy Asians - must quarantine upon their return home.

"More than 50% of Phuket tourism comes from China," said the hotelier, who asked not to be named.

"Without that market it will be difficult."

The island's hotel association has projected a gradual increase in occupancy to 30%-40% towards year-end, rising from 10%-20% over July-October, which includes local bookings.

Singapore Airlines told Reuters its Phuket flights will increase from two per week to seven from July, after receiving interest from customers.

But a few obstacles remain, with outbound movement restrictions in some key markets, like China, Japan and Malaysia, while Thai health authorities have banned visitors from some high-risk countries, like India.

Critics also complain of onerous conditions, like mandatory swab tests, insurance coverage of a minimum $100,000 for COVID-19 treatment and use of a tracking application.

For its part, Phuket has been racing to vaccinate 70% of its residents - a requirement for reopening - with 60% having received a first dose so far, a rate far higher than capital Bangkok, epicentre of Thailand's worst outbreak yet.

Phuket has recorded single digit cases most days since May, when it introduced negative test requirements for domestic arrivals. Bangkok, in contrast, recorded hundreds of new cases each day last month.

Prime Minister Prayuth Chan-ocha on Thursday said Thailand was reopening to visitors within 120 days, and called it a calculated but necessary risk.

If the Sandbox scheme goes smoothly, authorities plan to replicate it in destinations like Krabi and Koh Samui.

"Its a totally new situation. You are trying to reopen the country to tourism to help the economy but at the same time you need to be cautious," said Chattan Kunjara Na Ayudhya, deputy governor of TAT.

(Reporting by Panu Wongcha-um, with additional reporting by Orathai Sriring and Chayut Setboonsarng; Editing by Martin Petty and Tom Hogue) 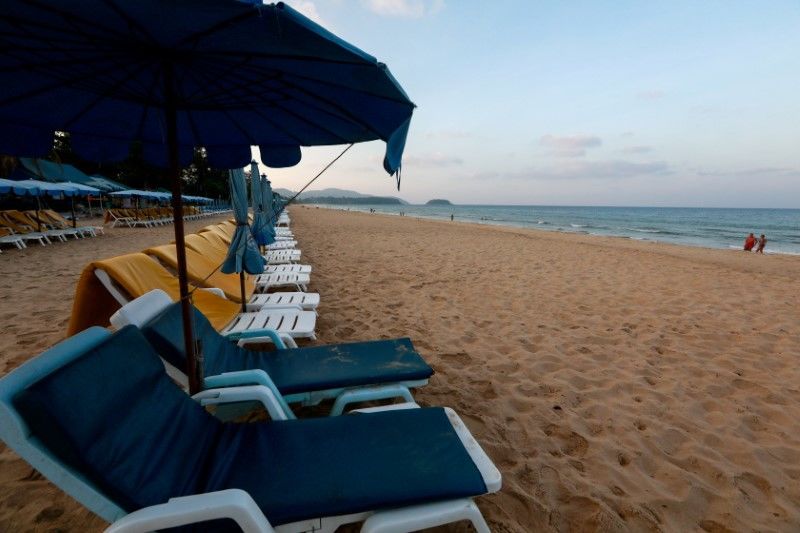 FILE PHOTO: Empty chairs are seen on a beach which is usually full of tourists, amid fear of coronavirus in Phuket, Thailand March 11, 2020. REUTERS/Soe Zeya Tun/File Photo 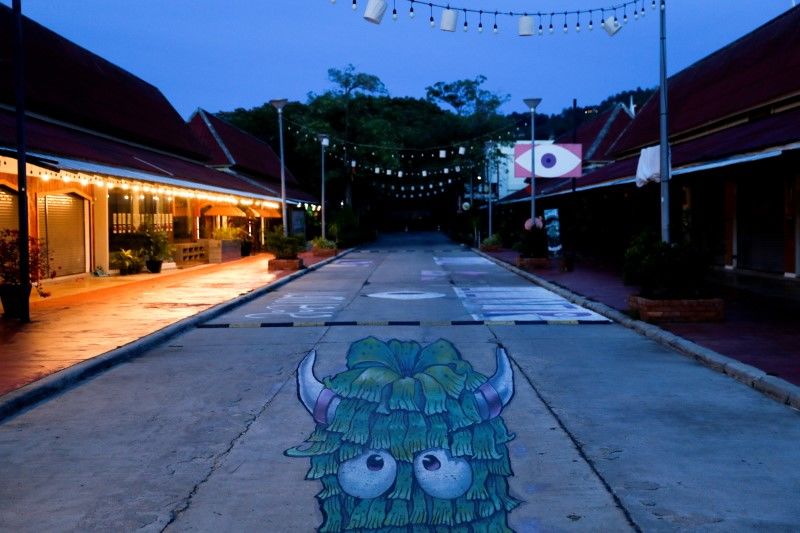