By Deena Beasley and Julie Steenhuysen

(Reuters) - Data from clinical trials of three experimental Alzheimer's disease drugs expected to start emerging next year could help shed light on whether U.S. regulators were justified in their controversial approval of a Biogen Inc treatment without clear evidence that it works.

In approving Biogen's Aduhelm over the objection of its own panel of outside expert advisers, the U.S. Food and Drug Administration has required a trial to confirm that the medicine will indeed slow progression of the lethal, mind-wasting disease - a process that could take several years - even as the drug is being used by patients.

But data expected much sooner on three drugs that work in a similar manner - Eli Lilly and Co's donanemab, Roche Holding AG's gantenerumab, and partners Eisai Co and Biogen's lecanemab - could give the medical community a better sense of whether Aduhelm is up to the job of slowing the ravages of Alzheimer's.

Aduhelm was approved last week based on its ability to clear a type of plaque from the brain that is believed to be a possible cause of Alzheimer's, rather than evidence that it slows disease progression. The FDA contends the plaque removal is likely to benefit patients, an assertion many experts say is unproven.

"I don't feel that we have evidence now that there's a clinical benefit from reducing amyloid," said Dr. Henry Paulson, a neurologist who leads the University of Michigan's Alzheimer’s Disease Center.

"If another independent study of a different anti-amyloid therapy shows a clear clinical benefit, it makes me much more comfortable with continued use of Aduhelm," he said.

All four drugs are antibodies aimed at reducing the accumulation of the sticky plaques composed of a protein called beta amyloid found in the brains of people with Alzheimer's, a disease that currently afflicts some six million Americans.

Positive data from the three experimental medicines could also provide an indication of future competition for Aduhelm, which was developed in partnership with Eisai and is currently the only drug that targets an underlying cause of the disease.

Large clinical trials of Aduhelm, known chemically as aducanumab, produced contradictory data, with one trial failing and another showing benefit. There was also a potentially serious brain swelling side effect.

Nevertheless, the FDA approved Aduhelm under its "accelerated approval" program with the understanding that Biogen would conduct a post-marking study to demonstrate patient benefit.

Critics say the decision does change the landscape for future drugs.

"This is precedent-setting whether the FDA likes it or not," said Dr. Caleb Alexander, a Johns Hopkins public health professor and one of the remaining members of the FDA advisory panel that reviewed Aduhelm. Three members of the panel resigned after the FDA approval.

"That's not to suggest that the next drug that lowers amyloid is a slam dunk or even gets approved. It may not," he said.

For the near future, Biogen will have the market to itself, but analysts are watching potential future rivals closely.

"If another drug comes along and maybe doesn't have as many side effects, or maybe has slightly better data, Biogen's position could be jeopardized," said Raymond James health policy analyst Chris Meekins.

Japan's Eisai completed enrollment last month in a pivotal 18-month study of lecanemab in symptomatic early Alzheimer's patients. The drug is also being studied in a large trial of people with evidence of amyloid in their brains who do not yet have symptoms of the disease.

Roche, which has released limited gantenerumab trial findings, said it expects to have data next year from two global late-stage studies of its drug.

Eli Lilly announced encouraging results in March from a mid-stage study of donanemab and plans to conduct a larger trial.

"I think it is quite likely that if they can replicate those results it would be approved," said Dr. David Knopman, a neurologist at the Mayo Clinic in Rochester, who quit FDA's advisory panel in protest over the Aduhelm approval.

(Reporting by Deena Beasley in Los Angeles and Julie Steenhuysen in Chicago; Editing by Peter Henderson and Bill Berkrot) 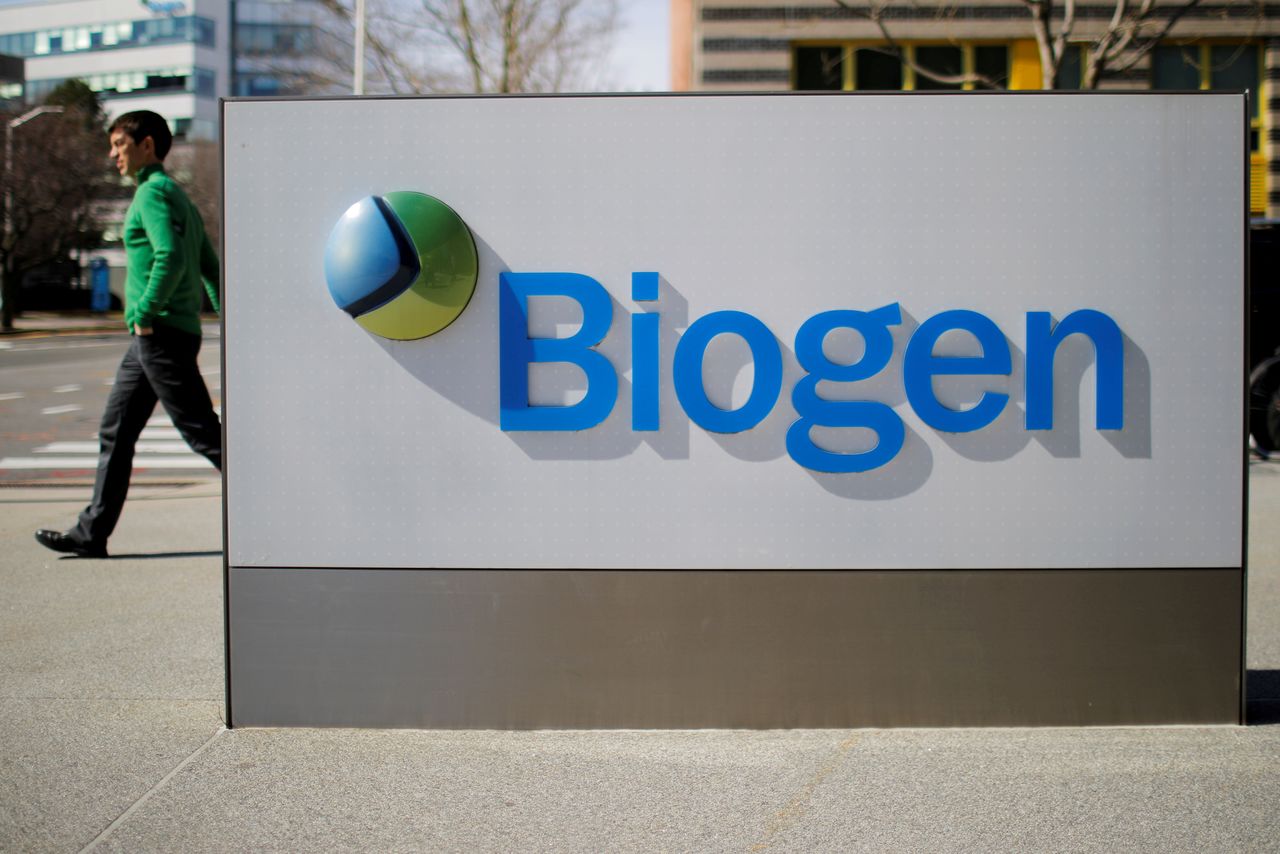 FILE PHOTO: A sign marks a Biogen facility, some of whose employees have tested positive for the coronavirus after attending a meeting in Boston, in Cambridge, Massachusetts, U.S., March 9, 2020. REUTERS/Brian Snyder/File Photo 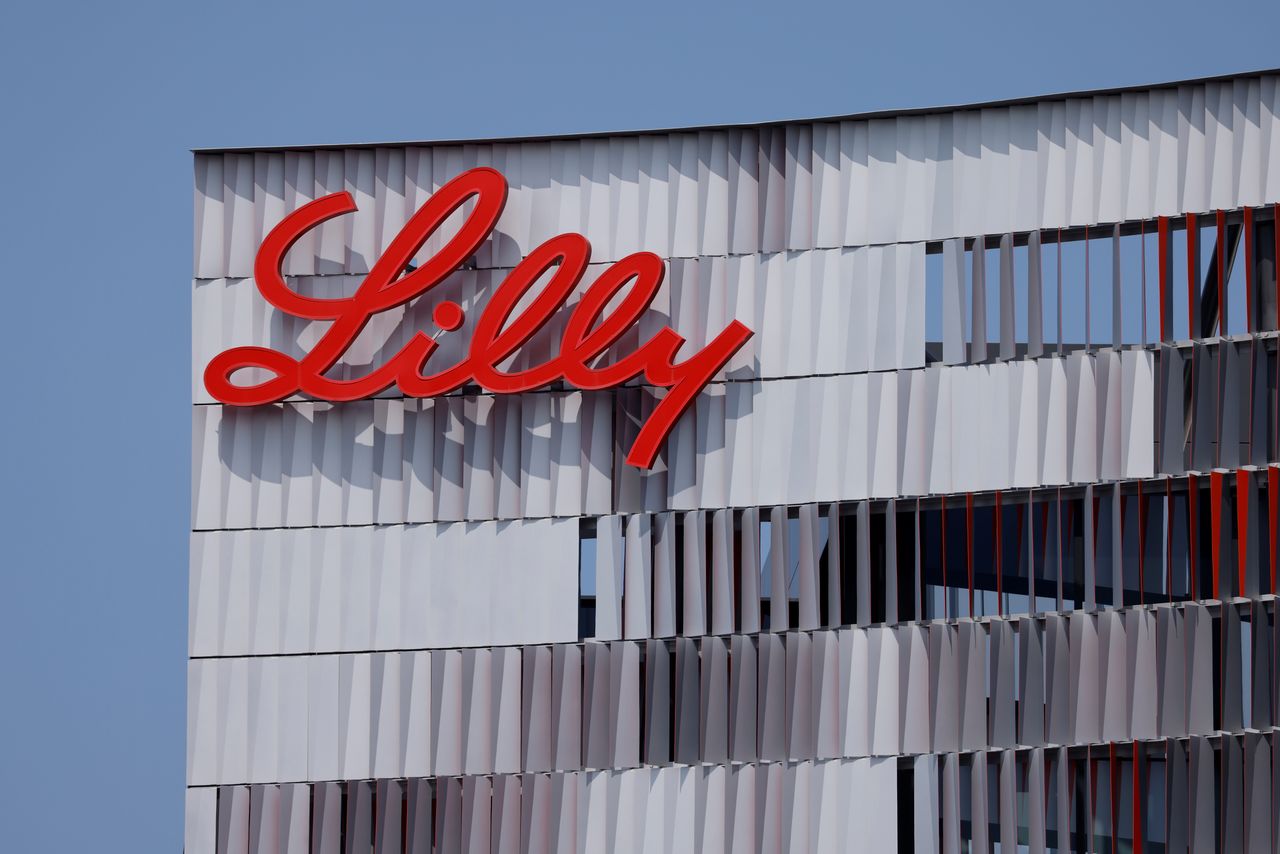