By Ju-min Park and Kiyoshi Takenaka

TOKYO (Reuters) -Facing the daunting task of keeping the world's largest sporting event safe, some emergency medicine officers overseeing Tokyo Olympic venues are calling on the organisers to bar spectators over risks of a jump in COVID-19 cases.

Organisers are to decide as soon as Monday whether to allow domestic spectators into the stadiums for the Games, which were delayed by a year due to the pandemic and now set to start in about a month. Foreign spectators have already been banned.

The Tokyo 2020 president is eyeing a cap of 10,000 people per venue, even as government health experts warn against in-person audiences.

Overwhelming public opposition to the Games has eased somewhat, but a Friday poll from Jiji news found 41% still want the Games cancelled. If the Games go ahead, 64% of the public want them without spectators, the poll found.

Each of the 42 venues has a dedicated official in charge of medical services. Dozens of veteran medics are assigned to handle a problems from heatstrokes to injuries to natural disasters, such as earthquakes and typhoons.

With the opening ceremony set for July 23, Shoji Yokobori, the medical officer for the weightlifting venue, said he fears not knowing how many people will attend.

"The 'no spectator' scenario is better than other options. We may still have a severe pandemic this summer," said Yokobori, the chair of the Nippon Medical School Hospital's department of emergency and critical care medicine in Tokyo.

"I'm the commander of the venue. The number of people in the audience is my biggest concern. I'm hoping there won't be so many spectators," he said.

Yokobori and two other medical officers told Reuters the pandemic adds further strain to what already is an extremely busy job, requiring quick decision-making and on-the-spot assessment of risks.

Olympic organisers have held conference calls with the doctors once or twice a month but have provided only "rough" information so far, Yokobori said.

"We don't have much information on how many spectators and how many athletes will be there. That's why we can't imagine what it will look like," he said.

The medical officers work closely with personnel at medical stations for athletes and spectators coordinating the overall medical service, including transfer to hospitals and clinics.

A number of venue medical officers have quit in recent months, saying they are too busy, public broadcaster NHK reported this month.

Organisers are scrambling to fill these gaps. The Japanese Association for Acute Medicine recently received a request to refer about seven candidates for venue officers, an official at the association told Reuters.

The association rebuffed the request, saying it was an academic institution and did not offer work placement services, the official said.

The organisers did not respond to an email seeking comment.

Tokyo 2020 CEO Toshiro Muto recently told reporters he expected to fill the gap in venue medical officers by the end of the month, without elaborating.

Those who have stayed on as venue medics, battling the coronavirus in their own emergency wards since last year, are bracing for a busy summer.

"My number one mission is to get through the Olympic period in an all-out battle mode," said Youichi Yanagawa, an emergency medicine doctor set to work as a venue officer at two cycling venues in Shizuoka prefecture southwest of Tokyo.

Yanagawa, who runs an emergency medical centre in the area, said he was worried that the volunteers at his venue lack training related to infectious diseases.

Given such constraints, an Olympics without spectators would ease the burden on already limited resources in his town, he said.

"But the ball is in the organisers' court," Yanagawa said.

"The Games without spectators would be easy to control, but we don't make the decisions. All I can say is we have to prepare based on what the organisers decide." 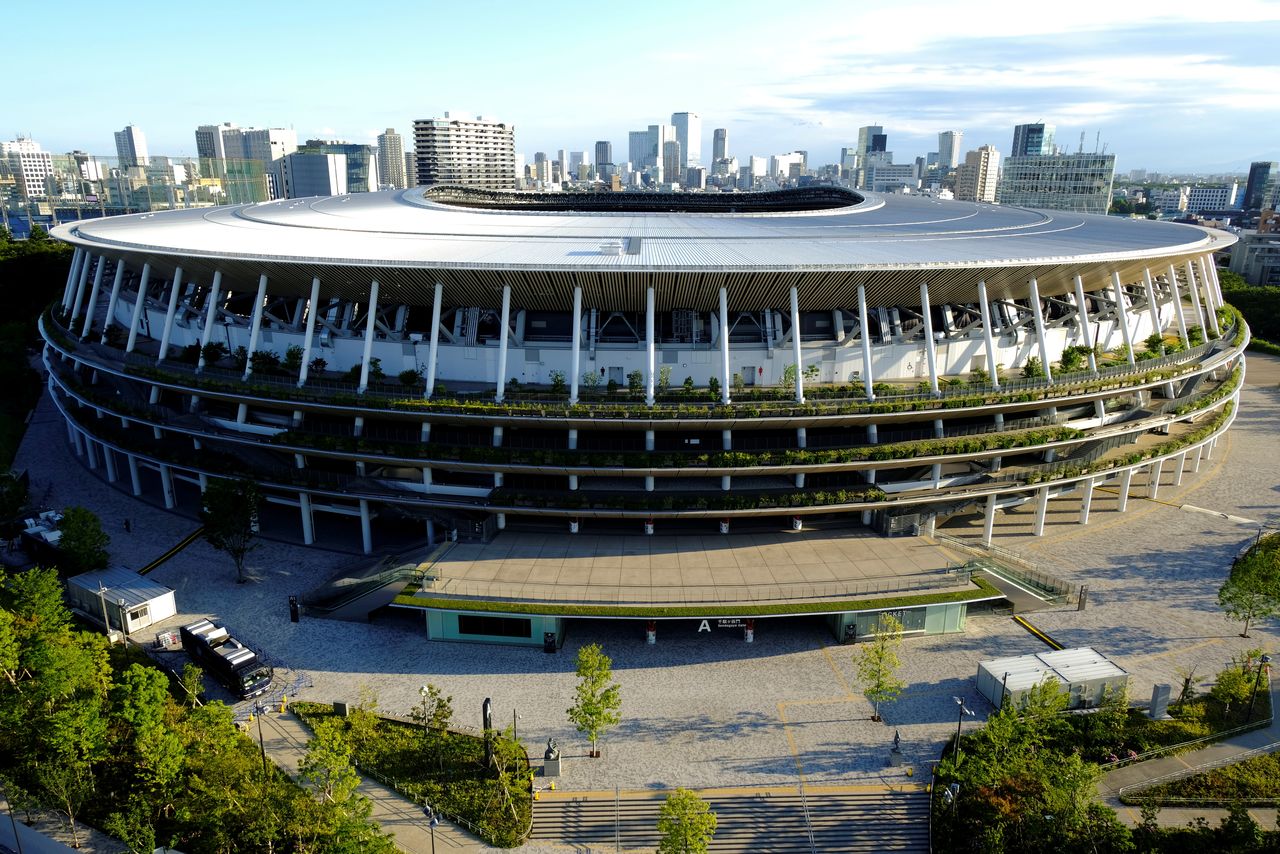 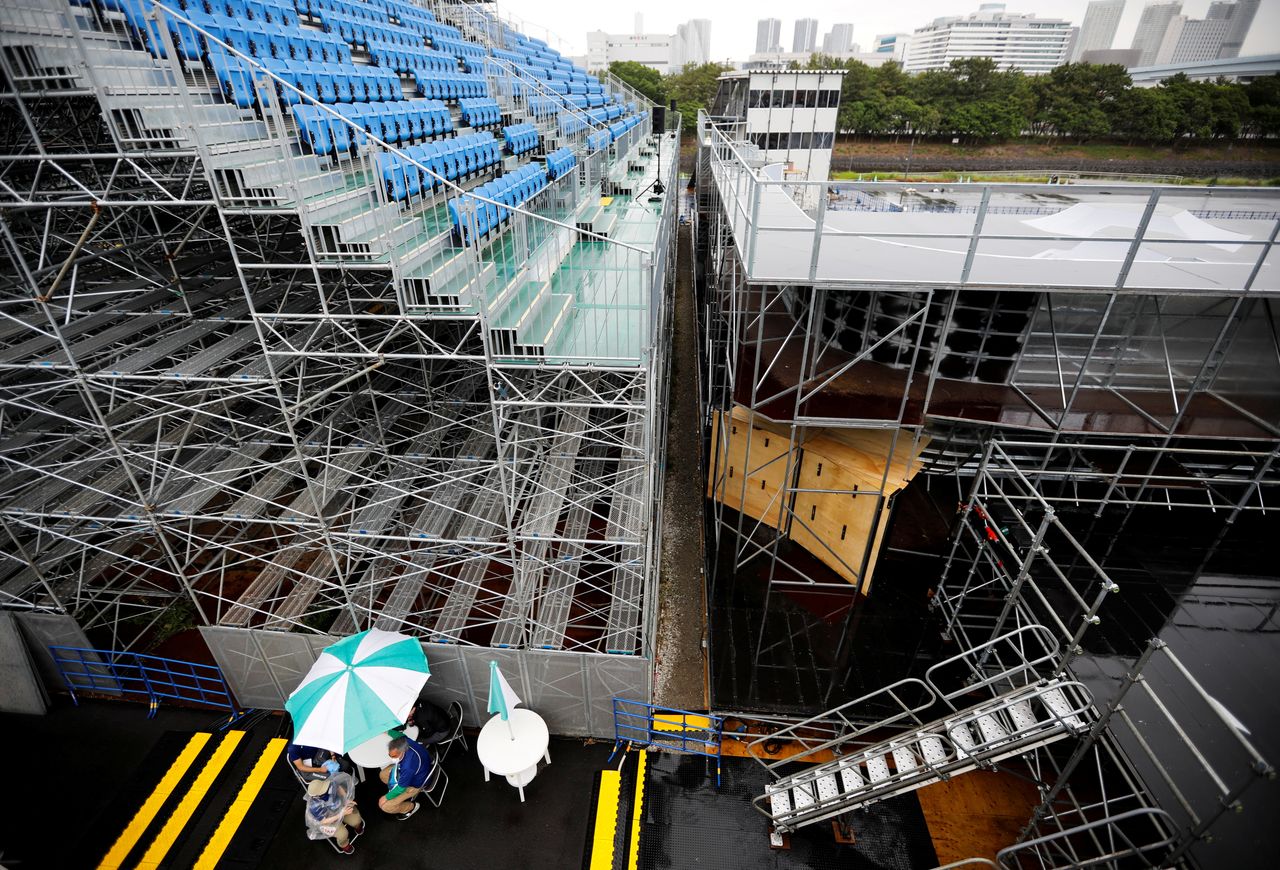 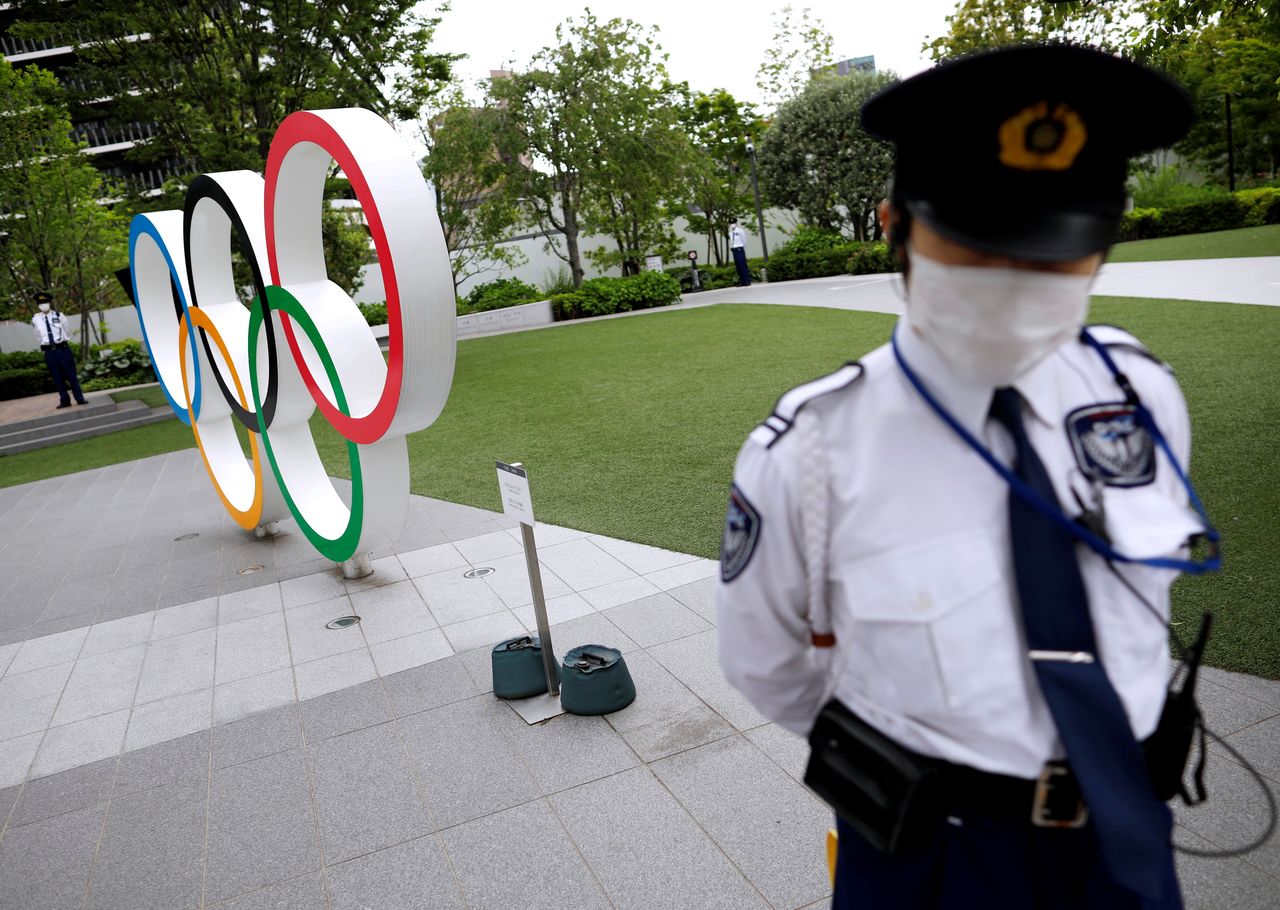 FILE PHOTO: Security personnel stand guard near the Olympic rings monument during a rally by anti-Olympics protesters outside the Japanese Olympic Committee headquarters, amid the coronavirus disease (COVID-19) outbreak, in Tokyo, Japan May 18, 2021. REUTERS/Issei Kato