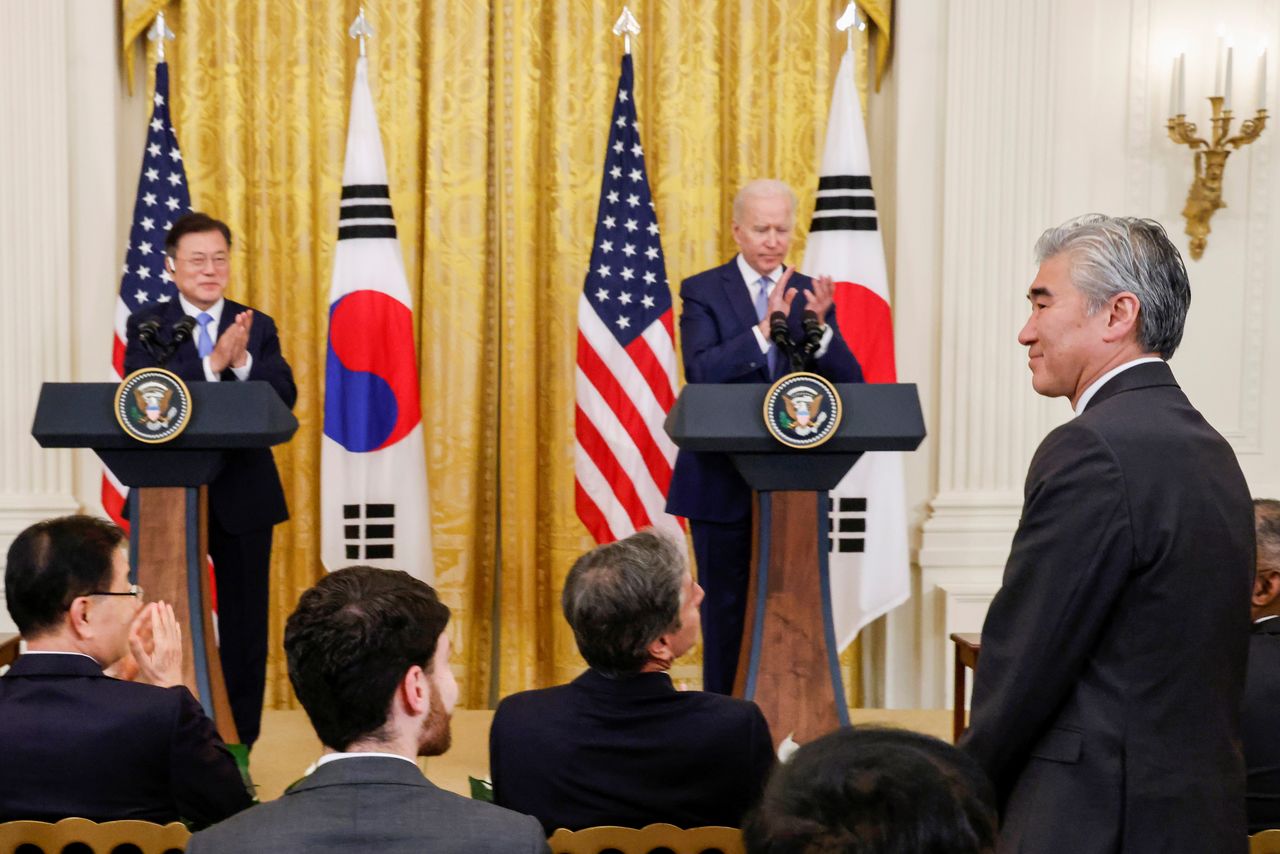 By Josh Smith and Sangmi Cha

SEOUL (Reuters) - The United States' new top envoy for North Korea said on Monday in Seoul that he looks forward to a "positive response soon" on dialogue from North Korea.

U.S. special representative for North Korea Sung Kim is in South Korea for a five-day visit, amid an impasse in denuclearisation talks with Pyongyang, with no word of any planned efforts to contact the North.

"We continue to hope that the DPRK will respond positively for our outreach and our offer to meet anywhere, anytime without preconditions," Kim said, using the initials of North Korea's official name.

Kim arrived on Saturday, a day after North Korean state media reported that leader Kim Jong Un urged preparation for both dialogue and confrontation with the United States, particularly the latter.

"We will be prepared for either, because you know, we are still waiting to hear back from Pyongyang for a meeting," Sung Kim said. "Hopefully dialogue indicates that we will get a positive response soon."

In the meantime, the United States will continue to enforce U.N. Security Council resolutions that have imposed sanctions on North Korea over its nuclear weapons programme and urge other countries to do the same, Kim said.

Kim, who doubles as ambassador to Indonesia, had back-to-back meetings with South Korea's top nuclear envoy, Noh Kyu-duk, as well as a trilateral session involving his Japanese counterpart, Takehiro Funakoshi.

Noh said he and Kim discussed ways to cooperate and facilitate the "prompt" resumption of dialogue with North Korea.

Noh and Funakoshi were also scheduled to have a bilateral meeting to discuss North Korea.

Kim's appointment came after U.S. President Joe Biden's administration conducted a review of North Korea policy that concluded the United States would seek to find "calibrated and practical" ways of inducing Pyongyang to give up its nuclear weapons.

The United States said on Sunday it saw Kim's comments as an "interesting signal," but added that Washington was still waiting for direct communication from Pyongyang to start any talks relating to denuclearisation of the Korean Peninsula.

China is North Korea's only major ally, and is seen as a key player in any efforts to resolve tensions over Pyongyang's nuclear programme.

With the relationship between China and North Korea at a new starting point, they will strengthen communication at every level and boost cooperation to "contribute to regional peace, stability, development and prosperity," Li wrote.