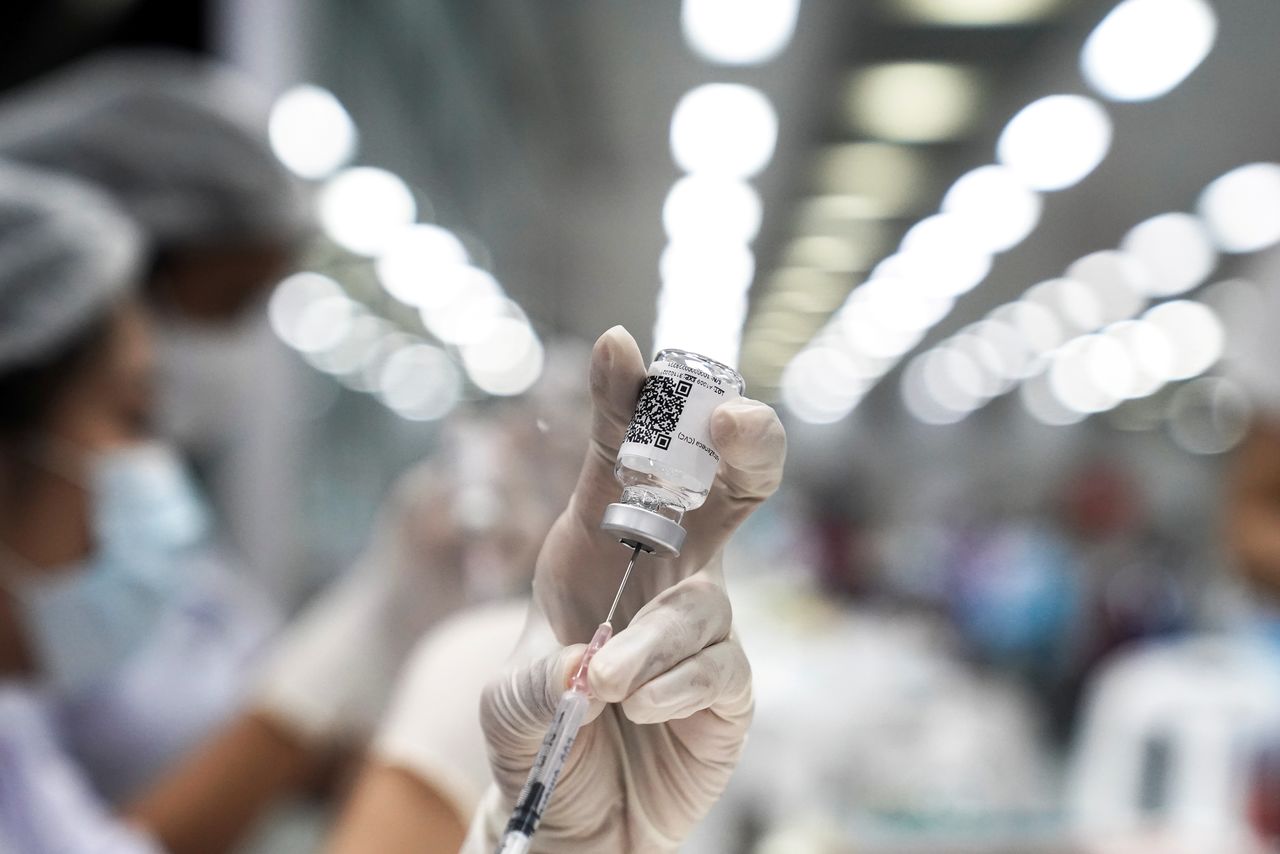 A health worker prepares a dose of AstraZeneca COVID-19 vaccine against the coronavirus disease (COVID-19) at the Central Vaccination Center, inside the Bang Sue Grand Station, Thailand, June 21, 2021. REUTERS/Athit Perawongmetha

Olympics of the 2020 Tokyo Olympics on Monday capped the number of spectators at 10,000 for each venue, days after experts said that holding the event without fans was the least risky option.

Authorities have pushed on with holding the multi-billion-dollar sports extravaganza despite public opposition and deep concern about a resurgence in infections.

Japan has largely avoided the kind of explosive outbreaks that have devastated other countries, but its vaccine roll-out has been slow and the medical system pushed to the brink in some places.

India on Monday began a nationwide campaign of free COVID-19 shots for all adults after weeks of criticism that a chaotic rollout had caused acute shortages and intensified a deadly second wave that killed hundreds of thousands in April and May.

Earlier this month, Prime Minister Narendra Modi reversed a policy under which states made their own purchases from drug makers and along with private hospitals were administering doses to people aged 18-45.

And as most states shut down vaccination centres for the younger population citing shortages, many turned to private hospitals that charged between $9-$24 a dose and supply gaps widened between urban and rural areas.

Indonesia to tighten restrictions for 2 weeks

Indonesia will tighten social restrictions for two weeks starting Tuesday, a government minister said, in a bid to contain a surge in cases in the world's fourth most populous country.

The curbs will apply to 'red zones' where cases have been rising sharply this month, Coordinating Economic Minister Airlangga Hartarto told a streamed news conference on Monday.

The tightened regulations will mean that offices, restaurants, cafes and malls in such areas will only be permitted to operate at 25% capacity.

Dongguan latest city in China's Guangdong to be hit

The major manufacturing hub of Dongguan in China's most populous province of Guangdong launched mass testing for the coronavirus on Monday and cordoned off communities after detecting its first infections in the current outbreak.

The Delta variant of COVID-19 has dominated infections in the provincial upsurge, the first time it has hit China. Seen by experts as highly transmissible, the variant was first identified in India.

Guangdong has reported 168 confirmed infections since May 21, with nearly 90% of them in its capital, Guangzhou.

Taiwan welcomed 2.5 million vaccine doses from the United States on Sunday as help from a true friend, more than doubling the island's arsenal of shots as it deals with a cluster of domestic infections.

Washington, competing with Beijing to deepen geopolitical clout through "vaccine diplomacy," initially had promised to donate 750,000 doses but increased that number as President Joe Biden's administration advances its pledge to send 80 million U.S.-made shots around the world.

A China Airlines Boeing 777 freighter carrying the vaccines landed at Taoyuan airport outside of Taipei late afternoon, greeted on the tarmac by Health Minister Chen Shih-chung and the top U.S. diplomat in Taiwan, Brent Christensen.