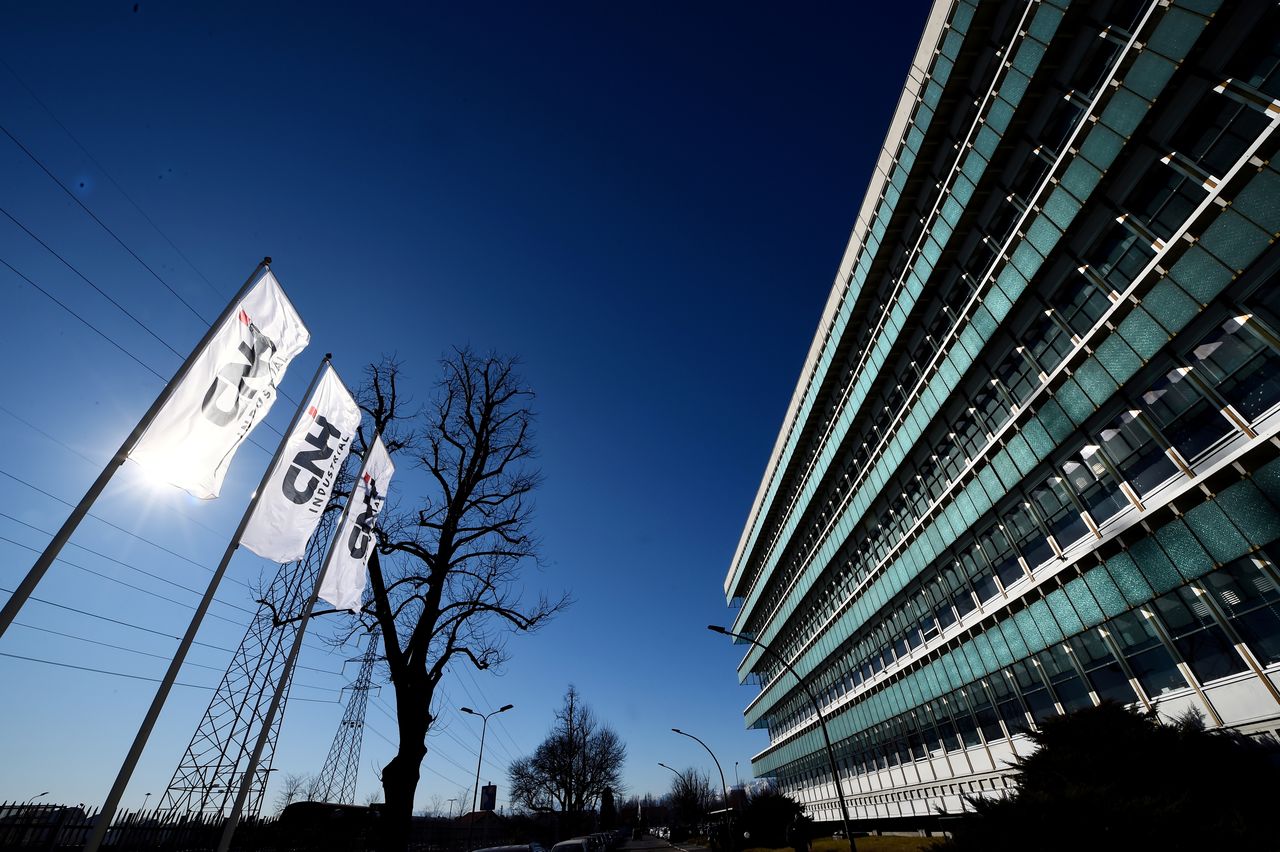 MILAN (Reuters) -CNH Industrial has struck a $2.1 billion deal to buy Raven Industries to bolster its agricultural equipment business, as the Italian-American vehicle maker prepares to spin off its truck, bus and engine operations.

Raven shares rose by 50% in New York early Monday, lifting its market capitalization into line with the terms proposed by CNH Industrial, whose Milan-listed stock turned slightly positive after initially falling by as much as 5.6%.

"Precision agriculture and autonomy are critical components of our strategy," CNH Industrial Chief Executive Scott Wine said of the acquisition of Raven, which also produces high-performance specialty films as well as aerospace and defense solutions.

Wine described the proposed purchase as "truly transformative" and left the door open to more acquisitions to expand what it is able to offer in the businesses it retains.

"We will absolutely consider strategic acquisitions if we need to grow faster or more profitably," he told analysts.

CNH Industrial will pay $58 per share for the U.S. agriculture technology company, a 33.6% premium to Raven's four-week volume-weighted average stock price, giving it an enterprise value of $2.1 billion, the companies said.

The deal is expected to generate around $400 million of run-rate revenue synergies by 2025, resulting in $150 million of incremental core profits (earnings before interest, taxes, depreciation and amortization), they added.

Analysts at Bestinver Securities said the news was positive as Raven's "cutting-edge" technology in the agriculture industry would further enhance CNH Industrial capabilities.

"However, we point out that the acquisition came at cost," they said in a note.

CNH Industrial said it would complete early next year a plan to spin off and separately list its lower-margin Iveco truck and bus units along with its FPT engine division, to boost asset values and streamline its businesses.

It will also retain its construction equipment business after the spin-off.

The Raven buy, which marks the largest M&A deal for CNH Industrial since it was formed in 2013, requires approval from Raven's shareholders. It is expected to close in the fourth quarter and will be funded with CNH's available cash, the companies said in a joint statement.

CNH Industrial, which is controlled by Italy's Agnelli family through its holding company Exor, said it did not expect the proposed acquisition to have any impact on its financial forecasts for this year, including cash flow.

Barclays and Goldman Sachs were financial advisors to CNH Industrial in the deal, while JPMorgan Securities advised Raven Industries.