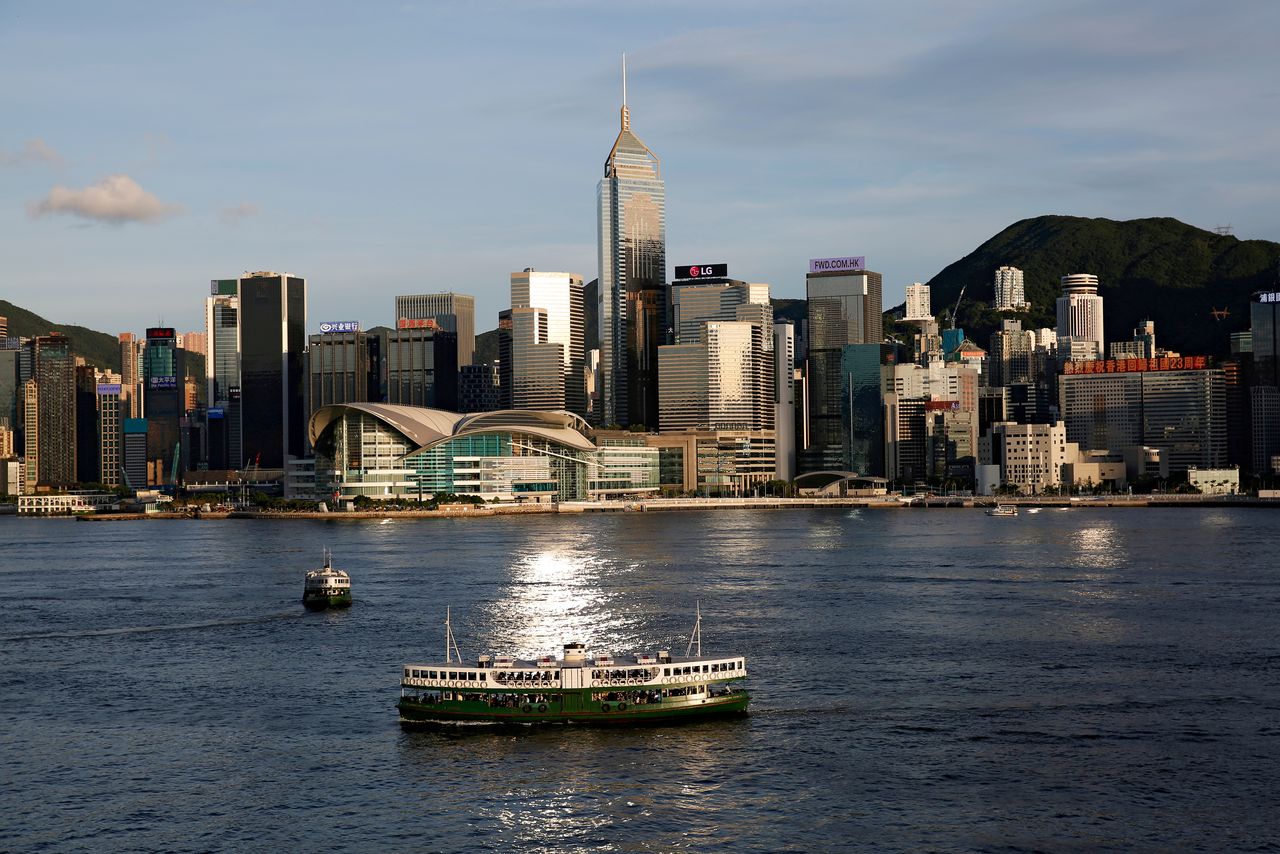 By Kane Wu and Scott Murdoch

HONG KONG (Reuters) - Global banks are moving faster in Hong Kong to get staff back to office versus in other major centres, given fewer daily COVID-19 cases in the Asian city, and are offering incentives such as onsite vaccinations and days off to encourage inoculation.

Morgan Stanley has more than 70% of its staff back at their desks in the Asian financial hub, while 60%-70% of Credit Suisse employees are in their office，said people who work there. A Citigroup spokesman said 75% of the bank's staff were in the workplace in Hong Kong.

JPMorgan plans to reach 75% office occupancy in the coming weeks and Bank of America, which until recently had most of its staff working from home, aims to reach full capacity by end-June, their bankers said.

At UBS, up to 60% of its Hong Kong workforce were back in the office, a spokesman told Reuters.

At these levels, occupancy at the Hong Kong offices of many of these banks will be ahead of the rates in New York and London where daily virus cases are still in the hundreds.

Hong Kong has recorded only one daily case on an average in the past week, while 28.5% of its population has received at least one vaccine shot, government data showed.

The banks' return-to-office push in Hong Kong comes amid the city's dealmaking boom and hiring frenzy as the Chinese economy recovers from the pandemic.

Returning to the workplace will allow bankers to attend in-person meetings and help secure more deals in a market where mergers and underwriting deals are set to pick up pace.

Most banks are offering two days off for employees who get vaccinated, in line with a government policy, to encourage staff to get inoculated and hasten their return to office.

Some are pushing harder.

Morgan Stanley set up an on-site vaccination operation on June 16 for staff who had not received any shot, according to people who work there. The bank will do it again in three weeks so people can get their second shot, one of the employees said.

Citi will host its first onsite vaccine clinic for local staff on June 22, the spokesman said.

While banks are looking to bring workers back to office, some are retaining a flexible approach.

An HSBC spokeswoman said the bank's Hong Kong headquarters was now open for all staff to return but that people could choose between working from office and home.

"I hated working from home," said a sales banker at HSBC. "I missed being able to chat with my colleagues all the time for leads and gossips. It was not fun at all at home."

Standard Chartered said two-thirds of its bankers were back in office but that it too remains flexible. Hong Kong is its single largest market.

The bankers Reuters spoke to declined to be named as they were not authorised to speak to the media.

Goldman Sachs is also encouraging all staff members to get vaccinated in the Hong Kong office, a spokesman said.

"Since we reopened the office to all staff on June 7, the number of employees coming to the office every day is at pre-COVID levels, or higher if you consider that travel is way down," he said.