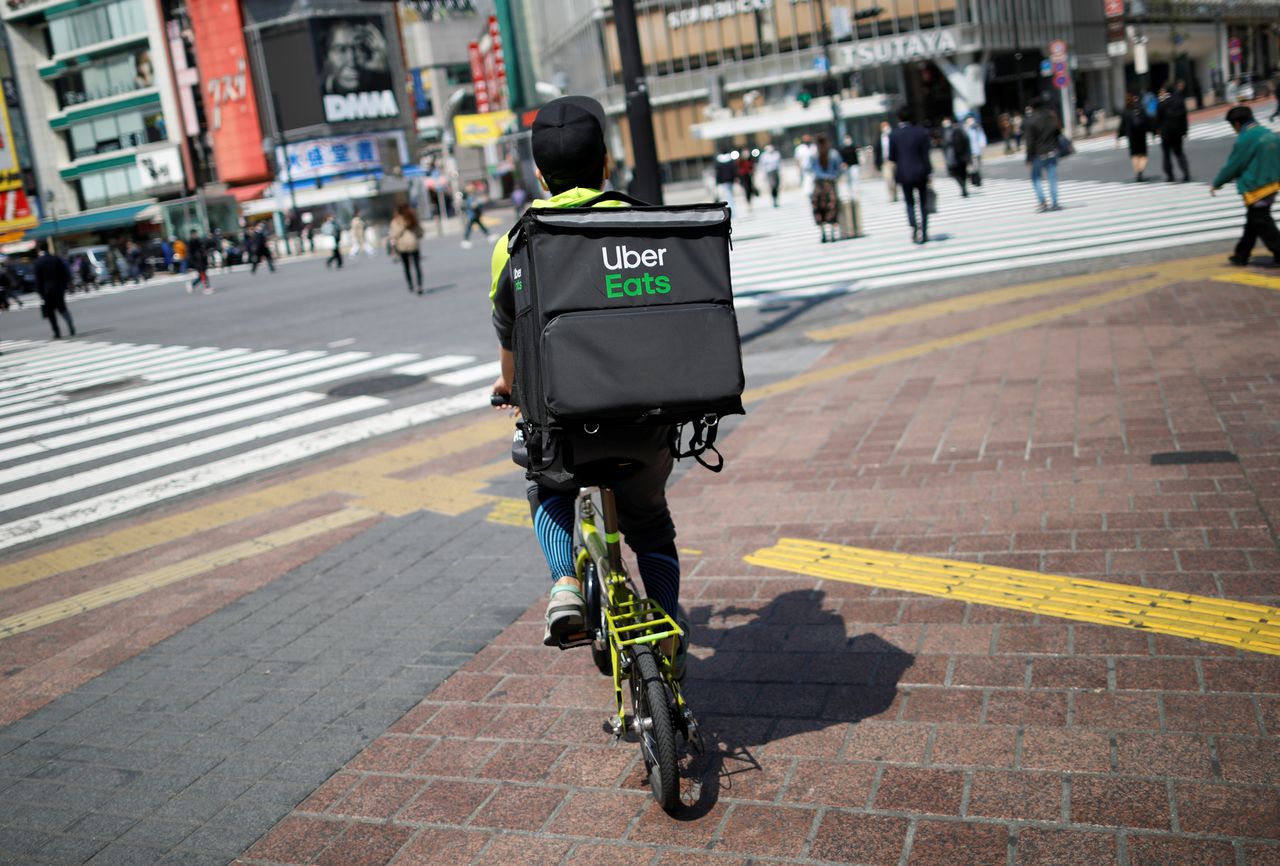 An Uber Eats delivery person rides a bicycle during an outbreak of the coronavirus disease (COVID-19), at Shibuya shopping and amusement district in Tokyo, Japan April 8, 2020. REUTERS/Issei Kato/Files

Tokyo Metropolitan Police sent a notice to the company and two former managers about alleged unauthorised work by Vietnamese nationals that took place from June to August 2020, a police spokesperson said, confirming a report from the Kyodo News Agency. No arrests were made, and the case was referred to prosecutors.

With a third of its population over 65, Japan has become increasingly reliant on foreign labour, but the ruling party has been reluctant to liberalise immigration policies.

An Uber spokesperson told Reuters the company was "fully cooperating" with authorities.

The company "has taken a number of steps to strengthen onboarding procedures for prospective couriers", the spokesperson said in a statement.