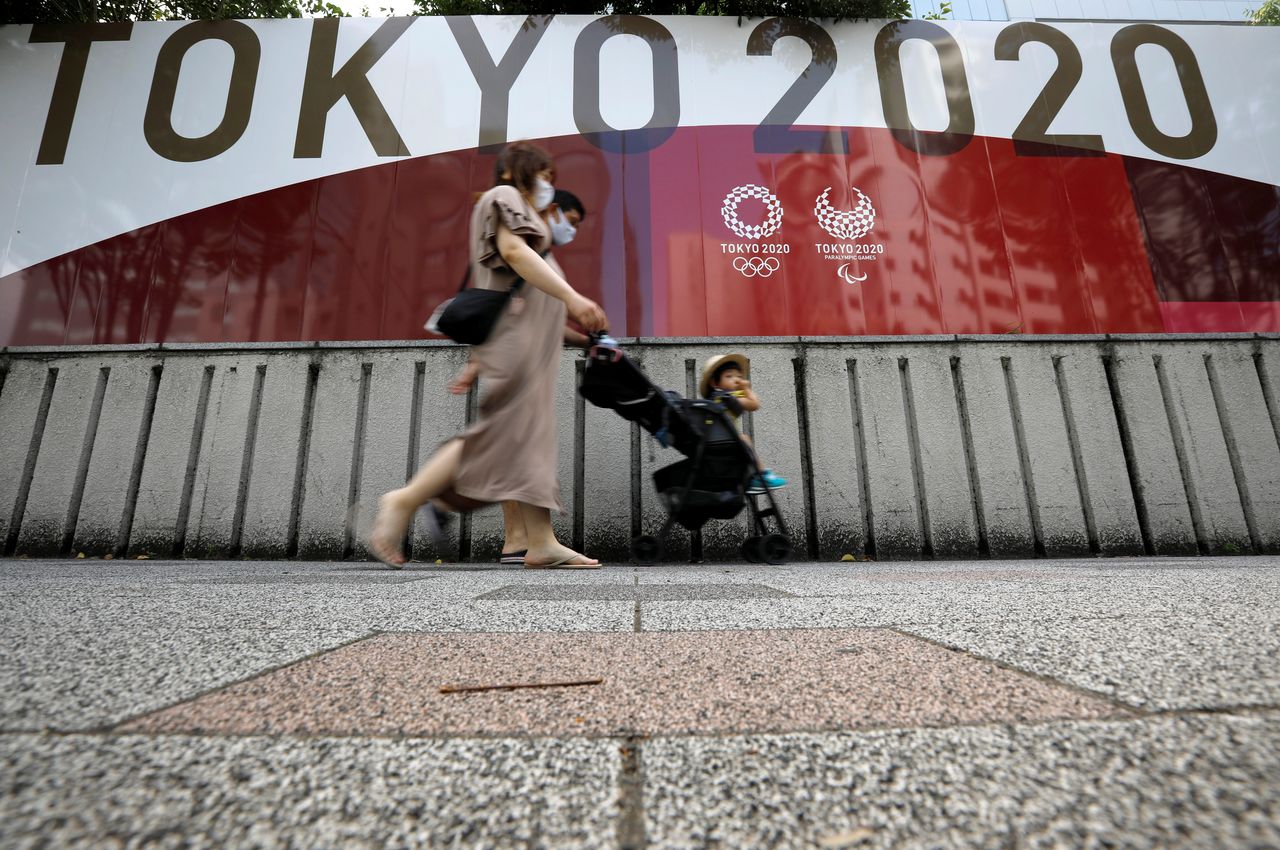 A family walks past an advertisement for Tokyo 2020 Olympic and Paralympic Games, amid the coronavirus disease (COVID-19) pandemic, in Tokyo, Japan June 18, 2021. REUTERS/Issei Kato

TOKYO (Reuters) -Olympic organisers plan to allow the sale of alcohol to Tokyo 2020 spectators, Kyodo News reported on Tuesday, drawing criticism from residents of the capital who face curbs on bars to prevent the spread of the coronavirus.

Alcohol will be served at Olympic venues at limited times, Kyodo reported, citing unidentified sources, a decision that follows the approval https://www.reuters.com/lifestyle/sports/organisers-set-decide-domestic-spectators-tokyo-2020-2021-06-21 on Monday of up to 10,000 domestic spectators at venues at next month's delayed Games.

Organisers were still considering whether alcohol will be served in venues, Tokyo 2020 President Seiko Hashimoto said late on Monday.

The government last week downgraded the capital to a "quasi-emergency" state, which allows for drinking in small groups for short periods of time but offers limited succour to Tokyo's beleaguered bars, restaurants and night spots.

"The biggest problem is preferential treatment: events are good but cinemas are bad. The Olympics are okay but live venues are no good," wrote @save_the_cinema on Twitter, a campaign for emergency funding for arthouse cinemas.

Social gatherings with drinking have been a target of government action as they are seen as driving infections by encouraging loud speaking, close contact and lingering at bars.

Approval of Olympic alcohol sales could offer a ray of hope for sponsor Asahi Group Holdings, which has exclusive rights to offer its best-selling "Super Dry" lager to thirsty sport fans.

Olympic sponsors, which put up a record $3 billion to back the Tokyo Games, have scaled back marketing plans due to fears of a backlash amid widespread public opposition.

"I will never drink Asahi beer again. I will remember the other sponsors too and want to avoid them for the rest of my life," said Keiko Ota, a lawyer, in a Twitter post.

Questions around alcohol have become a focal point for public anger in part due to a perception that authorities are prioritising the Games over restoring normality to the daily lives of residents.

The government has said it can hold the Games without compromising public health. An athlete among the Uganda team who arrived in Japan on the weekend tested positive for the coronavirus, NHK reported on Sunday.

A fourth wave of coronavirus cases in Tokyo peaked in early May, prompting the recent relaxation of restrictions, with 435 cases reported on Tuesday.

While vaccinations are ramping up, most of the population has yet to receive a first shot 31 days before the opening of the Games. About 18% of Japanese people have received at least one shot, according to a Reuters tracker.