By Rod Nickel and Nia Williams

WINNIPEG, Manitoba/CALGARY, Alberta (Reuters) - Canada has set ambitious targets for slashing emissions to fight climate change, but faces a stiff challenge: not only is its economy dependent on oil production, but the Canadian oil industry's carbon emissions are among the world's highest for every barrel of oil it pumps.

The Canadian oil patch exemplifies the most vexing problem of the energy transition. In the long term, Canada needs to cut its dependence on the energy sector that accounts for 10% of its economy, as the world moves away from planet-warming fossil fuels. In the short term, Canada needs to clean up the process of extracting oil to comply with national emissions targets.

Just one of the nation's five biggest oil companies, Suncor Energy Inc, has a plan to cut emissions outright. The producers say they need extensive government subsidies for carbon capture and other technologies such as small modular reactors (SMRs) to meet climate goals.

"There is not a dial on the wall where we can dial 'low carbon'," said Cenovus Energy Chief Executive Alex Pourbaix. "To decarbonize significantly takes capital - massive quantities of capital over many years."

Prime Minister Justin Trudeau set in April a national goal to cut emissions 40% to 45% by 2030 from 2005 levels, up from a previous goal of 30%. Pourbaix calls that goal "extraordinarily ambitious," although the United States is pledging a 50-52% cut over the same period.

Cenovus, Canadian Natural Resources, Suncor, Imperial Oil and MEG Energy this month formed an alliance to cut emissions. But the producers are aiming at Canada's 2050 net-zero commitment, and their interim goals fall short of Trudeau's 2030 target.

A Suncor spokesperson said the companies aim to reduce their emissions by one-third every 10 years. The plan centers around government and industry funding a hub to capture carbon, but it includes no details about capacity or cost. Suncor plans to cut absolute emissions 34% by 2030, even as it boosts oil production.

Trudeau's own environment ministry projects oil sands emissions will climb to a record 95 million tonnes of carbon dioxide equivalent by 2030, from 83 million in 2019.

Alberta's Ministry of Environment and Parks said Canada's new emissions target will require action across all parts of the economy and significant support from the federal government.

"Targets do not mean much without a realistic plan to achieve them," spokesman Paul Hamnett said in an email.

The industry has reduced emissions per barrel 21% from 2009 to 2019, according to consultancy IHS Markit, but its absolute emissions have risen as output has grown.

"We need to find pathways to reducing emissions in every major sector of the economy that produces significant emissions," Environment Minister Jonathan Wilkinson said. Government officials did not directly answer questions about the alliance or federal expectations for oil sands emissions cuts.

Carbon capture involves storing or reusing carbon emissions from fossil fuel sources so they do not enter the atmosphere. The technology, however, has little commercial viability without subsidies.

Ottawa and producers are arguing over the structure of a carbon capture tax credit. Producers say they face a disadvantage against U.S. competitors because projects that reinject carbon into the ground to extract oil, called enhanced oil recovery, do not qualify for credits.

"We've been at pains to make (Ottawa) understand that this is quite new and expensive technology," Pourbaix said. Federal officials did not comment directly on carbon capture.

Canadian Natural Resources is counting on carbon capture most to cut emissions, but will not commit to matching the 2030 target until it better understands the government's incentives, said President Tim McKay.

Suncor, along with utility ATCO Ltd , is developing a multi-billion-dollar project in Alberta to produce clean hydrogen and capture carbon, but will only go ahead with government aid.

Emissions would drop if the oil sands drew power from SMRs instead of from natural gas, but that technology is more expensive and would meet only a fraction of producers' needs, said Ken Darlington, vice-president of corporate development at USNC-Power.

While producers have cut carbon intensity by reducing steam use with solvents, commercial deployment is slow because of the challenge of economically recovering solvent after using it, McKay said.

The International Energy Agency, in a report last month, noted that cutting emissions to net zero by 2050 will be difficult unless the amount of carbon captured globally rises to 7.6 billion tonnes annually from a current 40 million tonnes.

"It's net-zero, not zero," said Suncor's Little. "Some of the hard-to-decarbonize industries, we are going to have to offset emissions rather than eliminate them."

(Reporting by Rod Nickel in Winnipeg and Nia Williams in Calgary; additional reporting by David Ljunggren in Ottawa; Editing by Marguerita Choy) 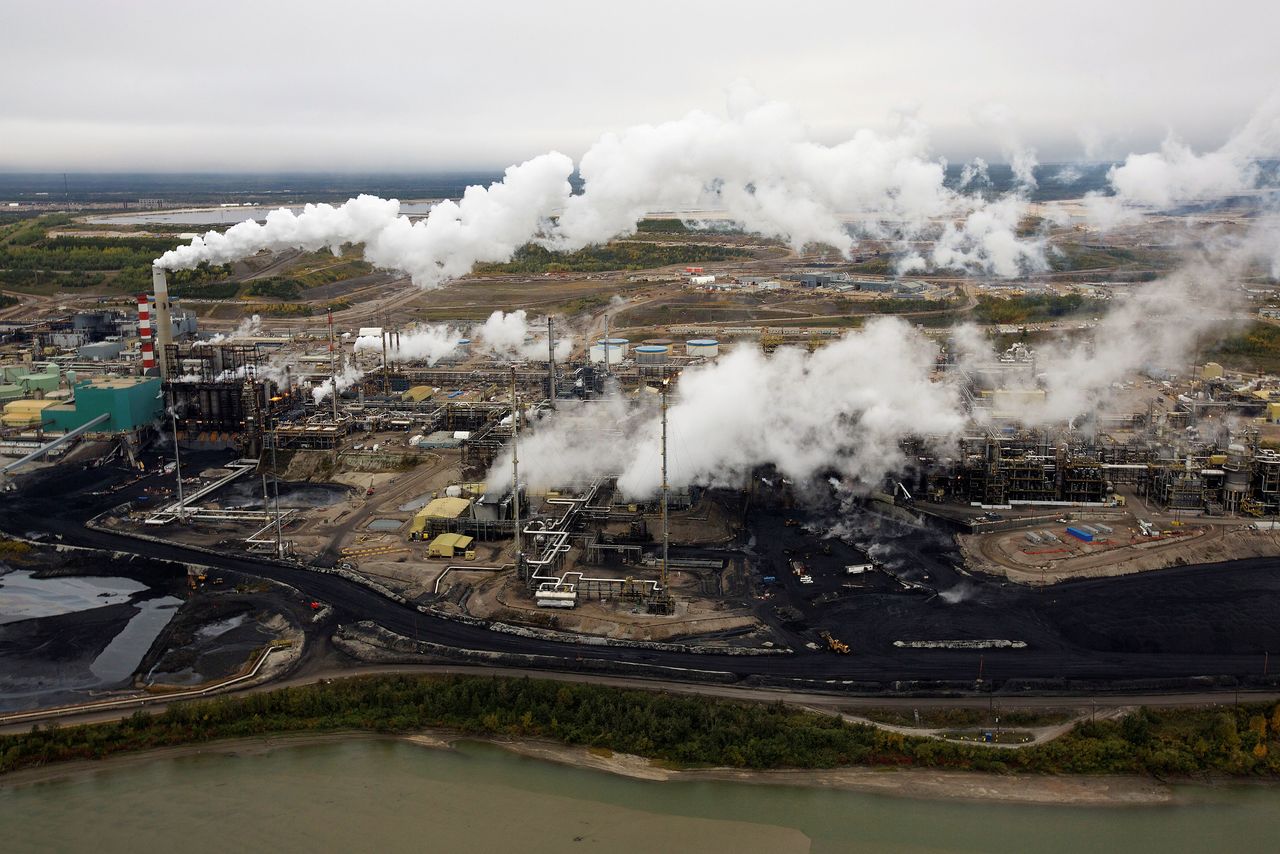 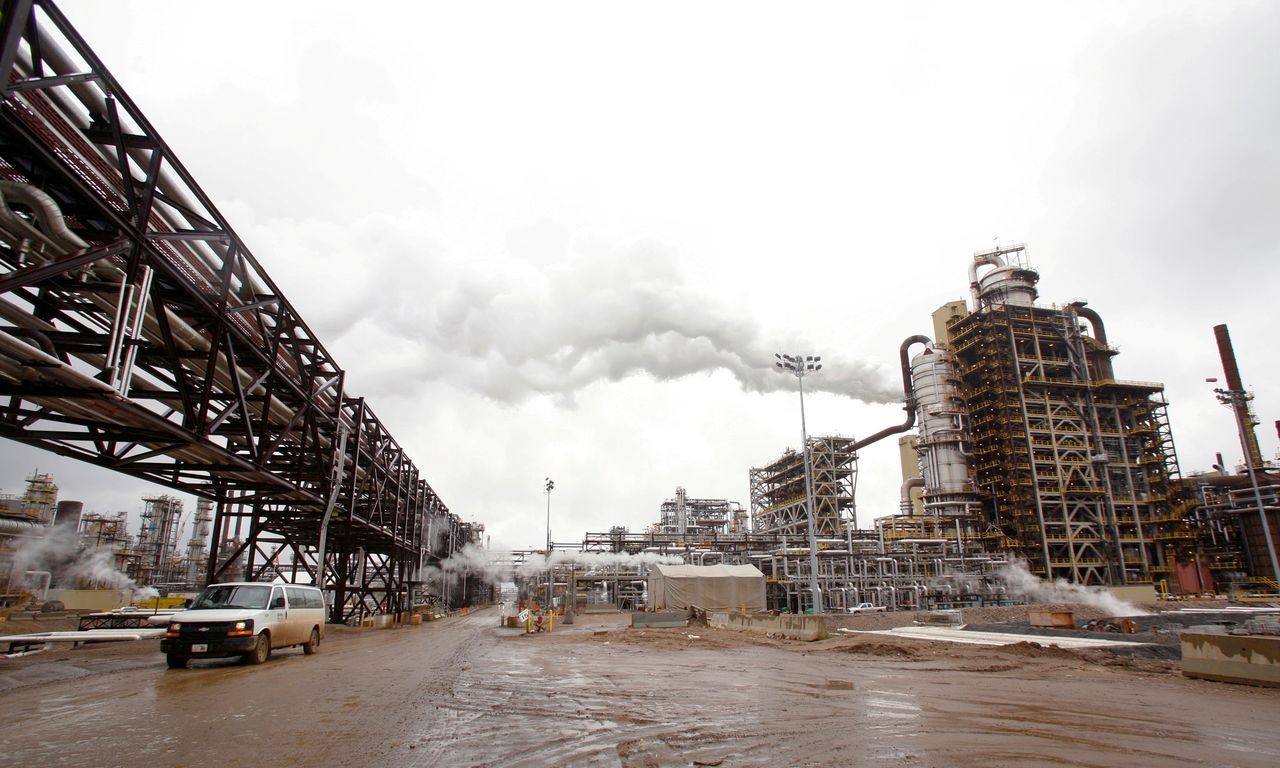 FILE PHOTO: A truck drives down a street at Syncrude's oil sands operation on May 23, 2006 near Fort McMurray, Alberta. REUTERS/Todd Korol/File Photo 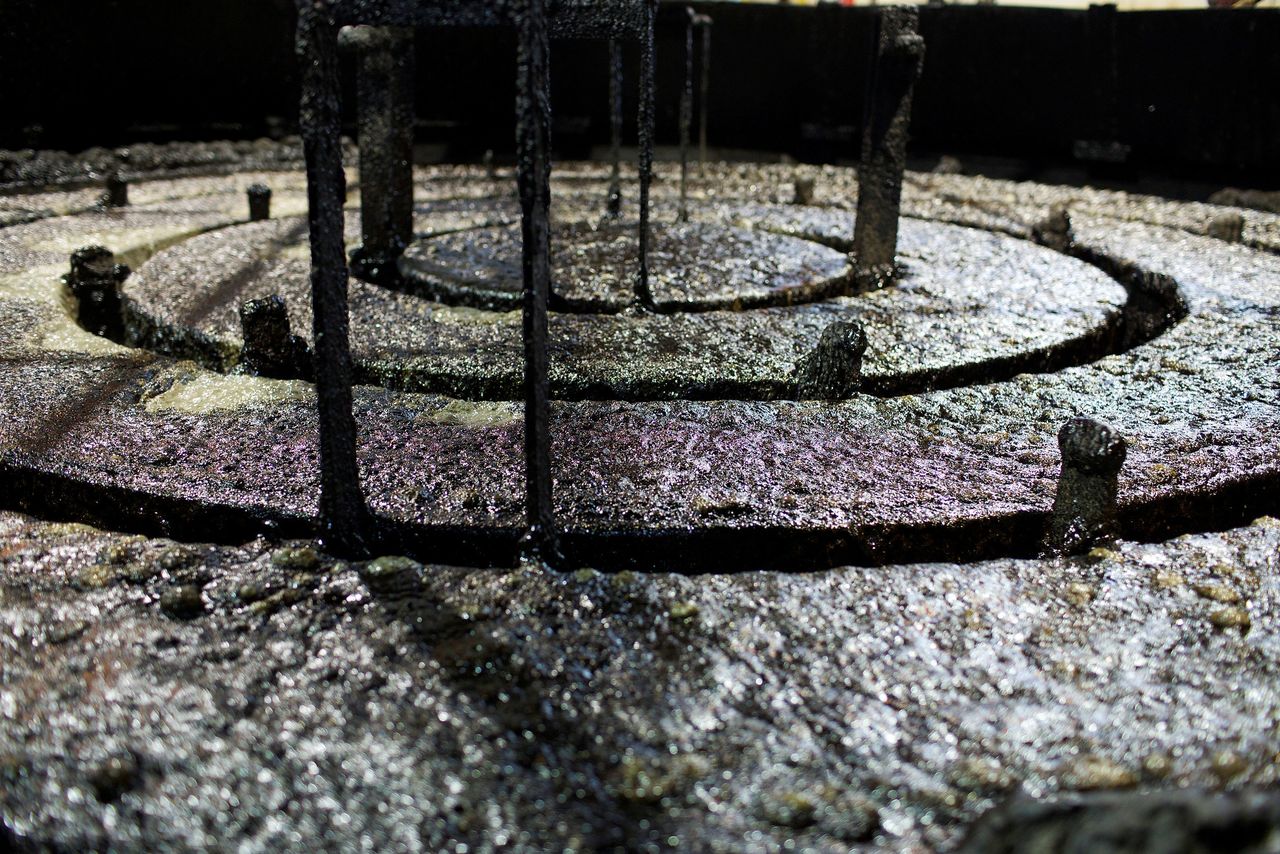 FILE PHOTO: Oil at the second phase of separation from the sand at the Suncor tar sands processing plant near at their mining operations near Fort McMurray, Alberta, September 17, 2014.REUTERS/Todd Korol/File Photo 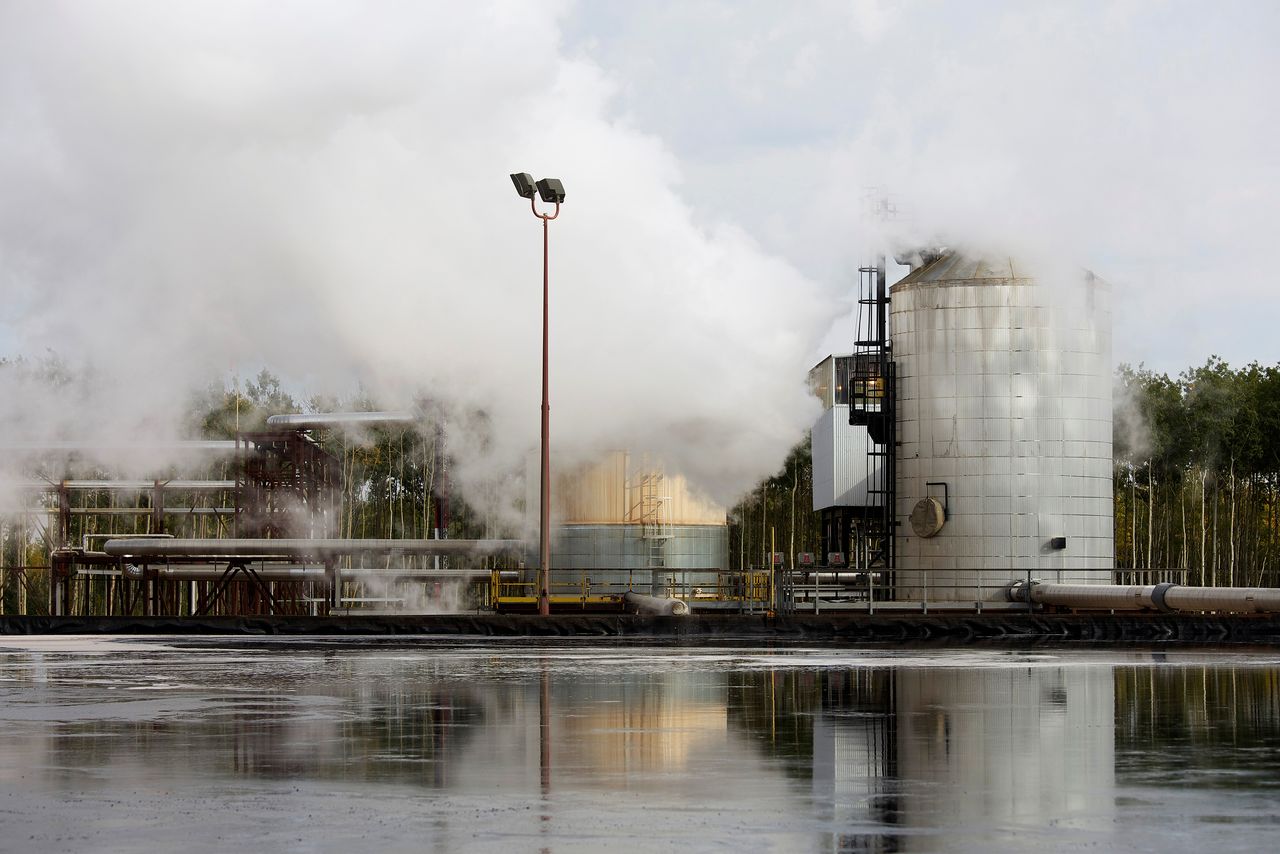