By Yilei Sun and Tony Munroe

SHANGHAI (Reuters) - Volkswagen AG's ID series - the backbone of its electric vehicle ambitions - is off to what even company sources call a worryingly slow start in China.

Sales in May of two ID.4 electric SUV models, launched only two months earlier, came to a mere 1,213 combined. And that was about 200 fewer than in April, according to auto consultancy LMC.

The sales fall far short of initial hopes, four people with knowledge of the matter said, and what some other automakers have achieved with early sales of flagship EV offerings in the world's largest auto market.

Volkswagen's venture with state-owned SAIC Motor, which makes the slightly bigger ID.4 X model, had been targeting sales of 50,000-60,000 vehicles this year, according to comments by Yang Siyao, a company marketing executive, in Chinese media in March.

A separate venture between the world's No. 2 automaker and FAW which makes the ID.4 CROZZ had similar targets, one of the sources said. Those goals now seem unrealistic.

Furthermore, both ventures' EV plants are running below 10% of production capacity, according to three of the people.

The sources blamed the less than auspicious debut on a lack of smart tech features, fierce competition, a late launch compared to Tesla Inc and Chinese EV makers as well as hiccups with its new EV sales network.

"Sales so far are behind our earlier expectations. We've had to dial down production plans for the ID.4 again and again," said one person, who like the other sources was not authorised to speak to media and declined to be identified.

"This is not healthy, but at the moment customers are not coming to buy them."

In another sign of sales stress, SAIC-Volkswagen has suggested staff members buy ID.4s, according to an internal memo seen by Reuters.

Volkswagen said in a statement to Reuters that ID. China sales were in line with expectations as it builds up production and a new sales network, adding it does not view Tesla's Model Y as a direct competitor for the ID.4, which occupies a different vehicle type segment.

It also said it was confident the two ID.4 models would see sales growth and noted plans for three more ID models to be launched this year in China.

More than any other country, China has aggressively pushed for the adoption of electric cars, introducing sales quotas as it seeks to cut pollution, encourage the growth of its auto industry and reduce reliance on oil.

Volkswagen, the country's biggest foreign automaker with 3.85 million vehicles - mostly gasoline - sold last year, has more riding on successfully transitioning its customers to EVs than the average automaker. It has also declared its intention to surpass Tesla as the world's top EV maker by 2025, ensuring that China will become a crucial battleground.

But getting customers on board is another matter altogether.

"The car looks okay but I know it is not smart enough," said Qian, who owns a Tesla Model 3 and enthuses about its assisted driving technology.

Unlike Tesla models and a growing number of vehicles from Chinese electric car makers like Xpeng Inc and Nio Inc, the ID.4 cannot park itself and does not offer advanced self-driving features or advanced voice-controlled functions.

"Chinese consumers value the sense of technology and science fiction of electric vehicles, and brand loyalty has always been low which is completely different from the European market," said Yale Zhang, head of Shanghai-based consultancy AutoForesight.

And unlike Europe, electric car competition is already cutthroat in China, where a plethora of manufacturers compete and the top-selling Wuling Hong Guang MINI EV, an entry-level sedan made by a General Motors joint venture, costs just 28,800 yuan ($4,450).

At the shopping mall where Qian checked out the ID.4, the SAIC-Volkswagen showroom is right next door to a store run by Xpeng and close to rival stores belonging to EV startup Neta and Huawei, which sells an electric car in partnership with automaker Seres. A store for Chinese EV maker Aiways is also set to open nearby soon.

"Compared with Europe, this car has too much competition and they are all new models with a strong tech sense," said Zhang.

Volkswagen said in its statement it would be offering new software feature updates in the future and with newer models.

Volkswagen has been faster than some other foreign automakers in China with EV development such as Toyota Motor Corp and Ford Motor Co, but sources say ideally it should have moved quicker.

Its joint ventures' EV plants, which can each build 300,000 vehicles per year, were ready for mass production in early 2020 but time taken to develop the vehicles in Germany meant the new ID.4s did not get regulatory approval until July, they added.

At the distribution level, Volkswagen is grappling with the introduction of new sales strategies popular with pure-play EV competitors.

Rather than relying predominantly on its existing roughly 2,000-dealer network, it is shifting to an agency sales model for EVs where showrooms are typically located in shopping malls, prices are fixed and there is no inventory for showroom operators.

The lack of inventory, however, has meant that staff who are used to the pressure inventory brings have less financial motivation to sell product, people familiar with the matter said.

Volkswagen said in its statement that production at its EV plants was running on schedule and that internal feedback on its new agency model is very positive.

It had 12 ID. stores in China as of end-May and plans to have more than 100 stores by the end of this year. It is also boosting its number of ID. sales agents to more than 1,000 by the year's end from 825 currently. 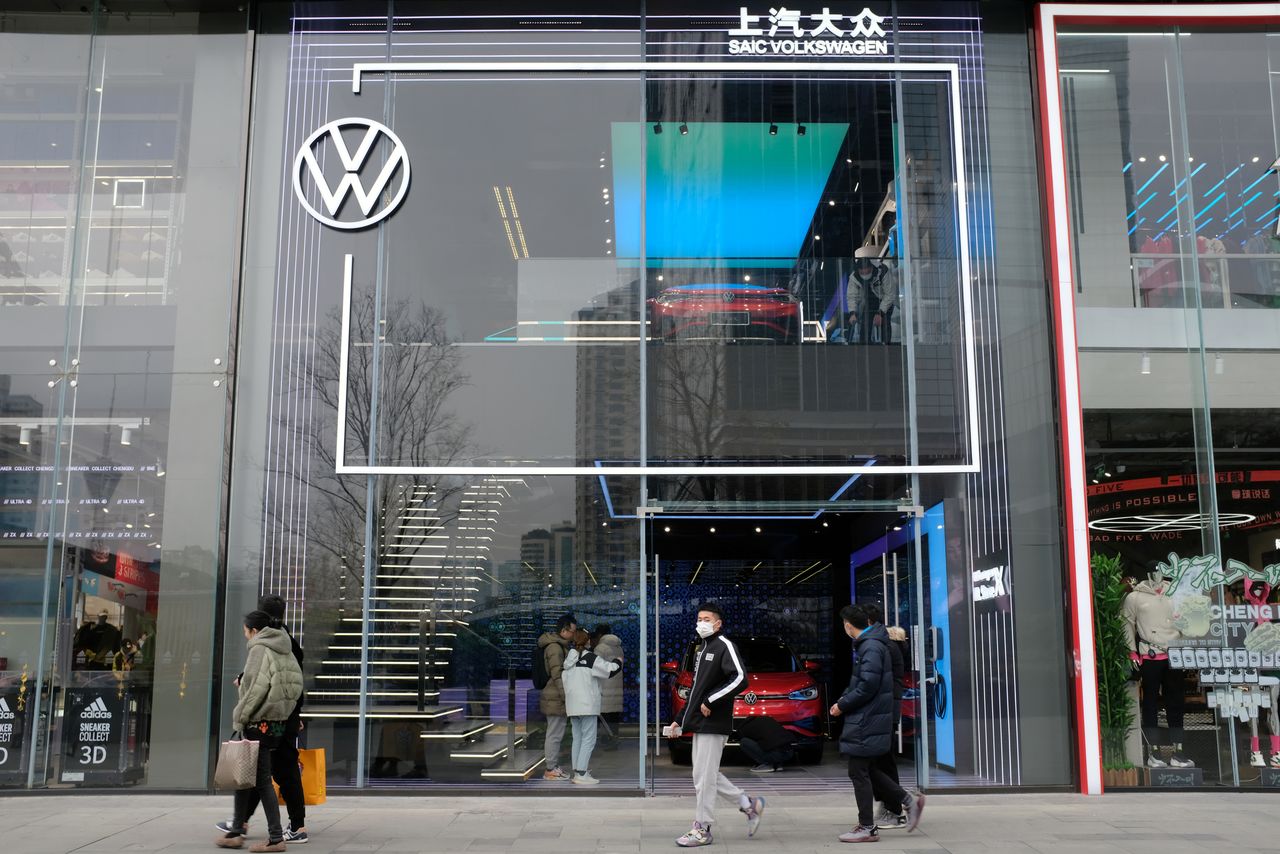 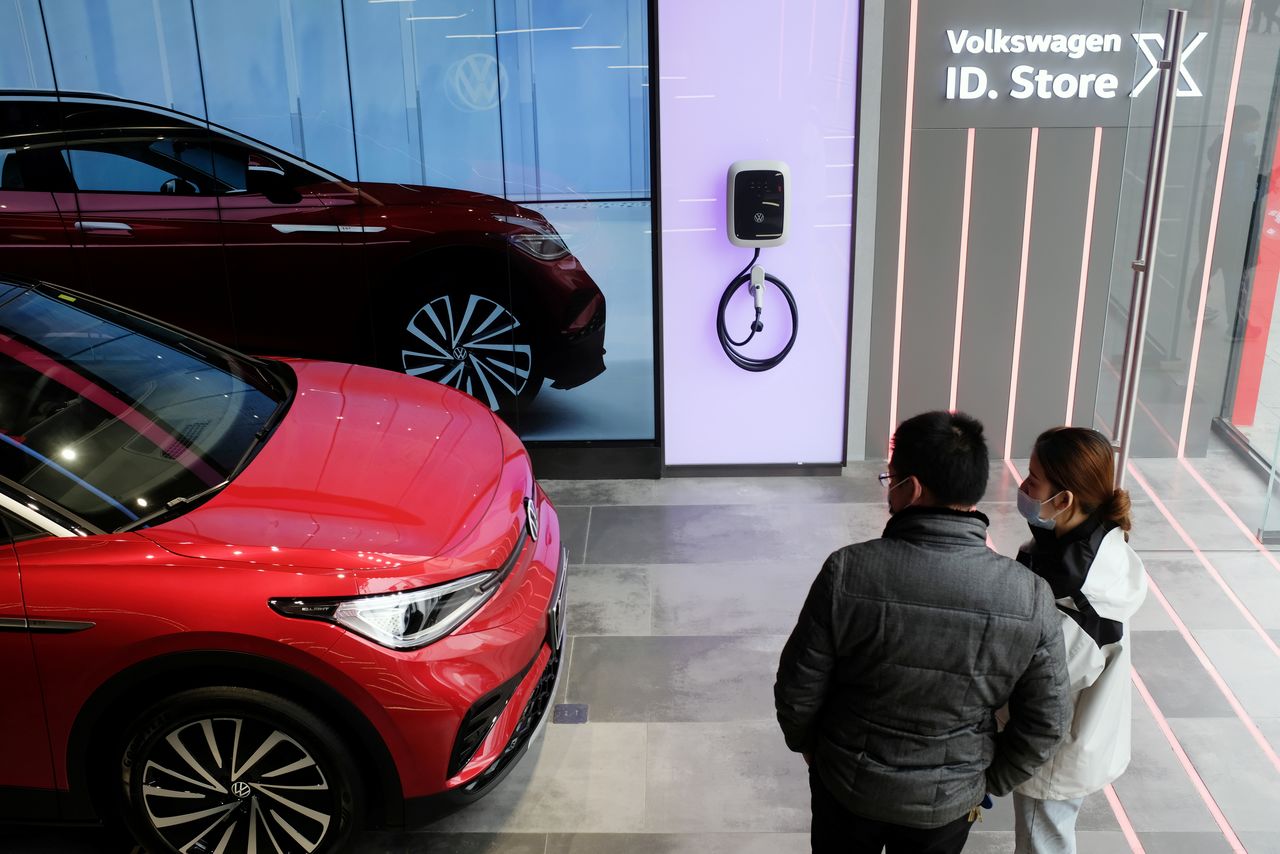