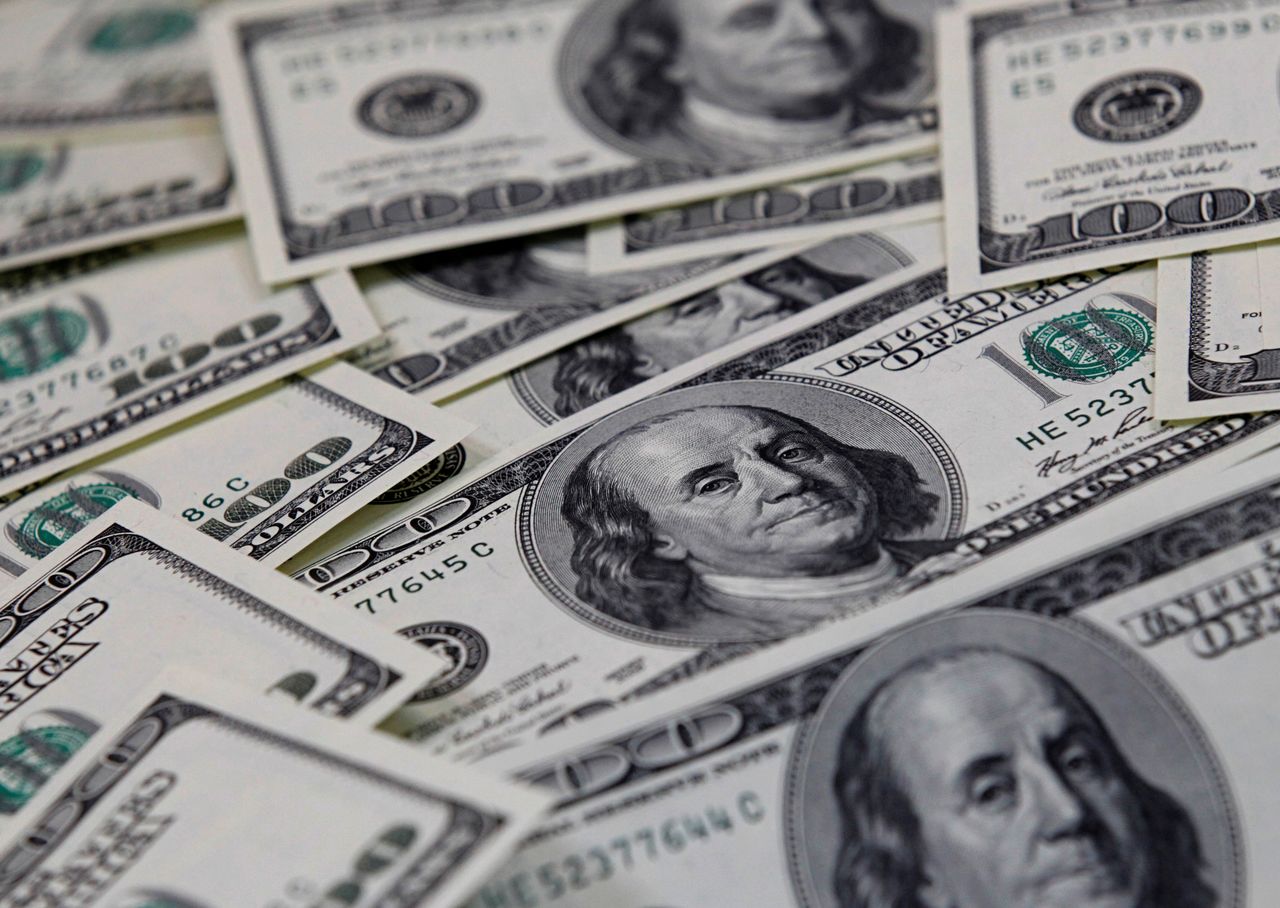 NEW YORK (Reuters) - The dollar ended higher on Wednesday as two Federal Reserve officials said that a period of high inflation in the United States could last longer than anticipated, a day after Fed Chair Jerome Powell played down rising price pressures.

Atlanta Fed President Raphael Bostic said with growth surging to an estimated 7% this year and inflation well above the Fed's 2% target, he now expects interest rates will need to rise in late 2022.

Both Bostic and Fed Governor Michelle Bowman on Wednesday said that while they largely agree recent price increases will prove temporary, they also feel it may take longer than anticipated for them to fade.

The dollar jumped after the Fed surprised markets on June 16 by saying that policymakers are forecasting two interest rate hikes in 2023.

But Powell on Tuesday said that prices are rising due to a "perfect storm" of rising demand for goods and services and bottlenecks in supplying them as the economy reopens from the pandemic and that those price pressures should ease on their own.

That said, “if we see signs of inflation pushing further higher, I think that could go some way in stirring inflation jitters all over again and putting the focus on Fed policy,” Manimbo said.

The dollar weakened earlier on Wednesday and hit a session low after data showed that sales of new U.S. single-family homes fell to a one-year low in May as the median price of newly built houses soared amid expensive raw materials, including framing lumber.

Other data showed that a measure of U.S. factory activity climbed to a record high in June.

Producer price inflation data on Friday is this week’s U.S. economic focus, with other releases including jobless claims on Thursday and consumer spending on Friday.

Data on Wednesday showed that euro zone business growth accelerated at its fastest pace in 15 years in June following the easing of more lockdown measures.

The Japanese yen also fell after data showed factory activity expanded at the slowest pace in four months in June.

Currencies correlated to the global economic cycle, including the Kiwi dollar and Norway's crown, outperformed on Wednesday.