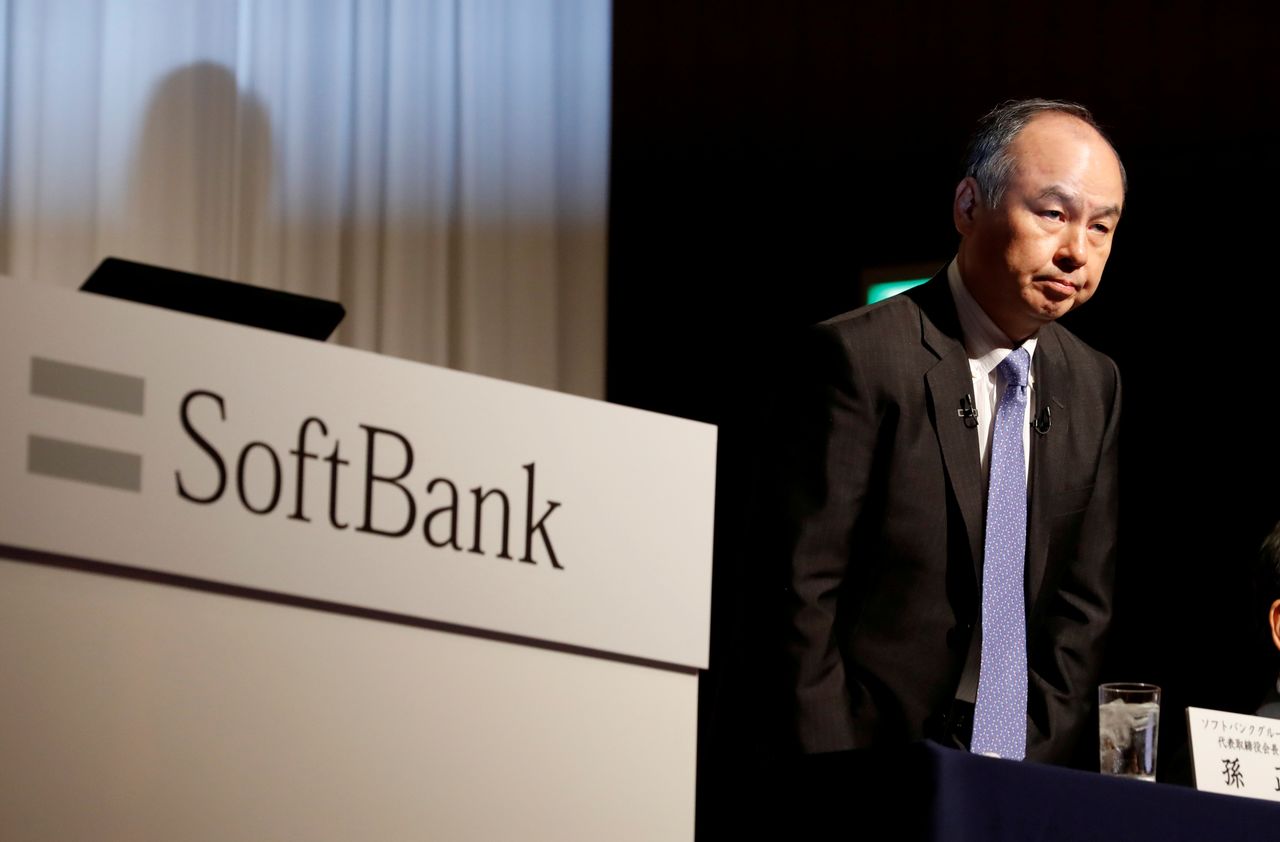 TOKYO (Reuters) - SoftBank Group Corp CEO Masayoshi Son said on Wednesday share buybacks remain an option for the conglomerate, amid a slide in its shares.

"Buybacks are always on my mind as an important option but when and how big requires balanced thinking," Son said at SoftBank's annual shareholders' meeting, adding that the group also needs to consider alternative uses of its capital.

Shares in SoftBank, which completed a record 2.5 trillion yen ($22.6 billion) buyback programme in May, have fallen amid weakness in tech stocks. That has helped widen its conglomerate discount - the gap between the value of its assets and share price - to about 50%.

SoftBank shares closed flat at 7,688 yen on Wednesday. Further falls to 7,000-7,500 yen "may increase the expectation of a buyback", Jefferies analyst Atul Goyal wrote in a note earlier this month.

Buybacks would increase 63-year-old Son's own shareholding and make any management buyout easier to achieve.

"I believe our potential is much bigger than the discounted share price," said Son, calling on shareholders to take a long-term view on the company.

The billionaire drew a historical comparison, saying that while credit is given to inventors like 18th century British steam engine pioneer James Watt, the capitalists that funded the railways are overlooked.

He sought to put the focus on SoftBank's role as a "capital provider for the information revolution" backing tech startups around the world. The group has hiked its capital commitment in its second Vision Fund to $40 billion, a filing showed on Wednesday.

However Son faced repeated questions at the meeting about plans for repurchases.

"Aren't you going to do more, are you still not doing it, how much will you buy - being so concerned about only this makes me a little sad," Son said.