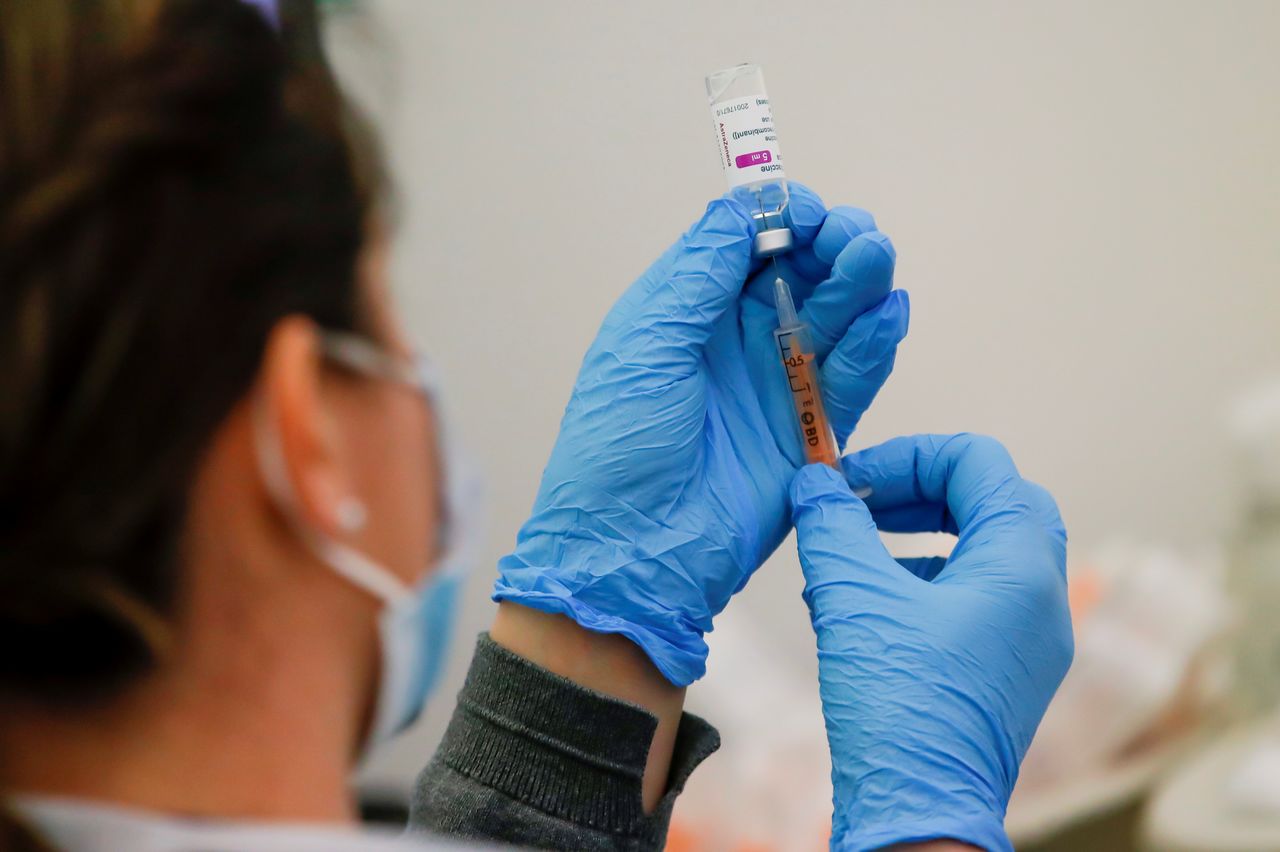 FILE PHOTO: A dose of the AstraZeneca COVID-19 vaccine is prepared in a vaccination centre at Newmarket Racecourse, amid the coronavirus disease outbreak in Newmarket, Britain March 26, 2021. REUTERS/Andrew Couldridge

(Reuters) - The pandemic has stoked hunger for trusted news in a time of global crisis and a clear majority of people want media organisations to be impartial and objective, The Reuters Institute for the Study of Journalism said.

* Six people have been arrested on suspicion of swindling the French state out of 12 million euros ($14 million) in COVID-19 unemployment benefits, the Europol police body said.

* British pilots, cabin crew, travel agents and other workers are urging politicians to save the summer holiday season by reopening routes abroad.

* Russia reported the most confirmed coronavirus-related deaths in a single day since February.

* Ireland's health minister said it is too early to say whether an increased presence of the Delta variant will delay a further easing of restrictions beyond July 5.

* Alcohol, high-fives and talking loudly will be banned for the reduced numbers of Olympic ticket holders allowed into venues.

* Taiwan will extend its curbs until July 12, the health minister said. A major Taiwanese Buddhist group said it was hoping to buy doses of BioNTech's vaccine.

* Passengers on two flights between Australia and New Zealand have been ordered to immediately isolate and undergo testing.

* Brazilian federal prosecutors have opened an investigation into a contract for doses of a vaccine made by India's Bharat Biotech, according to a document seen on Tuesday.

* The Centers for Disease Control and Prevention's COVID-19 residential eviction moratorium is expected to be extended by another month, sources said.

* Israel empowered health officials to quarantine anyone deemed to have been exposed to the especially infectious Delta variant.

* Mall operator Majid Al Futtaim said retail revenues in the United Arab Emirates in the latter part of 2021 are likely to exceed those seen before the pandemic.

* The World Health Organization said its review of Russia's vaccine production had found some issues with a Russian plant which fills vials with the Sputnik V shot. A source close to UfaVITA said the company had fully addressed these concerns.

* Vaccines made by AstraZeneca and the Pfizer-BioNTech alliance remain broadly effective against Delta and Kappa variants.

* The University of Oxford said it was testing anti-parasitic drug ivermectin as a possible treatment for COVID-19.

* World shares edged higher and the bond market calmed after reassurances from U.S. Federal Reserve Chair Jerome Powell that the Fed is not rushing to hike rates, but European stocks struggled to gain momentum. [MKTS/GLOB]

* The German cabinet approved a draft budget for next year to finance more COVID-19 measures, an official said.

* The European Commission approved Belgium's plan to recover from the pandemic and transform the economy in coming years.