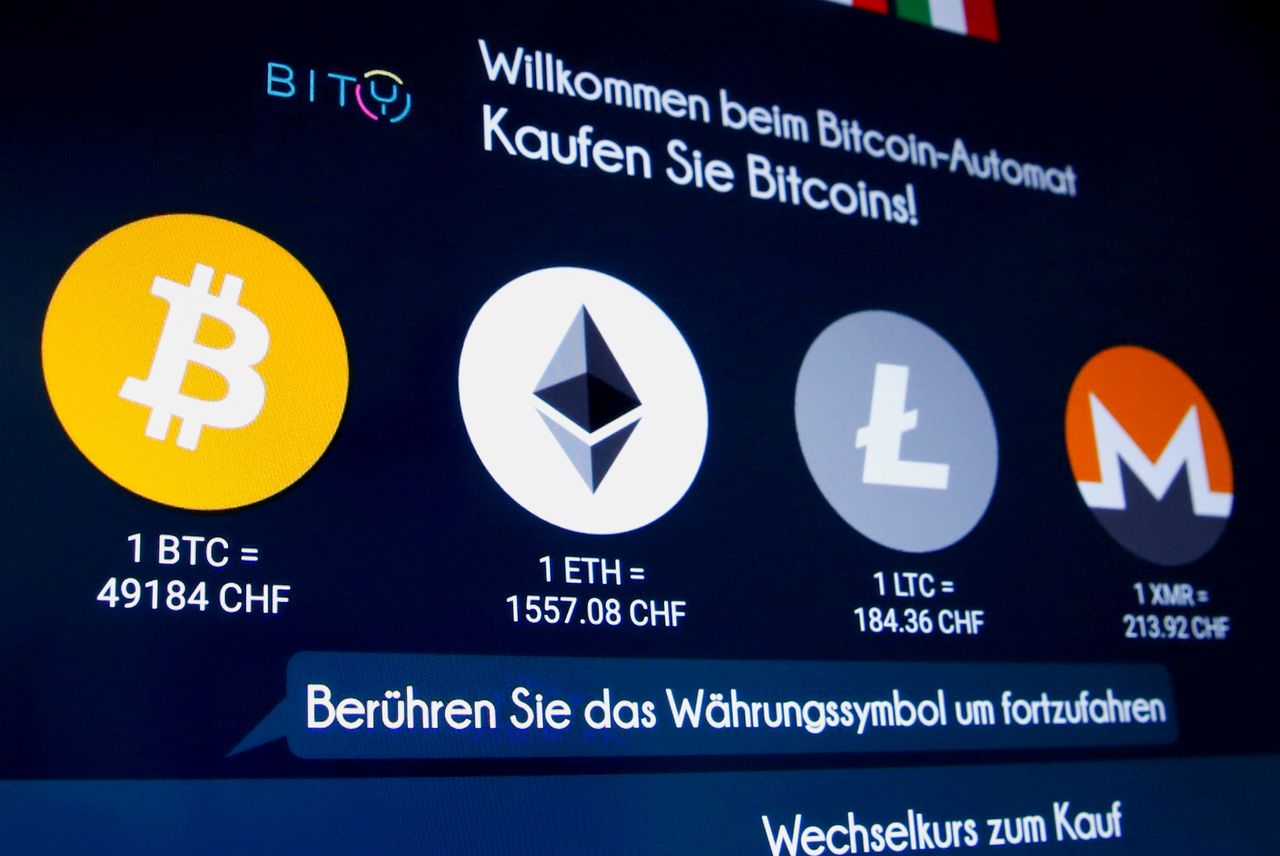 FILE PHOTO: The exchange rates and logos of Bitcoin (BTH), Ether (ETH), Litecoin (LTC) and Monero (XMR) are seen on the display of a cryptocurrency ATM of blockchain payment service provider Bity at the House of Satochi bitcoin and blockchain shop in Zurich, Switzerland March 4, 2021. REUTERS/Arnd Wiegmann

LONDON (Reuters) - Only 10% of institutional investment firms surveyed by JPMorgan trade cryptocurrencies, with nearly half labelling the emerging asset class as "rat poison" or predicting it would be a temporary fad.

Bitcoin, the world's largest cryptocurrency, fell to a five-month low on Tuesday, extending losses from China's deepening crackdown on mining and trading cryptocurrencies. The U.S. Securities and Exchange Commission has said it would like to see more regulation around trading in the space.

Of those firms who did not invest, 80% did not expect to start investing or trading in cyptocurrencies, according to the survey conducted at JPMorgan's Macro, Quantitative and Derrivatives conference, attended by some 3,000 investors from around 1,500 institutions.

However, asked about their personal investments, 40% of the investors said they were active in cryptocurrencies.

Four-fifths of investors also expected regulators to get tougher on the asset class, while a whopping 95% of them believed fraud in crypto world was "somewhat or very much prevalent", the survey released late on Tuesday found.

Billionaire investor Warren Buffett has in the past characterised bitcoin as "rat poison squared". One third in the JPM survey agreed with that view. Another 16% thought it was a temporary fad.