Exclusive: Let down by rich and failing the poor, global vaccine scheme to be shaken up

BRUSSELS (Reuters) - Shunned by rich countries and failing to meet the needs of the poorest, a programme co-led by the World Health Organization (WHO) for fair distribution of COVID-19 vaccines is planning a shake-up, internal documents seen by Reuters show.

The COVAX programme is far short of its target of delivering 2 billion doses by the end of the year, but does expect a big increase in supplies by early 2022, and wants to make sure that those, at least, reach the countries in direst need.

COVAX's initial lofty ambitions to act as a clearing house for the world's vaccines, collecting from the manufacturers in the most developed countries and quickly distributing to those in the most urgent need, have fallen flat.

So far, it has distributed a mere 90 million vaccines. While densely populated lower-income countries act as incubators for new and more dangerous strains of the coronavirus, some of the poorest countries have vaccinated less than 1% of their populations, according to estimates from Gavi, a global vaccine alliance that runs the scheme with the WHO.

The overhaul is meant to reduce COVAX's financial risks, increase its focus on the countries most in need and reduce the participation of richer countries as both donors and recipients, according to a paper prepared by Gavi.

The document is expected to be adopted at a Gavi board meeting on Wednesday and Thursday.

"The suggestion is, subject to Board approval, to focus COVAX's procurement efforts on all SFPs (self-financing participants) that will continue to need the facility, in such a way that enables simplified operations and reduced financial risks, based on the lessons learned over the past year," a spokeswoman for Gavi said.

The WHO had no immediate comment, but usually lets Gavi speak about COVAX on its behalf.

Wealthy countries have generally preferred to use their financial clout to buy their own vaccines direct from the manufacturers.

And despite pleas from the WHO to share any surplus vaccines via its programme, the United States, Japan and the European Union have all outlined plans to donate to countries directly, as well as to COVAX.

By prioritising their own diplomatic and commercial interests, wealthy nations have in effect wrecked COVAX's ambition to take overall charge of the global fight against the pandemic.

"The fact that Gavi's board is now reviewing the way in which wealthier countries can continue to participate in the facility is in part a recognition that the set-up does not work," said Kate Elder, senior policy adviser at the medical aid group Medecins Sans Frontieres.

About 190 countries are currently COVAX members, but one-third do not use its vaccines and only about 40 have launched their vaccination drives with jabs from COVAX, the Gavi document says.

In a separate internal document, Gavi estimates that membership may shrink to 120-130 next year.

Many rich nations are expected to step aside voluntarily, but the planned policy change will also make it costlier for middle-income countries to take part.

Whereas now Gavi takes significant financial risks in ordering vaccines on behalf of its members, next year middle-income nations that still need COVAX vaccines will have to pay for them fully in advance.

This means that countries in Latin America and the Middle East, as well as the likes of South Africa, may face higher costs and need to borrow money to secure doses.

However, the poorest countries, mostly in Africa and Southeast Asia, will keep the same conditions, with little or no costs to buy vaccines.

"The model would be redesigned with less flexible terms and conditions, aimed at simplification, and lowering financial risk to retain countries that need the facility whilst disincentivising other countries from continued participation beyond the end of 2021," one of the documents says.

And that should have tangible benefits for the poorest countries.

COVAX has raised nearly $10 billion, above its target for this year, and has begun receiving some surplus doses from rich nations. However, wealthy states' earlier massive purchases of vaccines and curbs on exports from India, the facility's main supplier, have left poorer countries short of supply.

Gavi believes that a projected increase in supply in the second half of the year could lift the share of those vaccinated in the poorest countries to nearly 30% by early 2022.

Gavi plans to spend $775 million to help countries distribute those vaccines and avoid repeating incidences of wastage caused by insufficient preparation and infrastructure.

With these countries facing a possible five-fold increase in the monthly throughput of vaccines, the risk of such wastage is high, one document says. 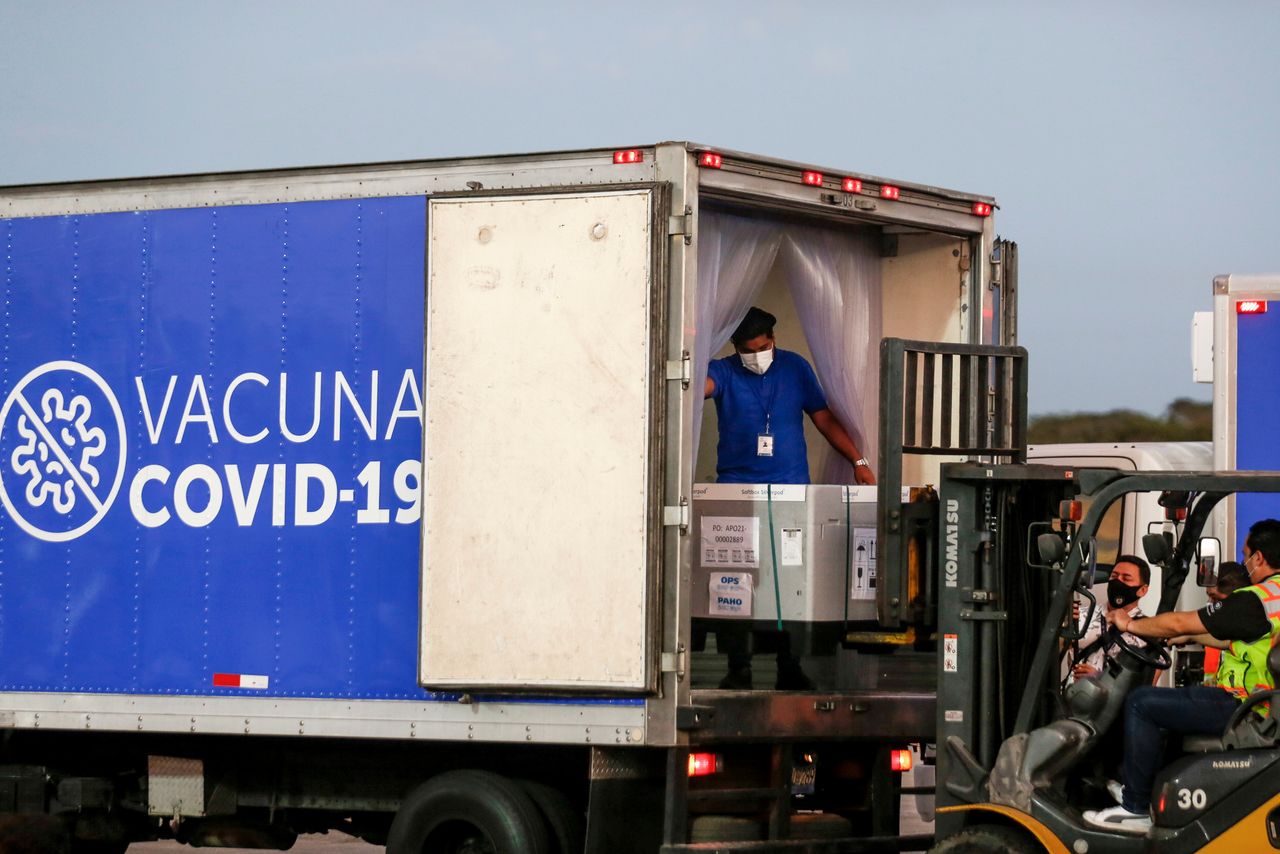 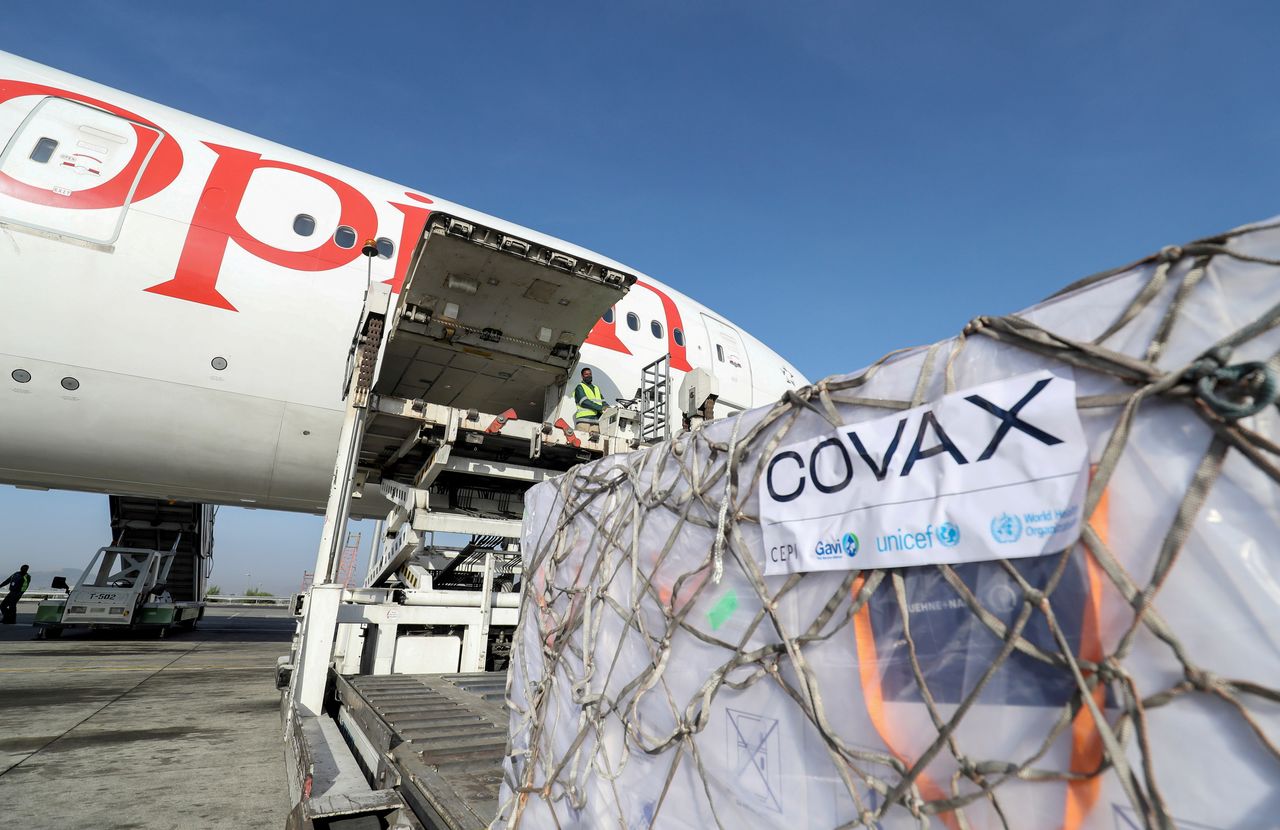 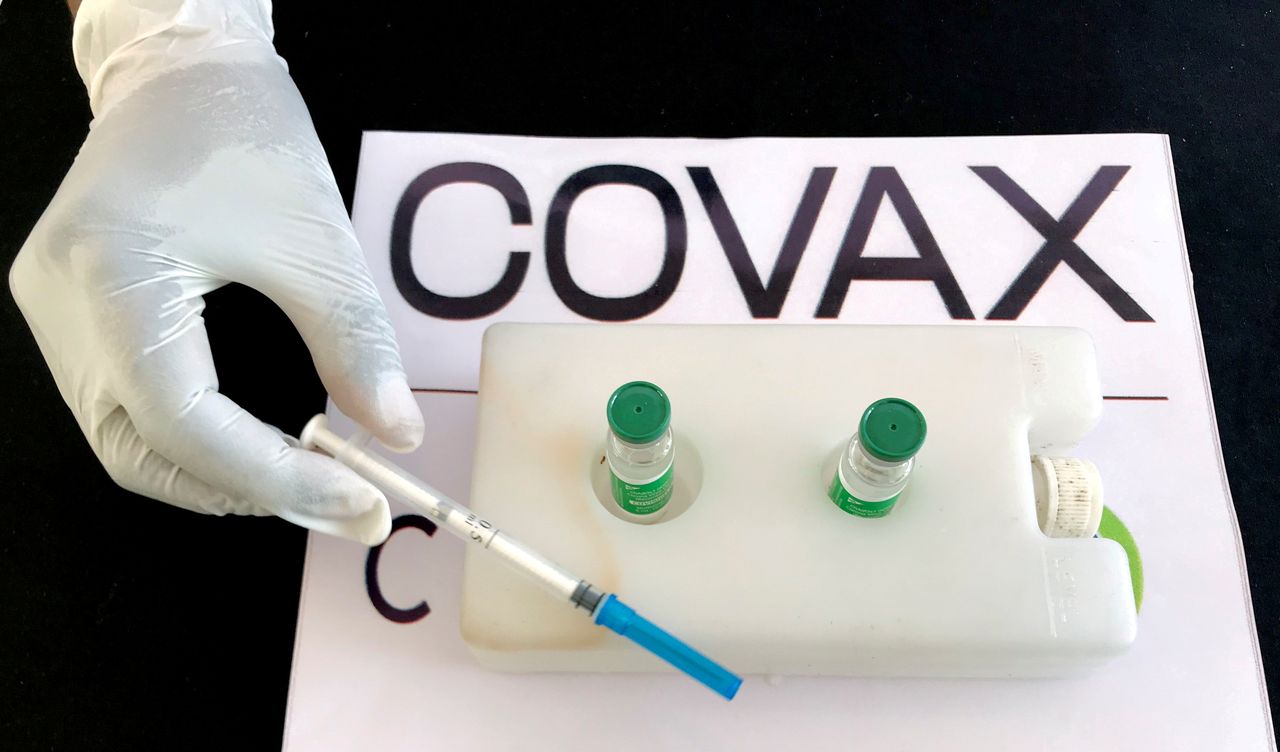 FILE PHOTO: A nurse prepares to administer the AstraZeneca/Oxford vaccine under the COVAX scheme against the coronavirus disease (COVID-19) at the Eka Kotebe General Hospital in Addis Ababa, Ethiopia March 13, 2021. REUTERS/Tiksa Negeri/File Photo 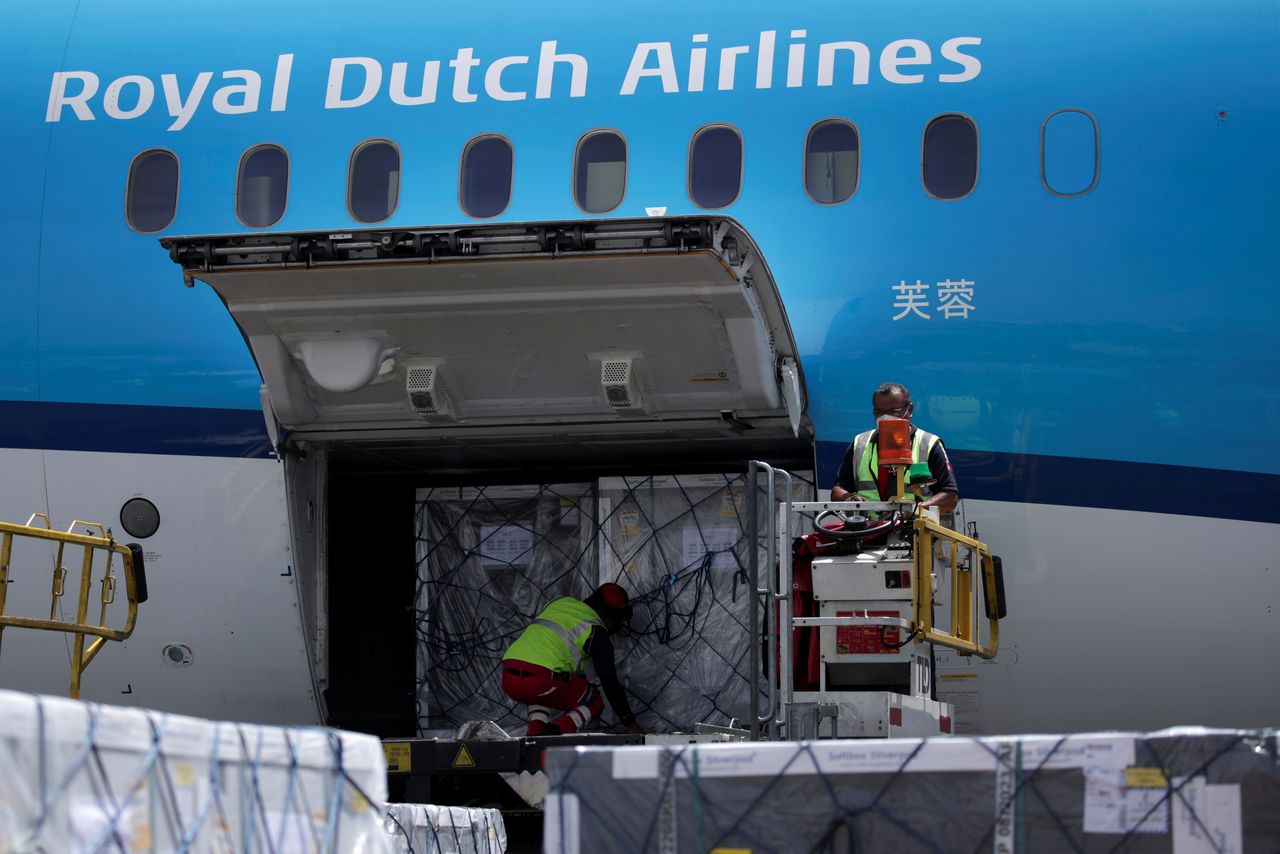 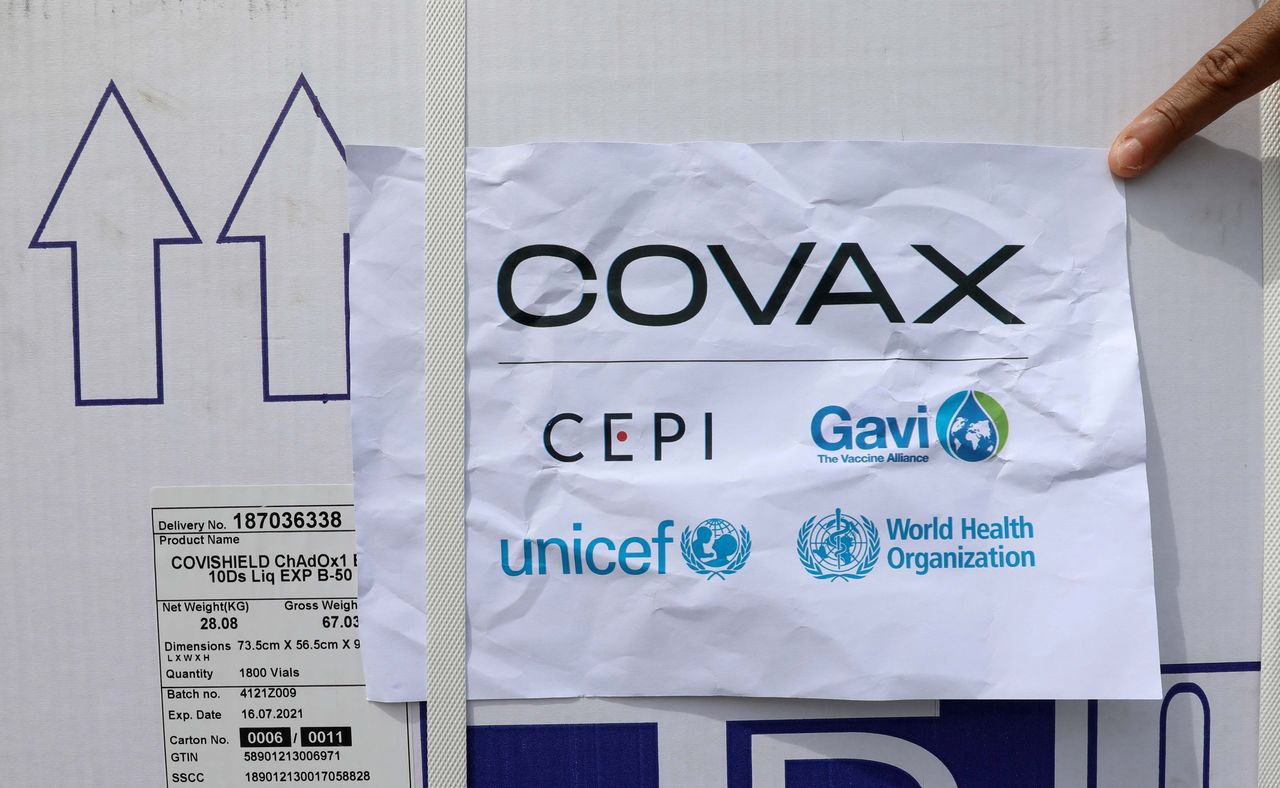