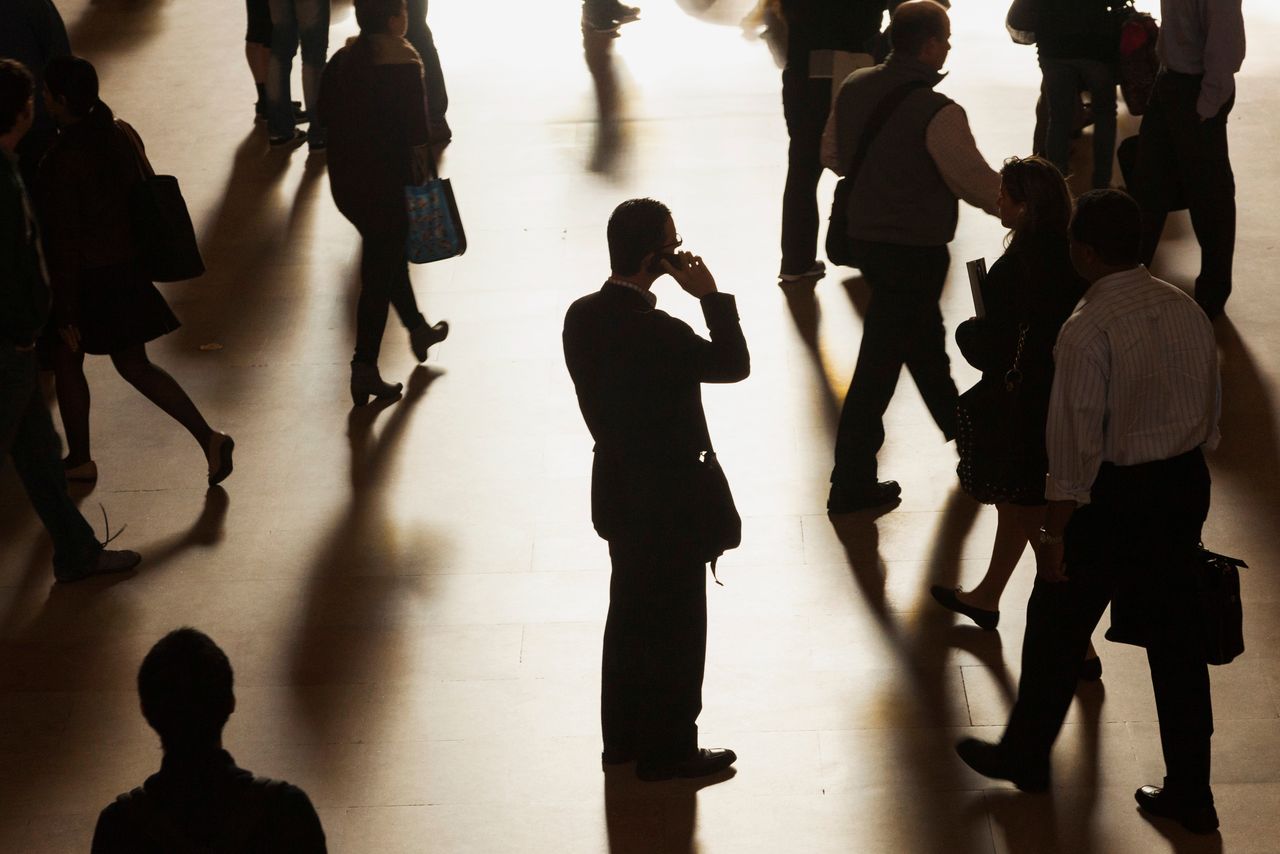 FILE PHOTO: A man stands in the middle of Grand Central Terminal as he speaks on a cell phone in New York, September 25, 2013. REUTERS/Zoran Milich

TORONTO (Reuters) - Record-breaking dealmaking in Canada is encouraging investment banks to beef up staffing, but the increased demand for bankers is forcing some to pay up in unique ways to attract new hires.

Canadian mergers and acquisitions (M&A) year to date surged to a record $206.5 billion and IPOs hit an all-time high of $5.6 billion, according to Refinitiv, after the pandemic crushed dealmaking in the first three quarters of 2020.

"It continues to be an active market with lots of active discussions with clients going on as well, and so that has absolutely spurred on a need to fortify the ranks within the teams," said Scott Lampard, head of global banking for HSBC Bank Canada.

With the pace of transaction expected to continue at pace, banks are paying more to hire and retain existing teams, offering a range of new services, like sending in a consultant to create the ideal home office, recruiters say.

"We've been doing this for nearly 20 years and we've never seen a market like this," said Bill Vlaad, CEO at recruitment firm Vlaad and Company. "Everybody is scrambling,"

"Many of the banks have increased base salaries quite dramatically, mostly in 2021," he said, adding salaries had increased 20%-40% across M&A roles.

"Now if you want to attract, you have to put something else on the table."

Headcount at National Bank Finance will be up by four or five people in M&A versus the same time last year, David Savard, head of M&A at the bank, told Reuters.

That put the team at 28 for the large-cap M&A team and 10 for the mid-market team, he said, adding both areas were "booming".

"There seems to be some pent-up demand for entrepreneurial-led companies and private companies doing M&A coming out of COVID," he said.

David Rawlings, CEO for JPMorgan Canada, agreed headcount would be likely higher in the near future.

"We think activity will continue to be strong and are currently looking to selectively hire with a particular focus on senior diverse candidates," said Rawlings.