Dollar holds below two-month highs as Fed policy in focus 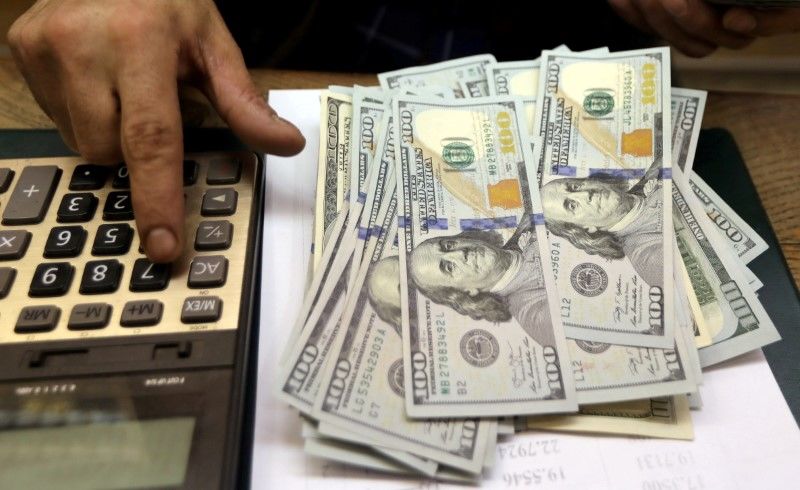 NEW YORK (Reuters) - The dollar was steady on Thursday as investors evaluated the likelihood that the U.S. Federal Reserve will be more aggressive in stamping out high inflation if it persists, while the pound weakened after the Bank of England made no changes to its monetary policy.

Fed policymakers have been offering differing viewpoints on how long inflation is likely to stay high and when it will be appropriate to tighten monetary policy after the Fed last week surprised markets by forecasting two rate hikes in 2023.

The dollar index was little changed on the day against a basket of currencies at 91.790, holding below a two-month high of 92.408 reached on Friday after the Fed meeting.

“I do suspect we’ll have a little bit more consolidation and then some more dollar upside,” said Erik Nelson, a macro strategist at Wells Fargo in New York.

“The Fed put the market on notice with regards to its inflation target and new mandate, and really just the idea that they would be completely and resolutely dovish forever … so I think there’s more room for a shakeout here,” Nelson said.

On Thursday, two Fed officials warned that inflation could rise more than policymakers expect in the near term.

New orders for key U.S.-made capital goods unexpectedly fell in May, likely held back by shortages of some products.

The next major U.S. economic focus will be producer price data on Friday.

Sterling slipped after the Bank of England said inflation would surpass 3% as Britain's locked-down economy reopens, but the climb further above its 2% target would only be "temporary" and most policymakers favored keeping stimulus full throttle.

“While the underlying tone was quite upbeat, and we do think that there was a clearer hawkish lean, it was not hawkish enough for those looking for a sharper turn after last week's FOMC meeting,” analysts at TD Securities said in a report on Thursday.

The euro gained 0.03% on the day to $1.1932. German business morale rose more than expected in June and hit its highest level since November 2018, a survey showed.

The greenback gained to 111.11 Japanese yen overnight, the strongest since March 2020, before dropping back to 110.86, down 0.09% on the day. Data showed Japan's corporate services prices rose in May at the fastest annual pace in eight months.