U.S. no longer sees Taiwan as a problem in China ties, official says 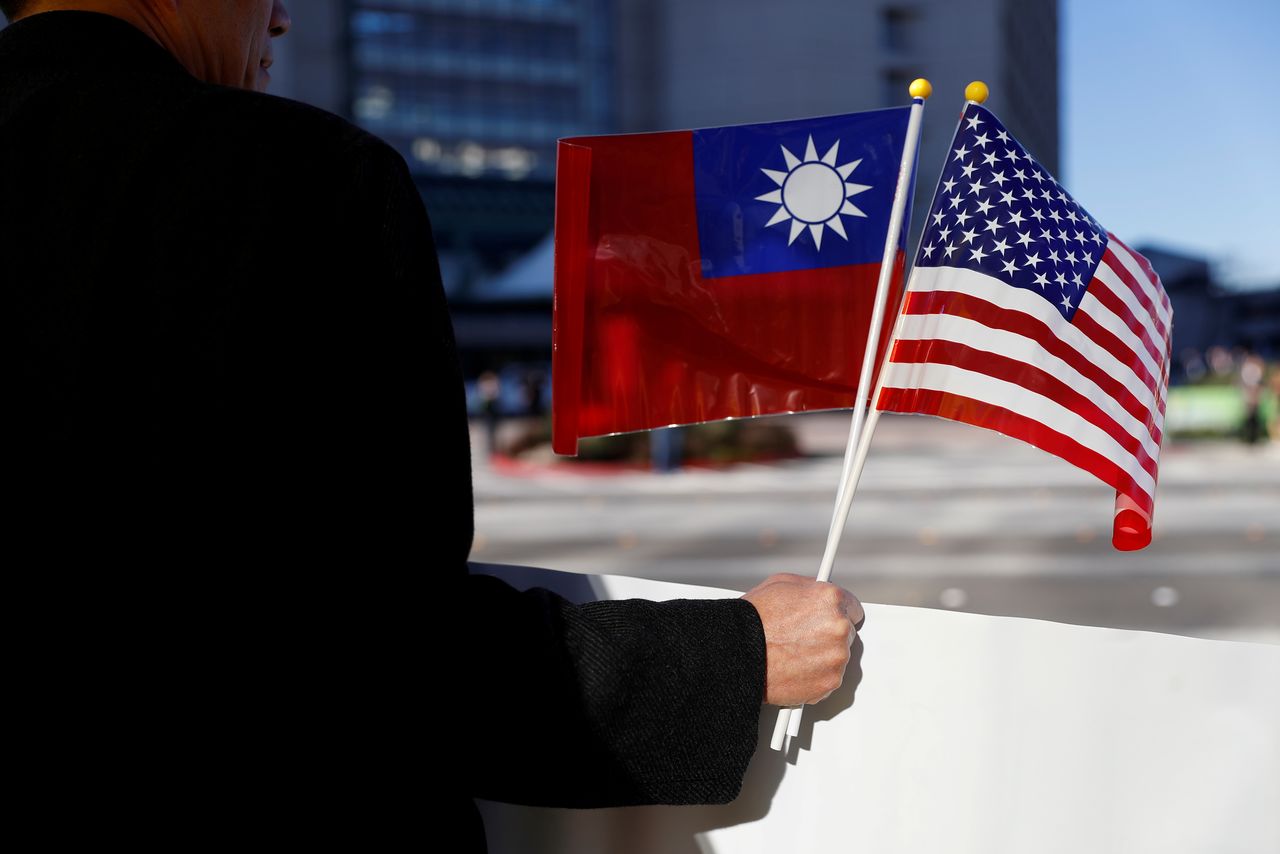 FILE PHOTO: A demonstrator holds flags of Taiwan and the United States in support of Taiwanese President Tsai Ing-wen during an stop-over after her visit to Latin America in Burlingame, California, U.S., January 14, 2017. REUTERS/Stephen Lam

TAIPEI (Reuters) - The United States no longer sees Taiwan as a problem in its relations with China, but as an opportunity to promote a free and open Indo-Pacific, a senior U.S. diplomat said on Thursday.

Like most nations, the United States has no formal diplomatic ties with the Chinese-claimed island, but is its most important international backer, to Beijing's anger, and President Joe Biden's administration has moved to restate that support.

In a speech in Taipei, Raymond Greene, deputy head of the de facto embassy the American Institute in Taiwan, said when he first worked in Taiwan almost two decades ago, everything it did related back to cross-Taiwan Strait issues and how Taiwan fit into the U.S.-China relationship.

But over the past three years, efforts have been overwhelmingly focused on deepening ties and working together to help other countries develop their economies and democratic institutions, he said.

"I've lost count of how many meetings the director and I have had with our Taiwan partners where the word 'China' never even came up," added Greene, who leaves Taiwan for Japan next week.

"This reflects a fundamental change in the U.S.-Taiwan relationship," he said.

"The United States no longer sees Taiwan as a 'problem' in our relations with China, we see it as an opportunity to advance our shared vision for a free and open Indo-Pacific and also as a beacon to peoples around the world who aspire for a more just, safe, prosperous, and democratic world."

In recent months, China has ramped up efforts to force Taiwan to accept its sovereignty, with steps such as repeatedly flying fighter jets and bombers into the island's air defence zone.

Most people on the democratically-governed island have shown no interest in being ruled by autocratic China.