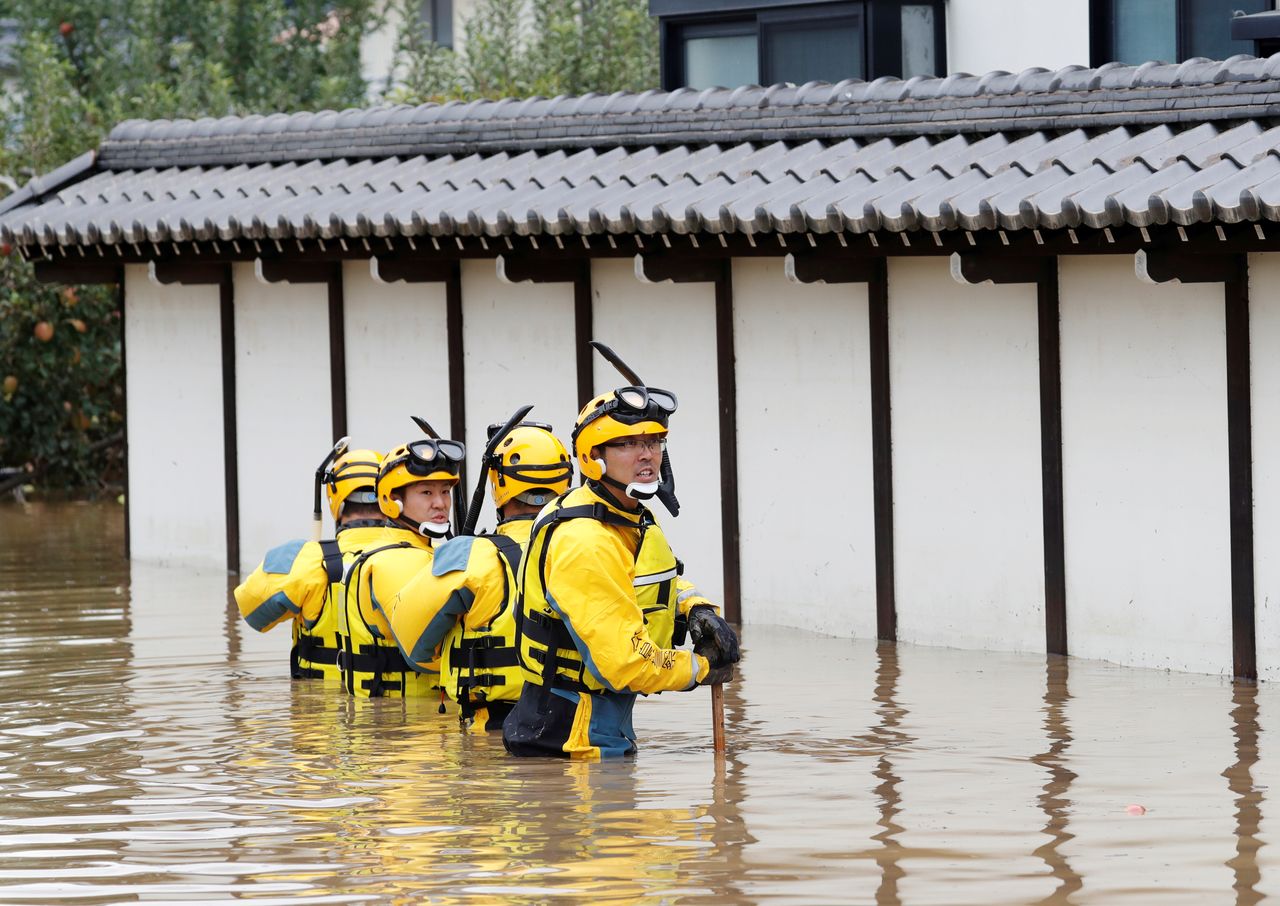 TOKYO (Reuters) - As the world tries to price the cost of climate change, Japan's second largest non-life insurer MS&AD foresees the potential rise in claim payments in 2050 to be anywhere between 5% to 50% from current levels.

Sompo Holdings, the No. 3 non-life insurer, also plans to announce a similar estimate in August but with plenty of caveats, its officials say.

Others, including industry leader Tokio Marine & Nichido Fire Insurance, are wary of even producing estimates, citing a lack of data.

"But there may never be a correct answer. It's better than nothing."

The wide range produced by MS&AD illustrates the difficulty of pricing climate costs, and underscores the challenge financial institutions face in meeting pressure by investors for more disclosure.

Calculating climate costs is no easy task even for Japanese insurers, armed with sophisticated models to predict the course and intensity of typhoons, and the damage they could cause.

"But doing scenario analysis without clarity on how climate could change 50 years from now, and how that could affect the number of typhoons that hit Japan, is a different story."

Japanese regulators are still learning their way in setting rules on disclosure, lagging their counterparts in countries like Britain and France who have already announced plans to conduct stress tests incorporating climate risks.

Domestic financial institutions were thus allowed to go slow. But that is changing as Japan joined its Group of Seven counterparts this month in backing moves to force banks and firms to disclose their exposure to climate risks.

Among the world's most disaster-prone countries, Japan is already seeing a surge in heavy rain, typhoons and flooding, which the government has blamed partly on climate change.

(Graphic: Japan flood damage soared over the past years, https://graphics.reuters.com/CLIMATE-CHANGE/JAPAN-INSURERS/yxmpjazmqvr/chart.png)

The government estimates that average temperatures in Japan will rise by up to 4.5 degree Celsius towards the end of this century, which could double or quadruple the number of floodings.

Bank of Japan Governor Haruhiko Kuroda warned that climate change could exert an "extremely large impact" on the economy, when announcing last week the bank's plan to boost funding for fighting climate change.

While the need for disclosure appears imminent, various factors make insurers, including those in Europe and the United States, wary of doing so.

Among them is the difficulty of modelling the impact of rising temperatures on cash flows for such a long timeframe, as well as a lack of uniform, comparable global rules on what assumptions they can base their projections on.

Policymakers have urged companies to use recommendations made in 2017 by the Task Force on Climate-related Financial Disclosures (TCFD). But the TCFD itself warned that more tools, data and methods must be developed for climate-related scenario analysis to work for a broader range of industries.

Setting global standards could turn out to be a complex and controversial process that could take years, as climate change affects countries in different ways, analysts say.

Europe has suffered heat and drought, while Australia and some U.S. states like California have been hit by wildfires.

In Japan, flooding caused by typhoons and heavy rain make up roughly 70% of all natural disasters, and is partly why MS&AD's analysis is based on the impact of typhoons.

"Even now, one or two typhoons could abruptly increase losses to the scale of 100 billion yen," he said. "When it's so hard to predict costs several years from now, what's the point trying to come up with projections for 2030 or 2050?"