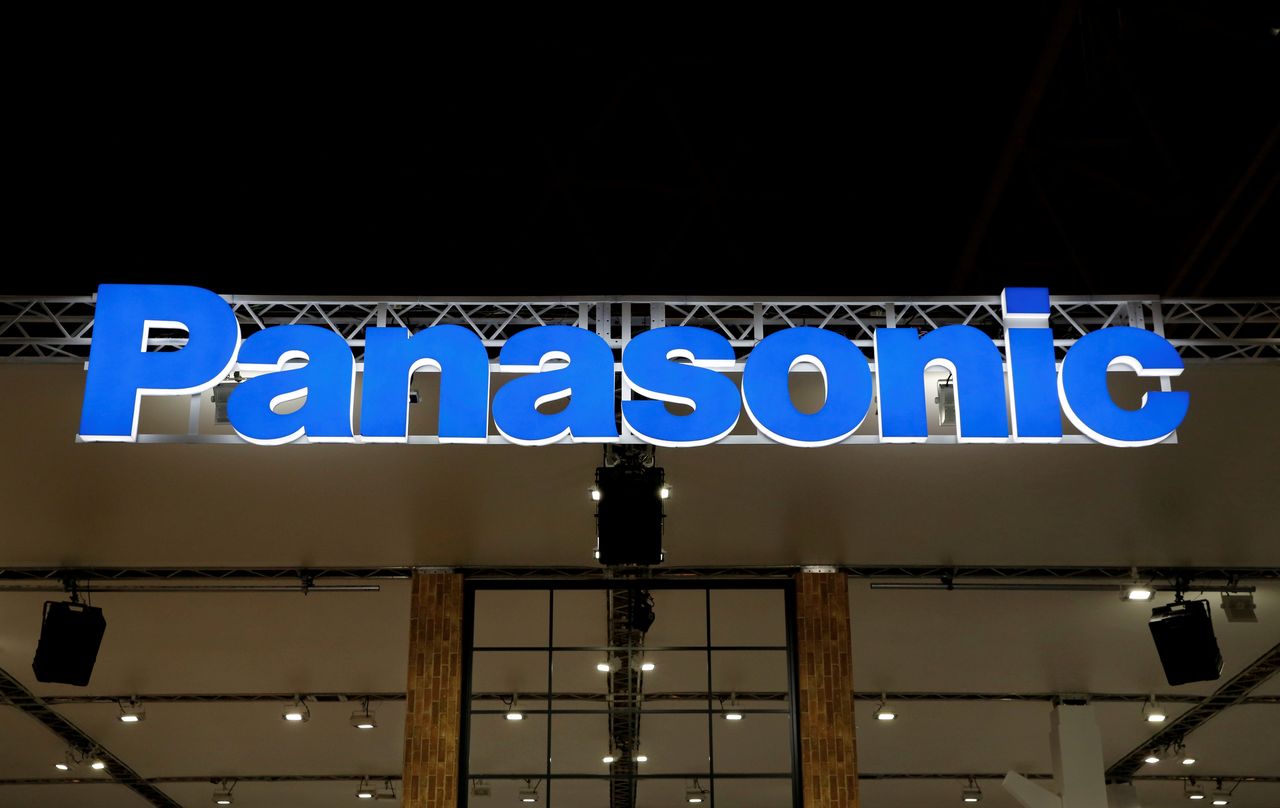 FILE PHOTO: A logo of Panasonic Corp is pictured at the Combined Exhibition of Advanced Technologies at the Makuhari Messe in Chiba, Japan, October 2, 2017. REUTERS/Toru Hanai/File Photo

By Sam Nussey and Shinji Kitamura

TOKYO (Reuters) - Panasonic Corp sold its stake in electric car maker Tesla Inc for about 400 billion yen ($3.61 billion) in the year ended March, a spokesperson for the Japanese company said on Friday.

The sale comes as the bicycles-to-hair dryers conglomerate is seeking to reduce its dependence on Tesla and raise cash for growth investment.

Panasonic's battery business is dominated by Elon Musk's Tesla, but the two firms have had a tense relationship at times.

"The impact of crypto assets may have pushed Tesla's share price above its intrinsic value, making it a good time to sell," said Hideki Yasuda, an analyst at Ace Research Institute.

Musk said in February his firm bought bitcoin and would take payment in the cryptocurrency, a decision he later reversed, and his comments on Twitter drive swings in the price of such assets.

While Panasonic gave financial backing to Tesla when it was smaller, the automaker's expansion means there's no need for capital ties, Yasuda added. Panasonic's shares closed up 4.9% on Friday in the biggest such move since January.

The stake sale will not affect the partnership with Tesla, the Panasonic spokesperson said, and was made as part of a review of shareholdings in line with corporate governance guidelines.

The sale comes as the automaker is diversifying its own battery supply chain.

Tesla has struck deals with South Korea's LG Energy Solution, a unit of LG Chem, and China's CATL, with Reuters reporting the latter is planning a plant in Shanghai near the automaker's production base.

Panasonic said earlier this year it would buy the shares https://www.reuters.com/business/panasonic-says-it-will-buy-us-supply-chain-software-firm-blue-yonder-2021-04-23 of U.S. supply-chain software company Blue Yonder that it does not already own, in a $7.1 billion deal. Its biggest such deal in a decade, the price raised the eyebrows of analysts who pointed to the firm's spotty M&A track record.