TOKYO (Reuters) -Toshiba Corp shareholders ousted the chairman of the board on Friday, delivering a powerful rebuke to the company after management was found to have colluded with the Japanese government to put pressure on foreign investors.

The unexpected removal of chairman Osamu Nagayama, a veteran of corporate Japan, and another director marked a clear victory for corporate governance, and sent a strong signal about overseas investors' ability to push through change even at one of Japan Inc's most storied conglomerates.

The board said it would undertake a full review of assets and devise a plan to create growth via dividends and buying back shares. It would also engage with potential investors, it said, comments that could spark tension with the government, which regards Toshiba as a strategic asset.

CEO Satoshi Tsunakawa was appointed as interim chairman, the company said, adding it recognised the seriousness of the rejection of the two directors.

"This result is a sign of a paradigm shift in Japan and will only embolden activist investors whether foreign or domestic," said Justin Tang, head of Asian research at United First Partners in Singapore.

Tsunakawa retook the helm in April after Toshiba's previous CEO left, but has said he does not plan to stay for too long. Ousters of board members at Japanese companies, particularly household names such as Toshiba, are extremely rare.

But supporters of Nagayama say his failure to win re-election will only set back Toshiba further, depriving the industrial conglomerate, which has lurched from crisis to crisis since an accounting scandal in 2015, of an experienced leadership.

A breakdown of the vote was not immediately disclosed.

The strategic review will be led by Paul Brough, a chartered account with experience in mergers and acquisitions as a financial adviser.

One Toshiba source, who was not authorised to speak to the media, said foreign investors had voted in greater numbers than in previous shareholder meetings as they saw it as an important test case of corporate governance in Japan.

How the government responds has yet to seen, but so far Trade Minister Hiroshi Kajiyama has been unapologetic about his ministry's dealings with Toshiba, saying the policies it implemented were natural ones for the ministry to take.

Toshiba makes defence equipment and nuclear reactors and is strategically important to the government.

"In general the hope is that corporate governance can be improved through discussions with shareholders and at the same time we work to secure the stable development of businesses and technology that are important from a national security standpoint," he told a regular news conference ahead of the AGM.

On Thursday, Akira Amari, a former economy minister and an influential lawmaker in the ruling Liberal Democratic Party, accused activist investors of focusing only on short-term profits and called for better monitoring of such investors to protect economic security.

Shares in Toshiba closed down 0.6%. The stock has increased by around two-thirds in value this year, bolstered by a $20 billion bid for the company by private equity company CVC Capital. Although Toshiba has dismissed that bid, it has promised the strategic review.

Nagayama, who was seen as cautious about such offers, only joined Toshiba's board in mid-2020 after the alleged pressuring of foreign shareholders to vote in line with management's board nominees took place.

A former Chugai Pharmaceutical CEO and Sony Group Corp board director, he is well respected and both the electronics giant and former U.S. ambassador to Japan John Roos had expressed their support for him.

But his critics argued he should step down to take responsibility for the board's resistance to address the allegations.

Shareholder advisory firms Institutional Shareholder Services Inc and Glass Lewis had recommended shareholders not reappoint him, while 3D Investment Partners, Toshiba's Singapore-based No. 2 shareholder with a 7.2% stake, had called for his resignation.

3D Investment said in a statement after the result that it hoped the AGM marked the beginning of a new era and it looked forward to constructive, ongoing dialogue with Toshiba's board and management team.

Toshiba nominated 11 directors at the AGM, including Nagayama. Nobuyuki Kobayashi, a member of the audit committee, was also voted out. 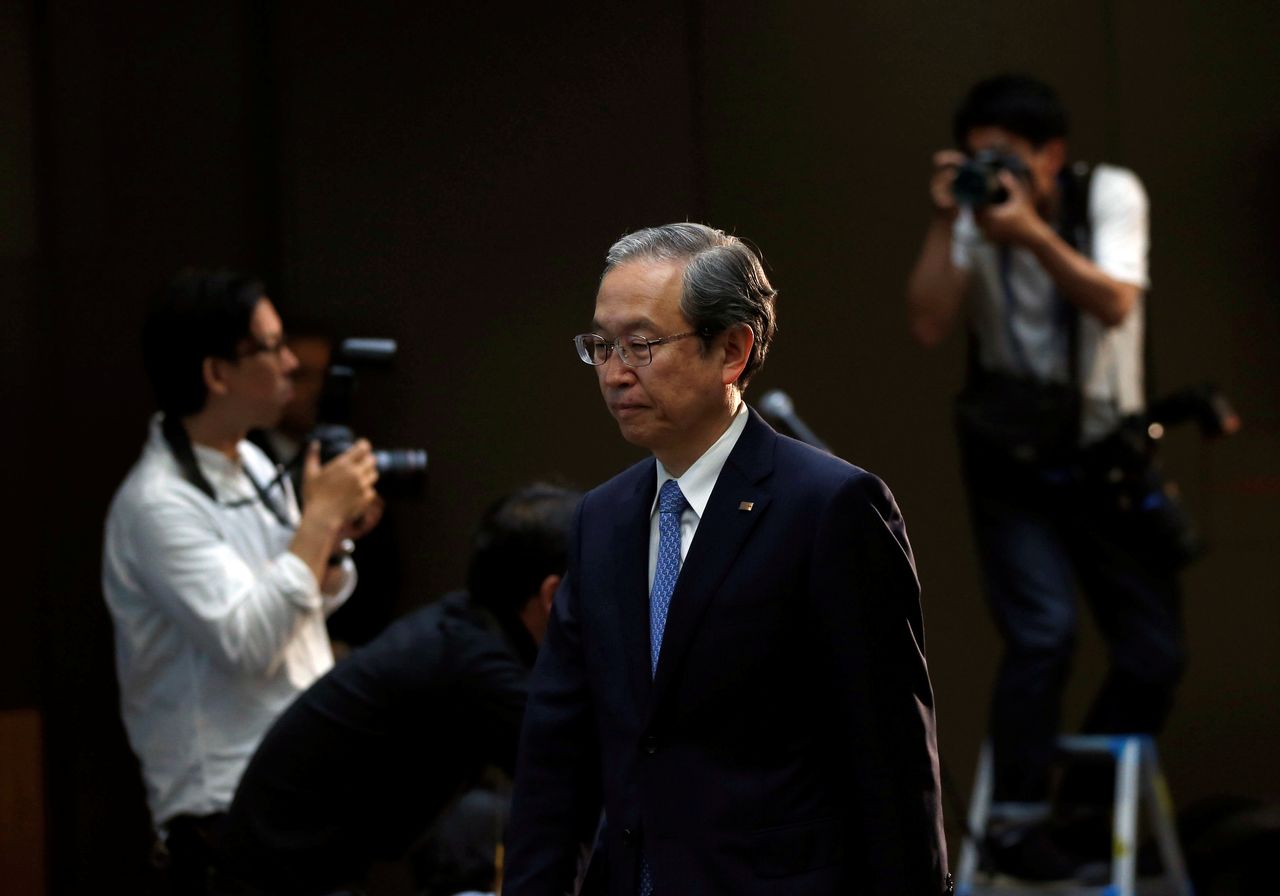 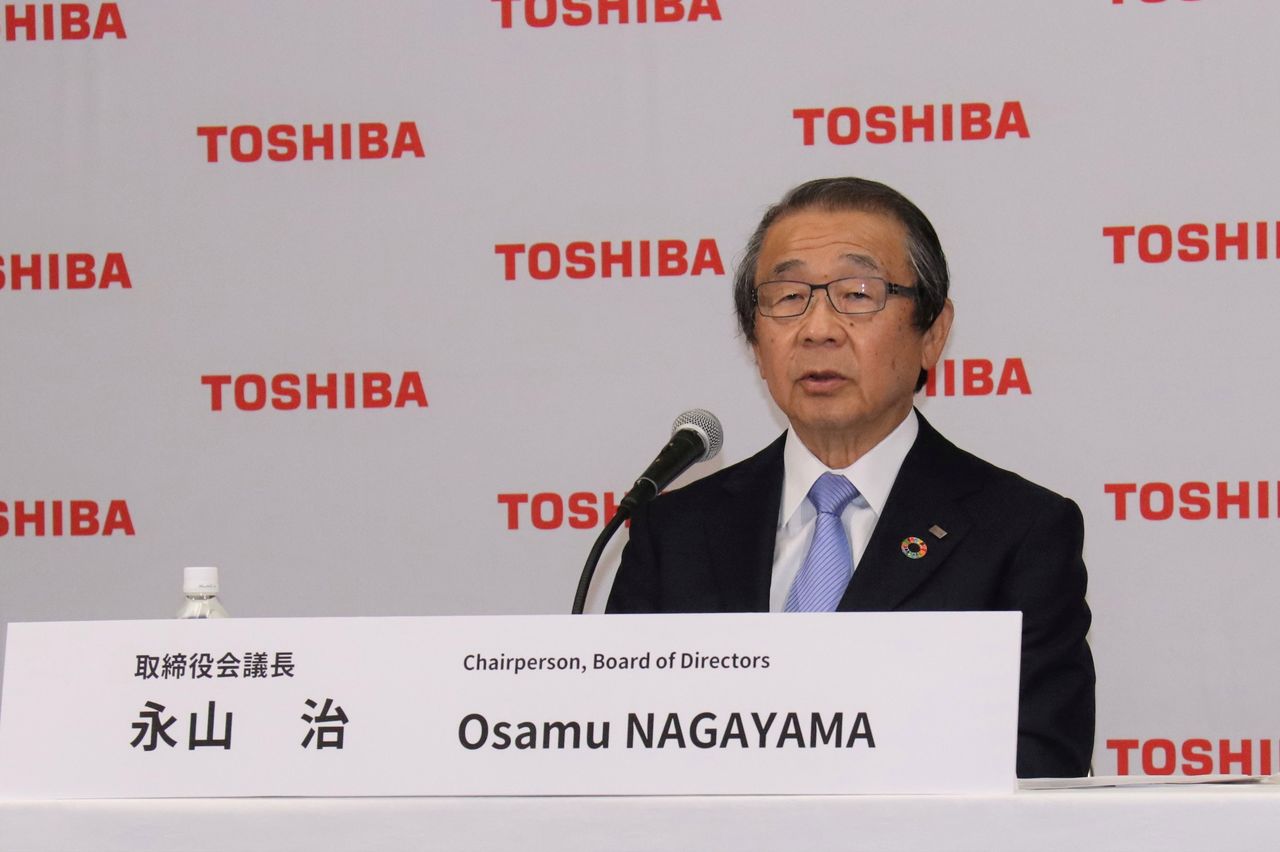 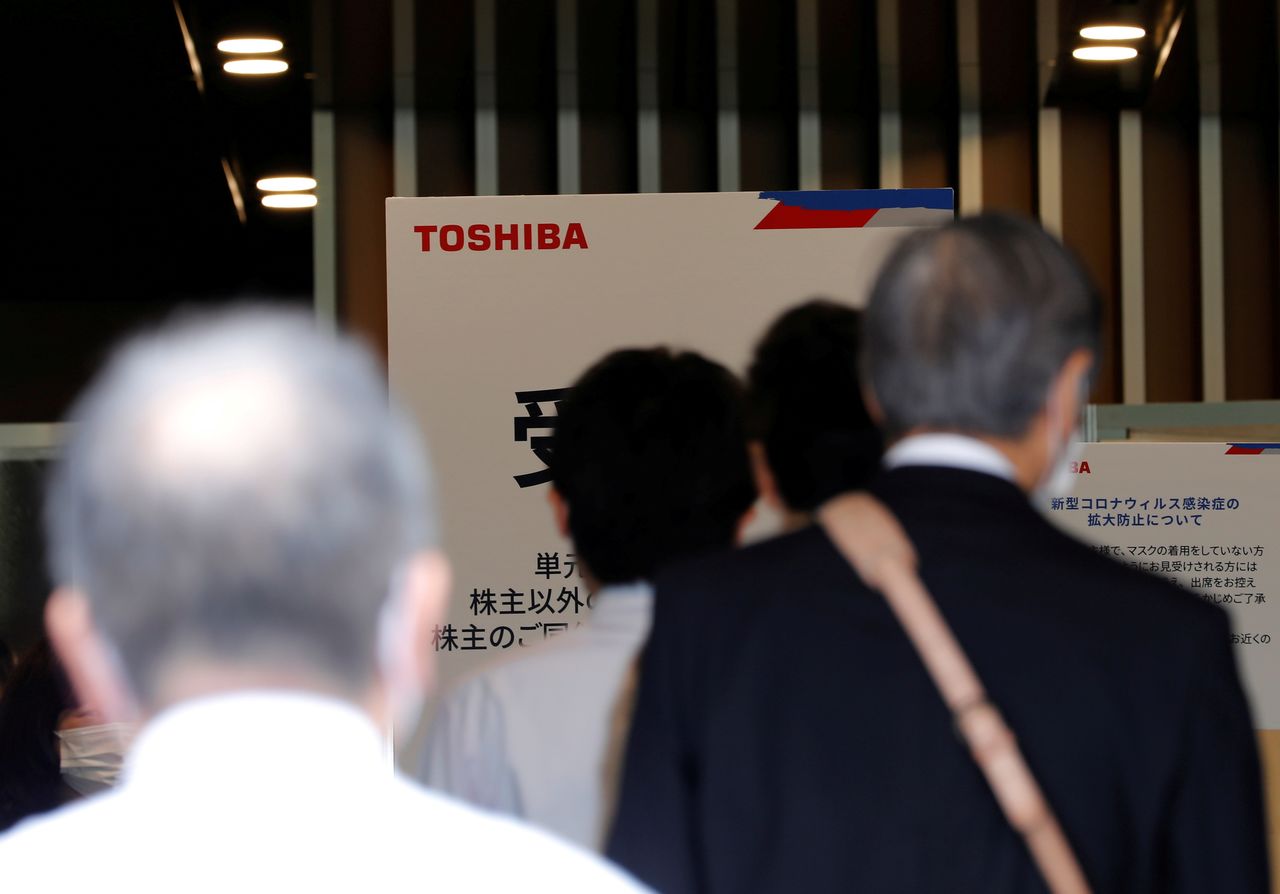