Japan to give 6 million doses of vaccines to Taiwan, 5 SE Asia nations 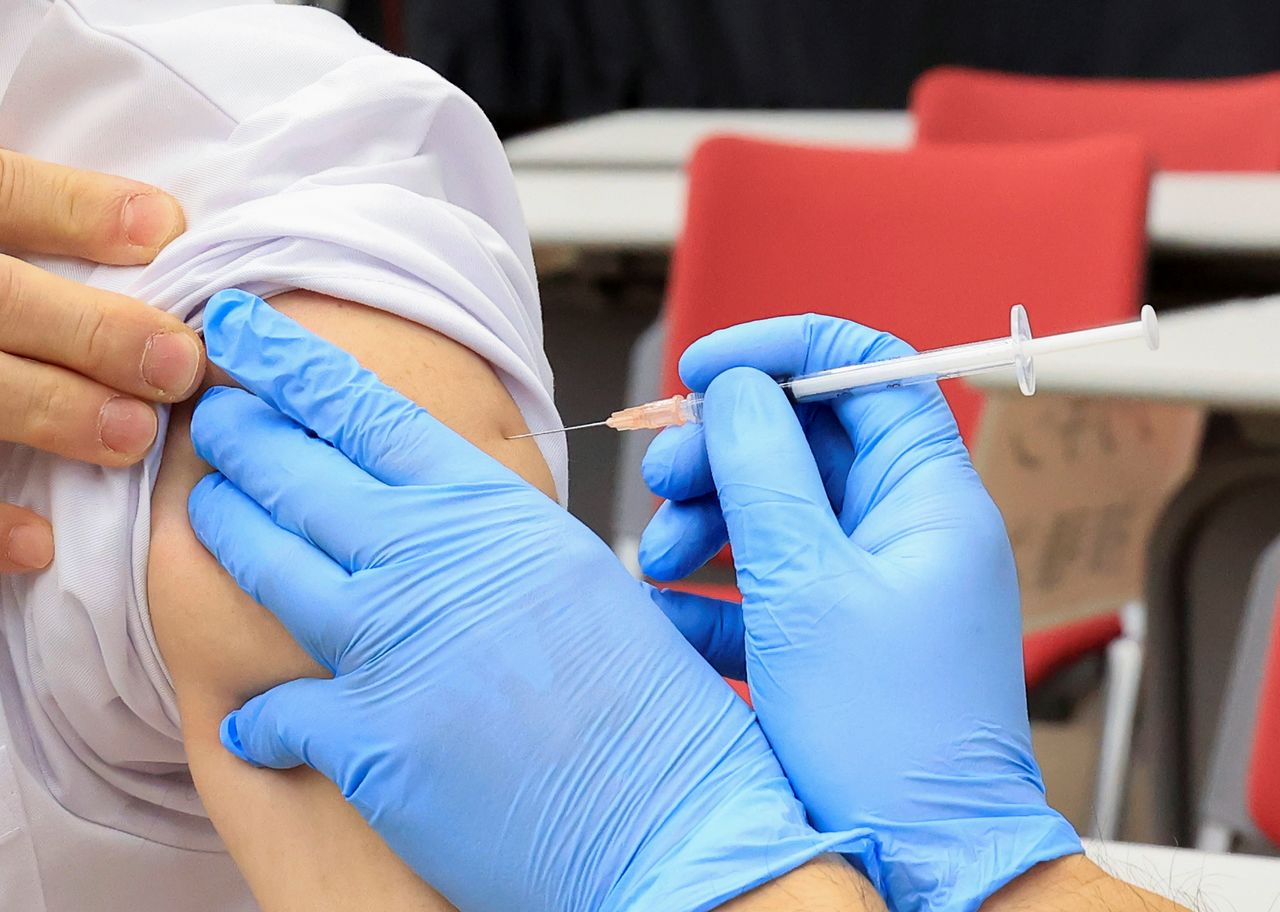 FILE PHOTO: A medical worker receives a dose of the vaccine against the coronavirus disease (COVID-19) at the Tokyo Metropolitan Cancer and Infectious Diseases Center Komagome Hospital in Tokyo, Japan March 5, 2021. Yoshikazu Tsuno/Pool via REUTERS

TOKYO (Reuters) -Japan said on Friday it would send 2 million additional doses of AstraZeneca Plc's COVID-19 vaccine to Taiwan and Vietnam and arrangements were being made to send 1 million doses each to Thailand, Malaysia, Indonesia and the Philippines.

The direct donations, which should help Japan to increase its diplomatic influence in Asia, come as wealthy nations are being pushed to provide more doses to the global vaccine sharing scheme COVAX to cover a 200-million dose shortfall.

While densely populated lower-income countries act as incubators for new and more dangerous strains of the coronavirus, some of the poorest countries have vaccinated fewer than 1% of their populations, according to estimates from Gavi, a global vaccine alliance that runs COVAX with the World Health Organization.

Japan has pledged $1 billion and 30 million doses to the COVAX facility and said this month its direct shipments to Asian neighbours are being made outside of COVAX to speed up delivery.

A Taipei-based official familiar with Japan's two vaccine donations said while the Japanese government has been subtle in its offers, mainly focusing on Taiwan's urgent medical need, there was a broader message.

The donations are actually an important move to echo the U.S. campaign of a free and open Indo-Pacific region to counter China's geopolitical clout in the region, the person said, speaking on condition of anonymity as they were not authorised to speak to the media.

Taiwan has accused China of blocking its access to foreign vaccines, which Beijing denies. The island, which China claims as its own territory, also received 2.5 million vaccine doses from the United States this month.

Japan is drawing on 120 million doses of the AstraZeneca vaccine it has reserved, as it has no immediate plans to use the shots at home amid lingering concern over international reports of blood clots.

Its foreign minister, Toshimitsu Motegi, said on Friday Japan would start to supply 11 million doses in total to regions including Southeast Asia, Southwest Asia and the Pacific islands through the COVAX from mid-July.