China listing frenzy in U.S. set to be boosted by Didi IPO 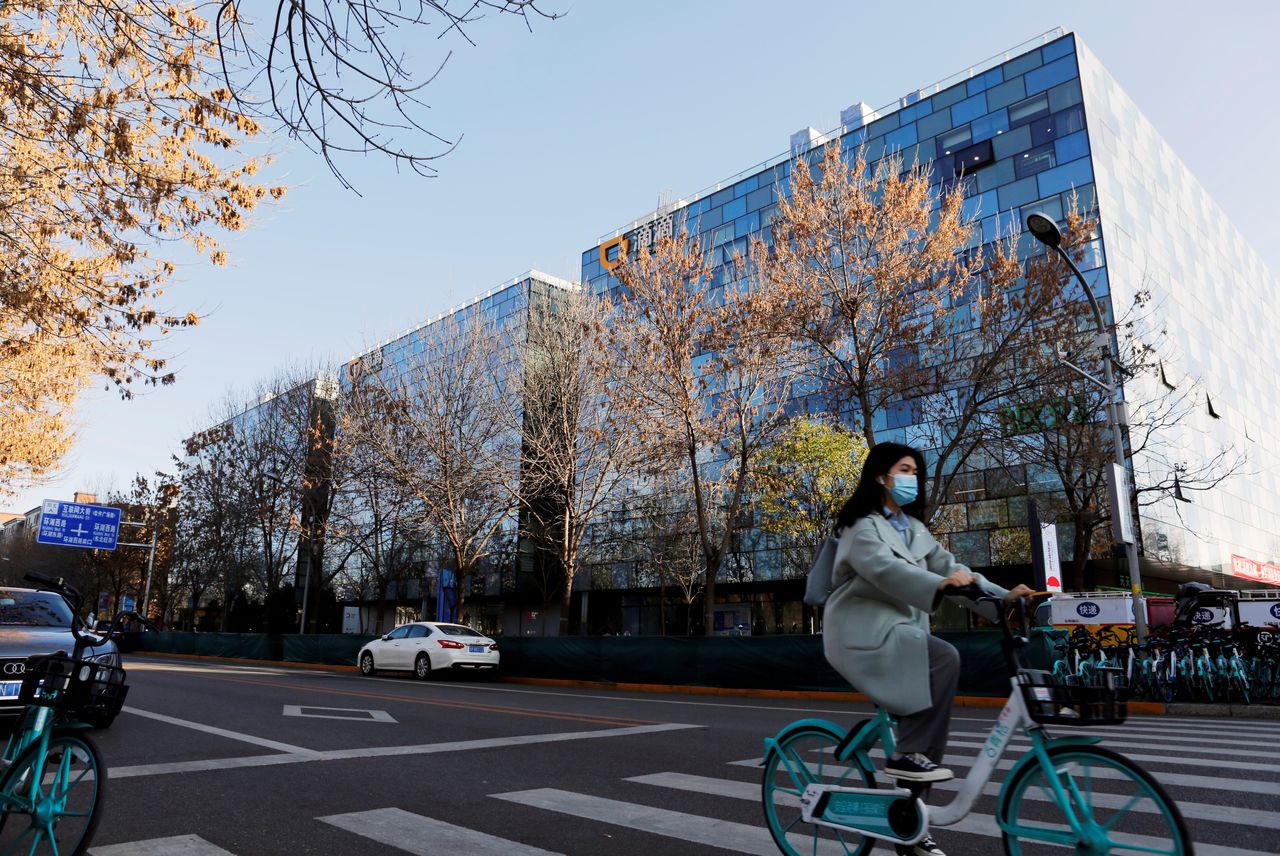 HONG KONG (Reuters) - Ride-hailing giant Didi Chuxing's planned $4 billion New York debut will supercharge Chinese listings in the United States on the back of an all-time high in the first half the year, despite political sparring between the two countries.

A total of 29 initial public offerings (IPOs) by Chinese companies in the United States in the first six months of the year raised $7.6 billion, the highest amount ever for that time period, according to Refinitiv data.

That was significantly higher than the $1.9 billion worth of listings in the same time period last year when Chinese firms were more cautious about uncertainties over the economic fallout from the coronavirus pandemic.

The rush of listings happened despite continued political tension between the two countries under President Joe Biden, and the looming threat of U.S. kicking out Chinese companies if they fail to meet auditing standards.

"Having contemplated the audit requirements coming into play for quite some time, it doesn't seem that the investors' appetite has changed nor the issuers' appetite to list and raise funds from U.S. listings has changed.

There are now 10 companies with public filings to list in the United States, the largest being Didi which is aiming to raise $4 billion for a valuation of more than $60 billion. The 29 listings so far in 2021 compares with just 13 at the same time last year, according to the data.

The Biden administration has pressed on with the Holding Foreign Companies Accountable Act, signed into law by then-President Donald Trump in December, which is aimed at removing Chinese companies from U.S. exchanges if they fail to comply with American auditing standards for three years in a row.

The biggest Chinese listing in the United States so far this year was Full Truck Alliance, sometimes referred to as "Uber for trucks", which raised $1.6 billion earlier this week. E-cigarette company RLX Technology followed closely behind, raising $1.4 billion in January.

Didi is expected to be the biggest U.S. IPO this year.

The share sale, which will price on Tuesday, will also be one of the biggest by any Chinese company in the United States since Alibaba raised $25 billion in 2014.

The level of equity capital markets (ECM) activity across Asia so far this year, following a record 2020, has surprised dealmakers.

There has been $250.6 billion worth of equity capital market deals in the Asia Pacific, including Japan, in the first half of 2021, up 70.7% compared with the same time last year, Refinitiv data showed.

"On the back of a global recovery, we expected to see a sustained level of activity, but we didn't foresee activity up 90% year-on-year," said Alex Abagian, Co-Head of Asia Pacific ECM at Morgan Stanley, using a figure that excludes Japan and China A-shares.

"That is extraordinary on the back of a very strong 2020."

Technology deals accounted for 24% of Asia IPOs in the first half and the prospect of more emerging in the second half remains strong, according to Refinitiv data.

"There are still tech companies looking to come to list in Hong Kong in the second half of this year, or the early part of next year, so tech is still a big theme," said Peter Cheng, partner at law firm Deacons.